in Round Up | Fly Fishing 2014 | Written by Christine Rogel | Photography by HEIDI LONG Posted at 18:10h 0 Comments
Share

The Wyoming Game and Fish Department is now accepting artwork of sauger, a Wyoming game fish, for the 2015 Wyoming Conservation Stamp Art Contest. Each year the department selects one species to be the subject of the competition and eventually appear on 200,000 conservation stamps.

Judging will take place on April 11 and the winning artist will receive a cash award of $3,500, followed by a second place prize of $1,500 and third place prize of $750. Typically the department receives 50 to 80 entries. The competition is open to professional artists and entries must be postmarked by March 1. For more information and official contest rules, visit wgfd.wyo.gov.

These close relatives of the walleye are native to streams east of the Continental Divide. In the early 1900s, sauger swam in the North Platte River, but today they are found in the Wind, Bighorn, Tongue and Powder river drainages. Wyoming’s state record sauger was caught out of Boysen Reservoir in Fremont County in 2007 and weighed 7 pounds, 8 ounces.

The U.S. Fish and Wildlife Service proposed a revision in the habitat designation of the Canadian lynx, which is threatened under the Endangered Species Act (ESA). The proposal would designate more than 41,000 square miles within Maine, Minnesota, Montana, Idaho, Washington and Wyoming as critical habitat for the elusive forest-dwelling cat.

The agency listed the lynx as threatened under the ESA in 2000. Though documented in 24 states, only a few places in the Lower 48 have consistently supported lynx populations, including northwestern and southwestern Montana, northeastern Idaho and northwestern Wyoming in the Northern Rockies. Because lynx are so rare and difficult to closely monitor over time, the size of the total Lower-48 population is unknown, but likely small.

Critical habitat was designated for the species in 2006 and those boundaries were revised once already in 2009. The current proposal addresses two court orders resulting from litigation over the current habitat designation. It includes most of the areas designated in 2009 and would add private timber lands in Maine and Bureau of Land Management and National Park Service lands in northwestern Wyoming. In the new proposal, the service is considering whether to exclude 1,915 square miles of tribal land and lands covered by lynx conservation plans in three states. If excluded, the remaining 39,632 miles would reflect an increase of 632 miles from the 2009 designation. It also includes a revised boundary, which would ensure that all lynx in the contiguous United States are protected under the ESA. A final determination is expected to be reached by September 2014.

Montana State Parks saw a 5 percent increase in park visitation for summer 2013, making it the best summer season on record with more than 1,570,000 visits from May through September. Overall, summer visitation is up 12 percent over a three-year trend.

Visitation grew despite the closure of Bannack State Park for seven weeks (due to flash flooding) and the cancelation of Bannack Days, the largest attended event in the state park system.

Of the state’s 54 parks, Giant Springs State Park in Great Falls topped the list with more than 174,000 visits. On average, about 75 percent of visits for 2013 were Montana residents and 25 percent were from out of state.

Arctic Grayling Up For Protection in Missouri River

A unique Montana fish species, the river-dwelling Arctic grayling, will be reviewed by the U.S. Fish and Wildlife Service (FWP) to see if it warrants threatened or endangered status in the upper Missouri River.

The only populations of Arctic grayling native to the Lower 48 states were in Michigan and Montana, and the Michigan population is now extinct. The lake-dwelling variety is fairly common in 30 or more lakes across the western half of Montana and the fish has been artificially introduced in many Montana rivers.

However the native population, which was widespread in the Missouri River basin above Great Falls, has declined significantly in range and abundance. Consequently, the only remaining viable and native grayling population swim in the upper Big Hole River, upstream from Divide, Mont., according to FWP.

Grayling are gullible to the angler’s lures and also seem to be easily out-competed by other salmonid species and this probably explains much of their demise from their native range, according to the Montana Field Guide. Additional stressors thought to contribute to their decline in the upper Missouri River basin include habitat alterations, non-native fish introductions, climate change and drought.

FWS found the grayling “warranted but precluded” from ESA protection after review in the 1990s. Another review in September 2010 produced a similar result. In November 2013, the agency announced that it would again evaluate the status of this iridescent, large-finned fish in the upper Missouri. Following the review, FWS will either propose to protect the fish under the ESA, or withdraw it from candidate status by September 30, 2014. For more information about federal efforts to manage Arctic grayling, visit fws.gov/mountain-prairie/fisheries/arcticgrayling.htm.

Would you believe that licensed anglers collectively dipped their lines into Montana waters 2.8 million days from March 2011 to February 2012? Well, that’s the estimate that Montana Fish, Wildlife and Parks (FWP) discovered during their biannual survey which estimates angling pressure on individual waters. And, amazingly, 2.8 million angling days is roughly a 17 percent decrease from the survey conducted two years ago, likely due to the cold, wet weather across Montana in the spring and summer of 2011, says FWP.

The 2013-14 angler survey began last April and will continue on a monthly basis through February. Questionnaires are mailed to randomly-selected anglers, and for the first time in 2013, the information can also be provided online, which saves the department some money on postage. Visit, fwp.mt.gov/fishing for more information.

The Dana Gallery in Missoula, Montana, is now accepting applications for the third annual Icons of the West, a juried exhibition opening May 2 at the gallery. Artists are asked to create an interpretation of a Western icon.

Last year, an independent jury selected 80 works from more than 240 submissions, exhibiting those works alongside nationally known artists selected to participate. Artists including Clyde Aspevig, Brent Cotton, Kevin Red Star and R. Tom Gilleon exhibited work in the 2012 show, which was an eclectic array of icons from cacti, to cowboys, bison to fly fisherman, field workers to grain silos.

The gallery will offer a $5,000 cash award for Best of Show and additional prizes in six other categories. There will also be a cash award for the Most Original Interpretation of the Theme, to encourage creativity. Artists working in all media are encouraged to email the gallery at iconsofthewest@danagallery.com for a prospectus.

Want to improve your favorite Montana trail? Or perhaps blaze a new one? Federal grants for trails are available in Montana through the Recreational Trails Program. Managed by Montana State Parks, the annual grant program provides federal funding to develop, maintain and rehabilitate urban, rural and backcountry trails. In 2014, there will be approximately $1.3 million in funding available in four grant categories. Applications are due by March 1. Apply at fundingmt.org.

If you’re looking for a quality fiberglass rod that won’t break the bank, Redington’s new Butter Stick, will do the trick. Released last summer, this retro-inspired, slow-action rod features a cork handle with sliding reel seat rings to accommodate any reel. Made with T-glass, one of the better materials for fiberglass rods, the Butter Stick offer smooth action with enough flex for soft presentations and enough strength to reach fish on the far bank. Available in 2 through 5 weights in multiple lengths, these butterscotch-colored rods are available for $249.95.

From Winston’s new Light Line series, the Boron III LS is a medium- to fast-action rod that’s responsive enough for those decisively delicate fly presentations. For the last 80 years, Winston has experimented with new materials to improve their rod design. That process lead to the creation of a rod using boron, material born from the aerospace industry. Boron allowed the company to remove excess weight from the rod while maintaining its accuracy and durability. Used in conjunction with graphite, the rod can handle technical fishing situations encountered by the small stream enthusiast hoping to catch big fish on a small fly. Handcrafted in Twin Bridges, Mont., the rod is available in 2 through 5 weight and retails for $795.

After fighting what feels like the fish of the century, nothing is quite as disappointing as losing it because your trusty net is less than reliable. At least that’s what Kevin Best, designer of the Nomad Net, discovered. “I was fed up with wooden nets that would break, sink and cause fatigue after carrying them around day after day, so I decided to combine my knowledge of sporting goods products with my love of fly fishing to create Nomad Nets,” explains Best. The Nomad Net is made from carbon fiber and fiberglass composite for a lightweight and durable accessory that’s easy to carry around. Made to withstand heavy use, the nets are waterproof and buoyant in case the net (or you) go for a swim. Available in five styles and different color options, Nomad Nets retail from $115.95 to $239.95.

Switch rods, which are slightly shorter than spey rods and can be cast with one or two hands, are gaining in popularity for their versatility and performance. Catching wind of the trend, RIO Products designed their new Switch Chucker Line to make it easier to cast big, heavy streamers, indicators and sink tips long distances. Made for easy casting, this super powerful line with its 25-foot-long head and thick handling section, allows for effective mending and fly control. Designed specifically for switch rods casting large flies and available in 4 through 9 weight, the Switch Chucker can handle rods up to 12 feet and longer. Find the line at RIO dealers for $89.95.

The Wyoming Game and Fish Department is now accepting artwork of sauger, a Wyoming game fish, for the 2015 Wyoming Conservation Stamp Art Contest. 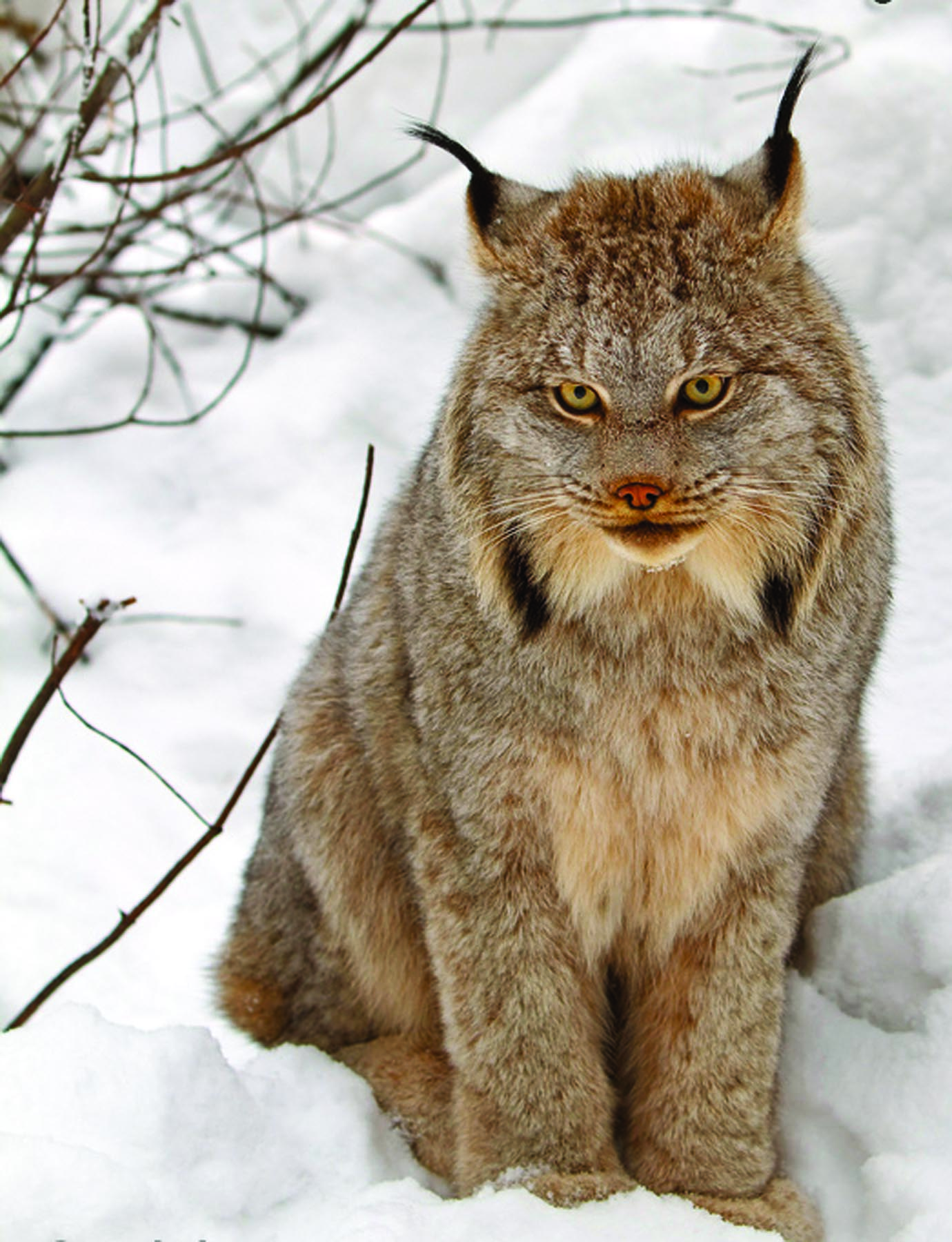 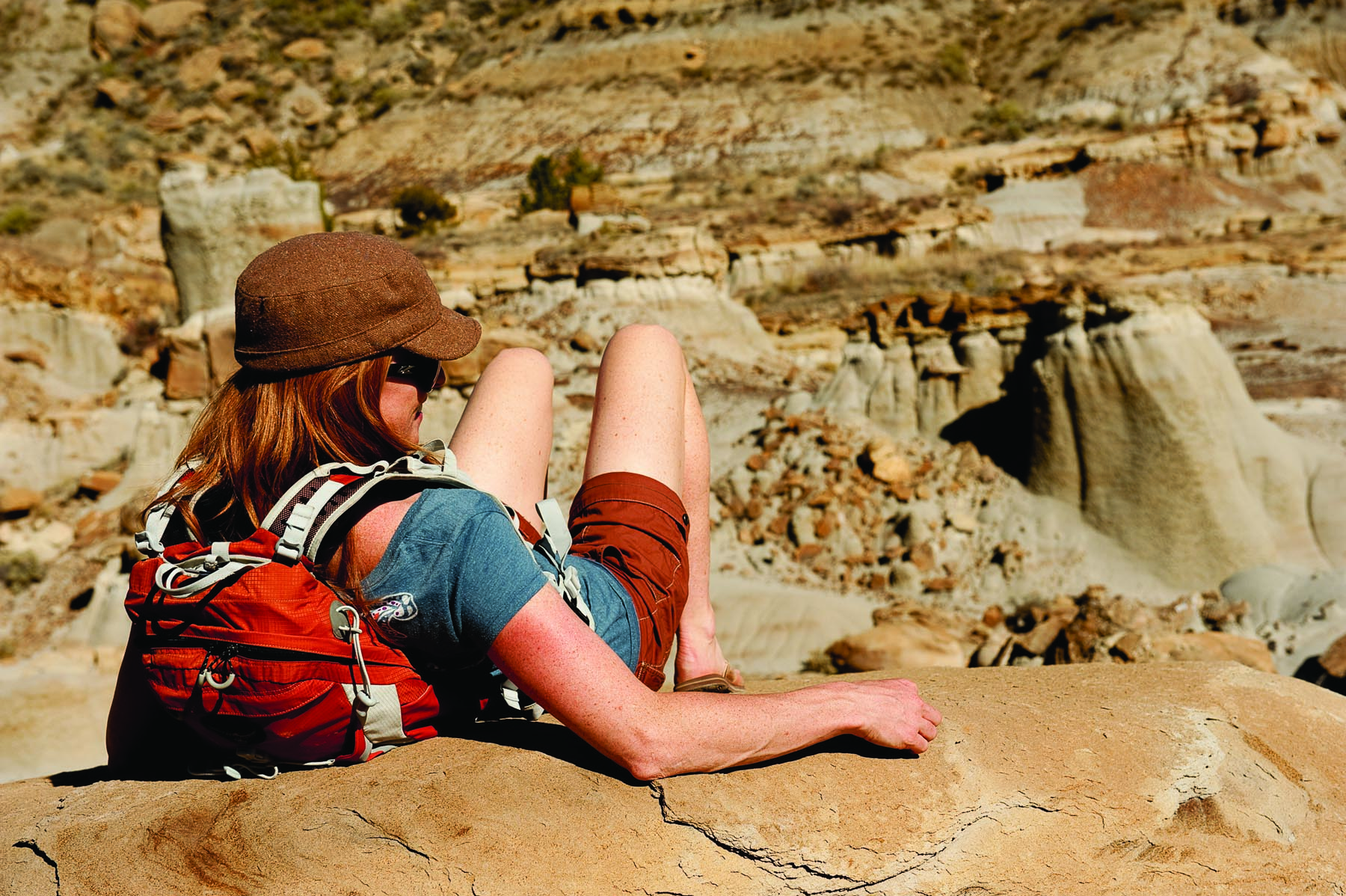 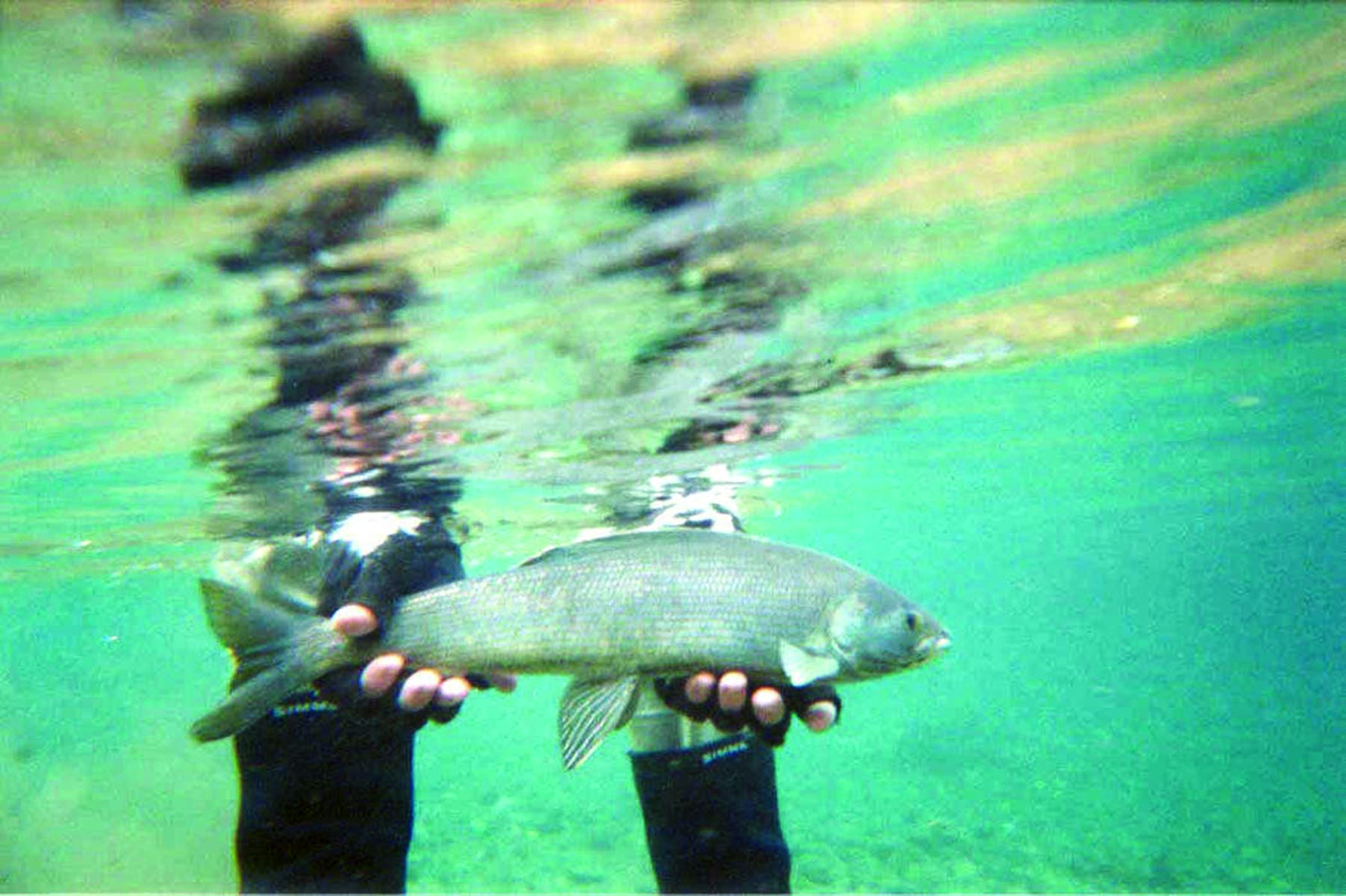 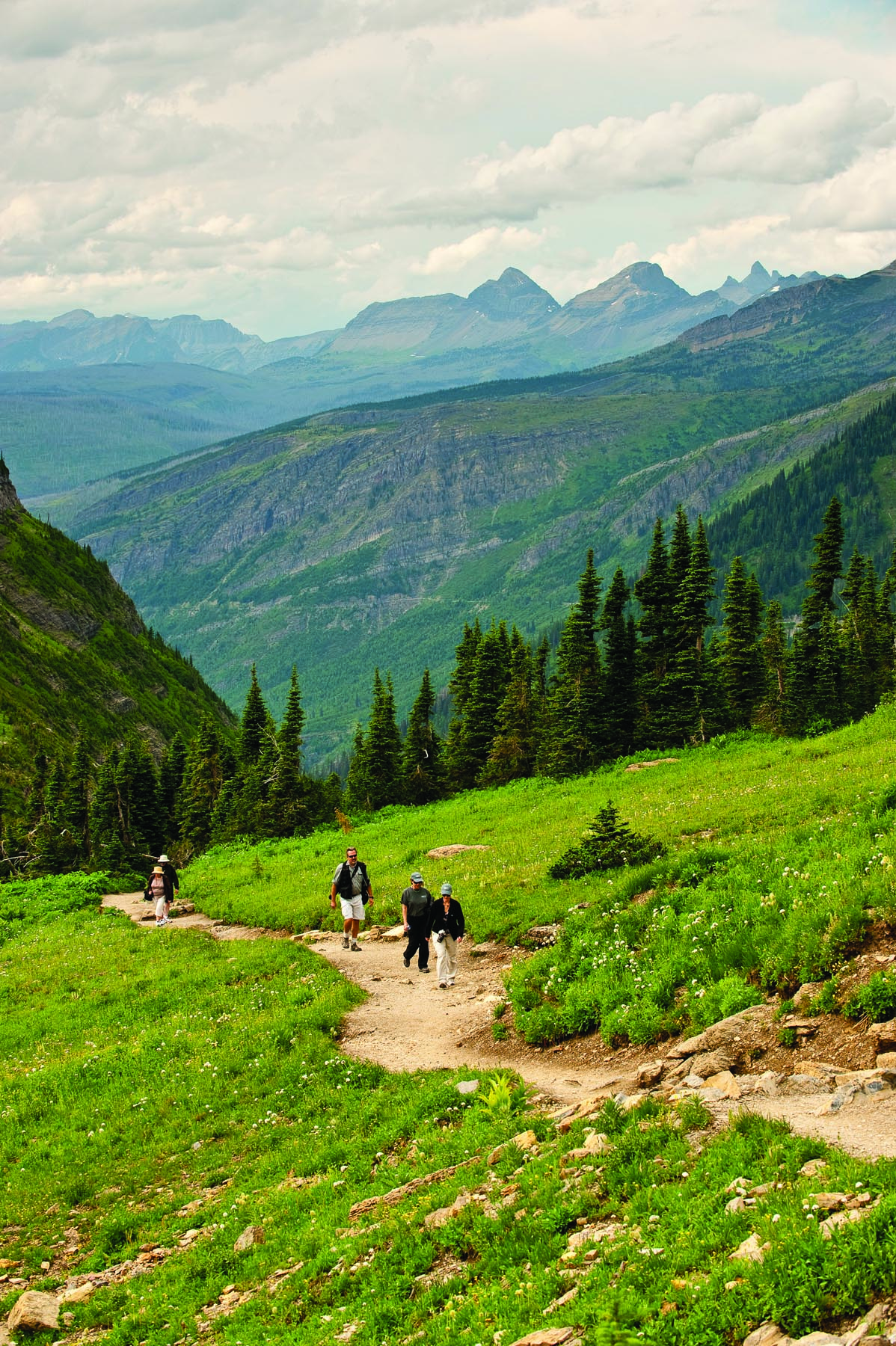 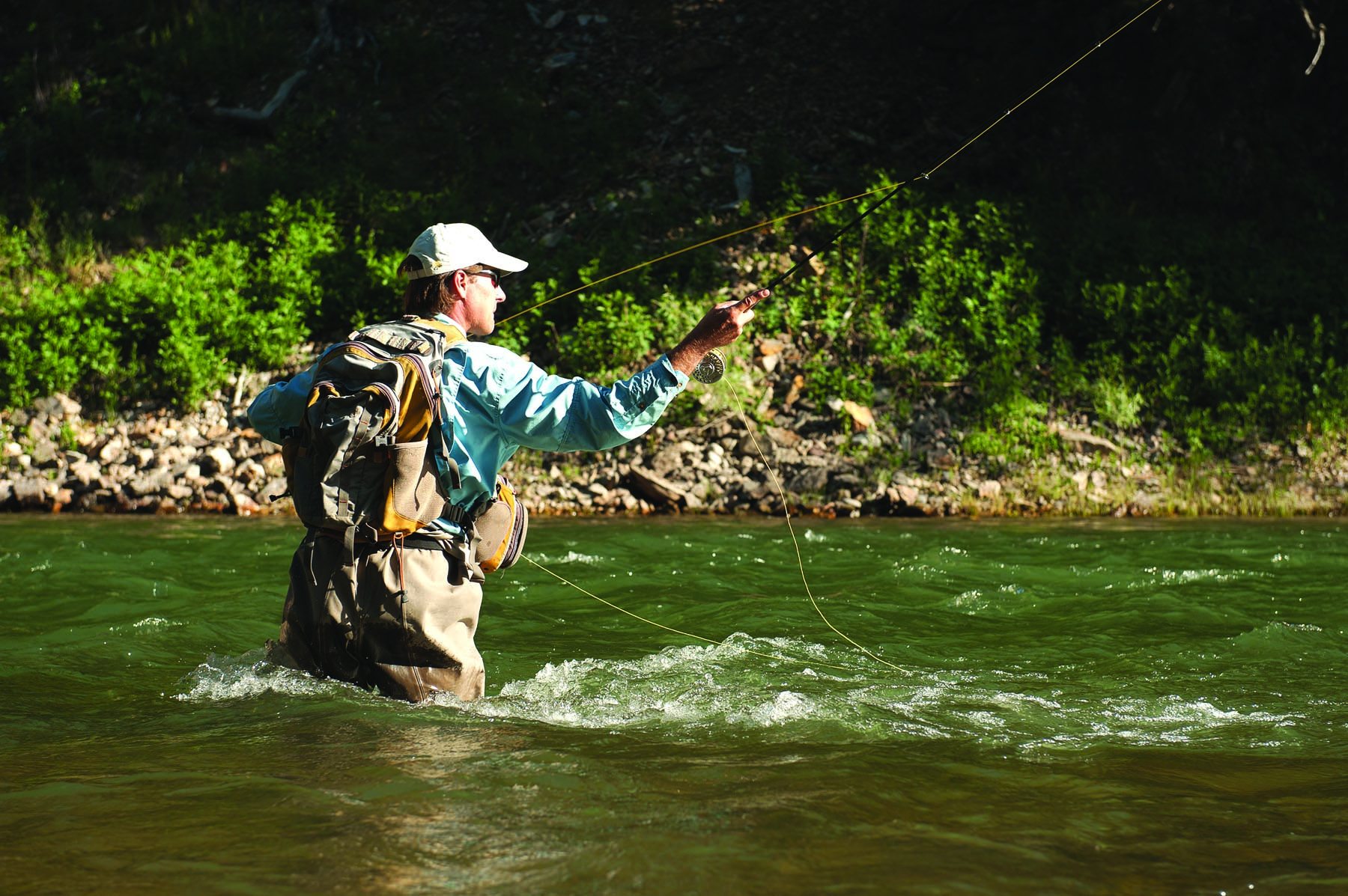 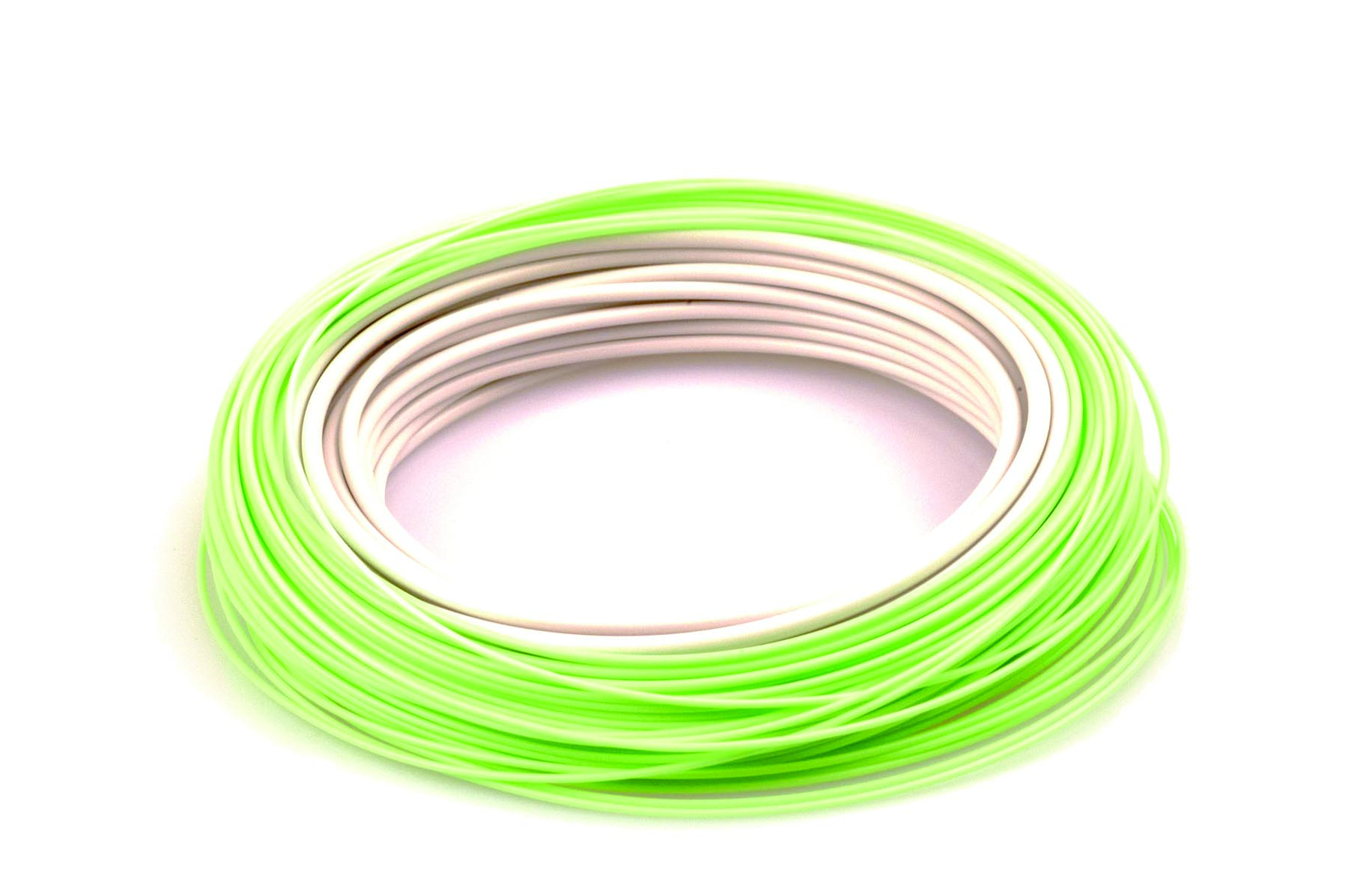 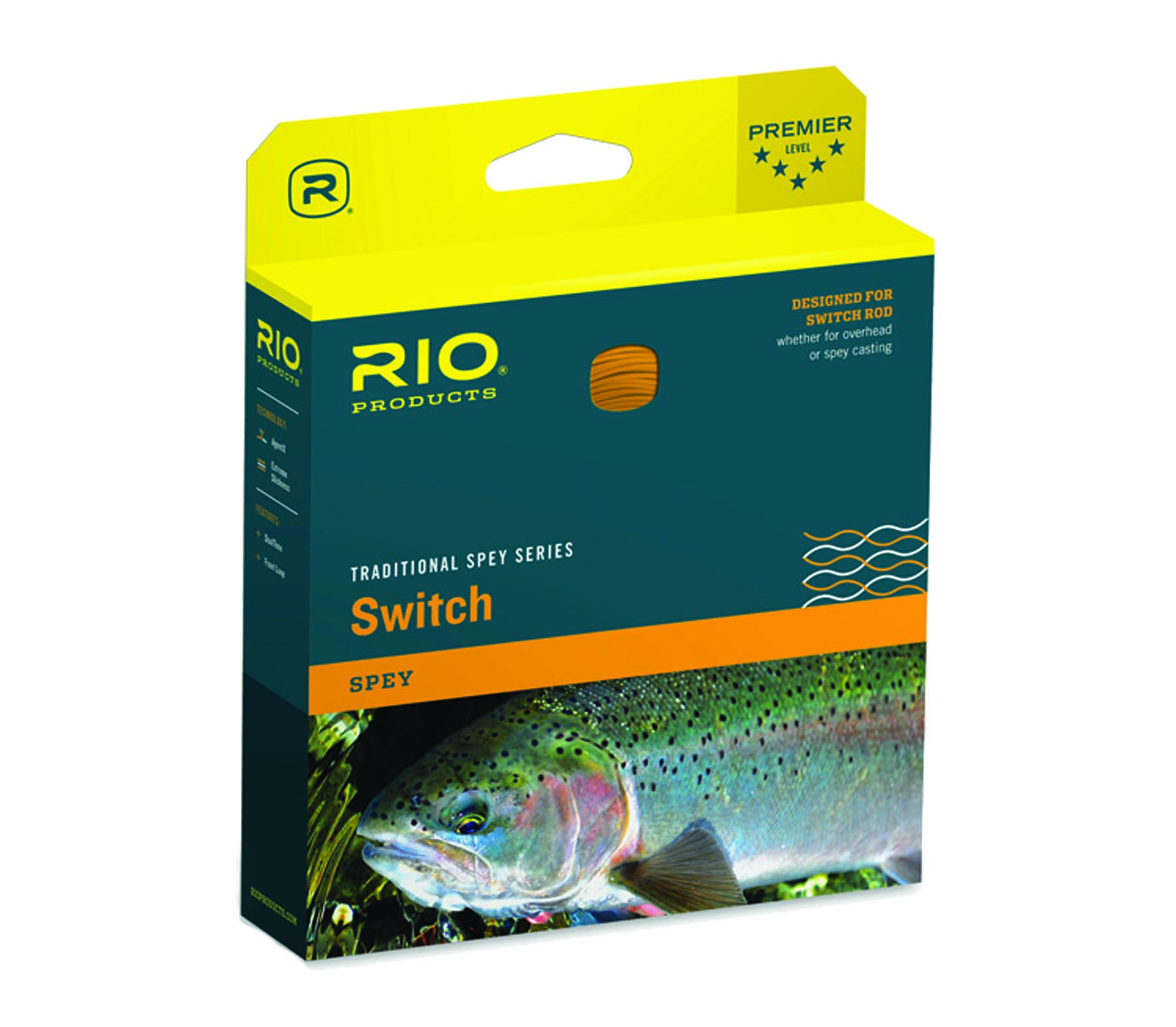