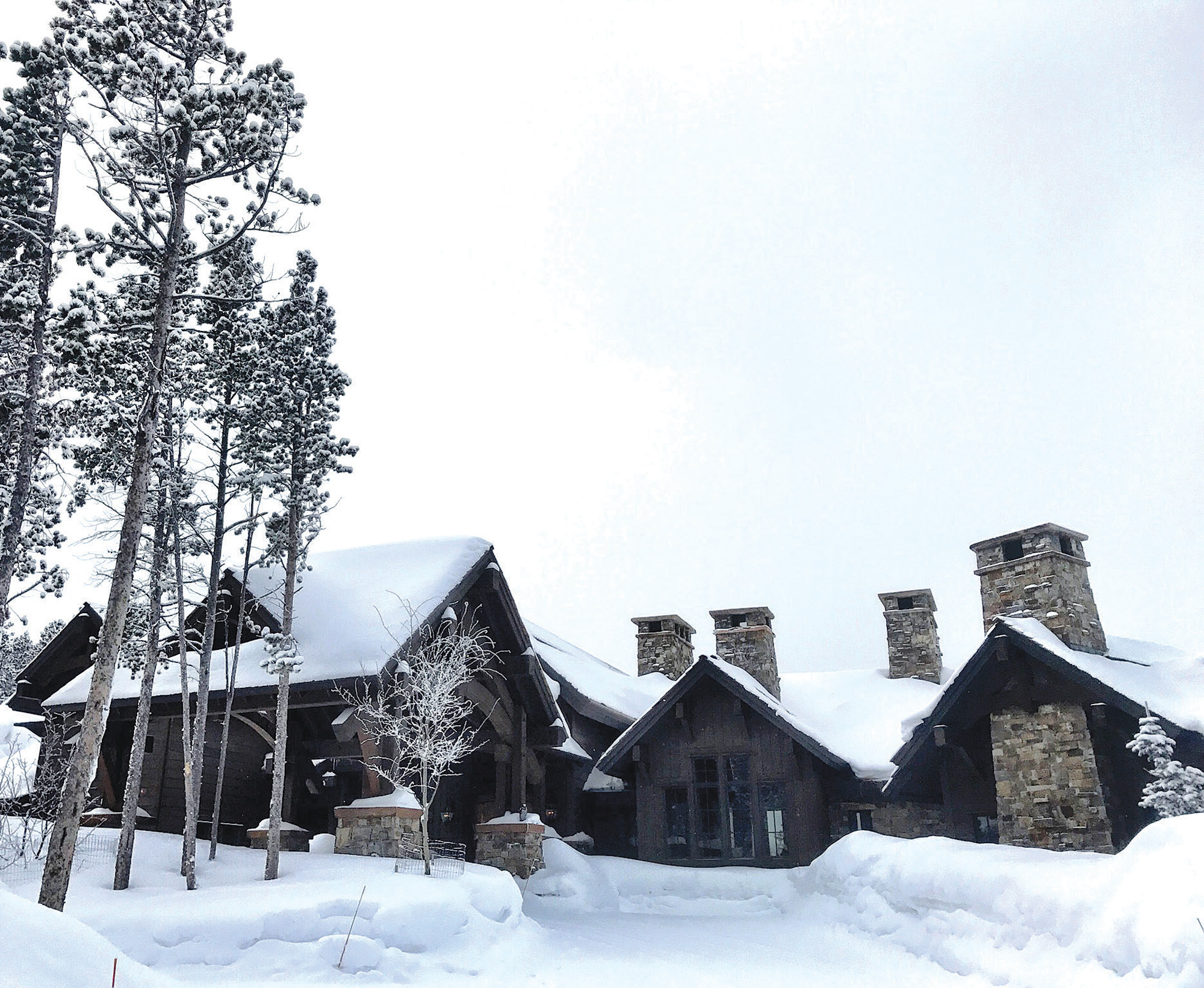 If you’ve ever traveled from sea level to a high-elevation mountain vacation, you’ve probably felt the effects of altitude. Headaches, sleeplessness, nausea, light headedness, slight confusion, whatever the symptoms may be, they can last for days, and if your ski vacation is only a week long, that’s a good chunk of the vacation spent feeling bad.

A relatively new trend for high-elevation homeowners is to have oxygen systems installed. After struggling with the effects of sleeplessness due to altitude, a San Francisco, California-based couple just had a system installed in the Yellowstone Club home they built in 2009, and it’s made a huge difference. “I would wake up an average of eight times a night and have zero deep sleep,” the husband said. “I was struggling enough, and my wife was too, that I started searching online. There’s a lot of academic literature on how and why oxygen works.” The couple had oxygen installed in two bedrooms to test it out initially, and also had a couple of head sets put in for a quick boost in case someone in the house was feeling bad.

“It’s really pretty magical,” he said. “It’s made such a huge difference; we’re having them installed in all of the bedrooms.”

What happens to the body at high altitude?

Studies have shown that exposure to high altitude, especially sudden exposure, is associated with cognitive decrement, mood changes, and acute mountain sickness (AMS). Although AMS symptoms can be mild, sleeplessness, nausea, and dizziness are the most common. Sleep is known to be impaired at high altitude, and this can be a leading factor in the general feeling of malaise.

There are no tanks or bulky equipment; the systems are installed in the walls. Energy 1, the Bozeman, Montana, and Jackson Hole, Wyoming-based energy solutions company that installed this couple’s system, along with many others, installs two different types. Partnering with The Oxygen Company, their “Ambient System” provides free flowing oxygen for bedrooms and enclosed areas, while a “Directed System” increases oxygen to specific areas of the room and can be used through a headset or wand. “Basically, it’s as simple as turning on a switch when you arrive,” said Leo Crane, vice president of Energy 1. “We are able to manage and control the cycle times of the system, so if someone is showing up with different health characteristics and sleep patterns we can adjust it.”

How an oxygen system works

“Depending on the location and elevation of the home, we can bring down the relative altitude in whatever room we are controlling, providing for a much more comfortable environment when someone is trying to sleep at altitude that first night,” explained Crane. “Then, depending on the client’s specific needs, it can be tapered off. For example, the following nights could be controlled to establish incrementally higher relative altitudes for that environment. Depending on the person, we can match the needs of that individual taking into account where they are from, their age, and other characteristics.”

The systems are set to turn on in bedrooms in the early evening, and then run until morning. “The system typically cycles through the night during sleep hours when the body is in its rest and recovery mode,” Crane explained. “After the fourth or fifth night, owners may choose to scale back the run-time of the system or simply turn it off if they are feeling acclimatized by then.”

Although many homeowners are adding oxygen systems into new builds, Crane said that one can retrofit a system into an existing home. “We can customize the system depending on the home and the needs,” Crane added. 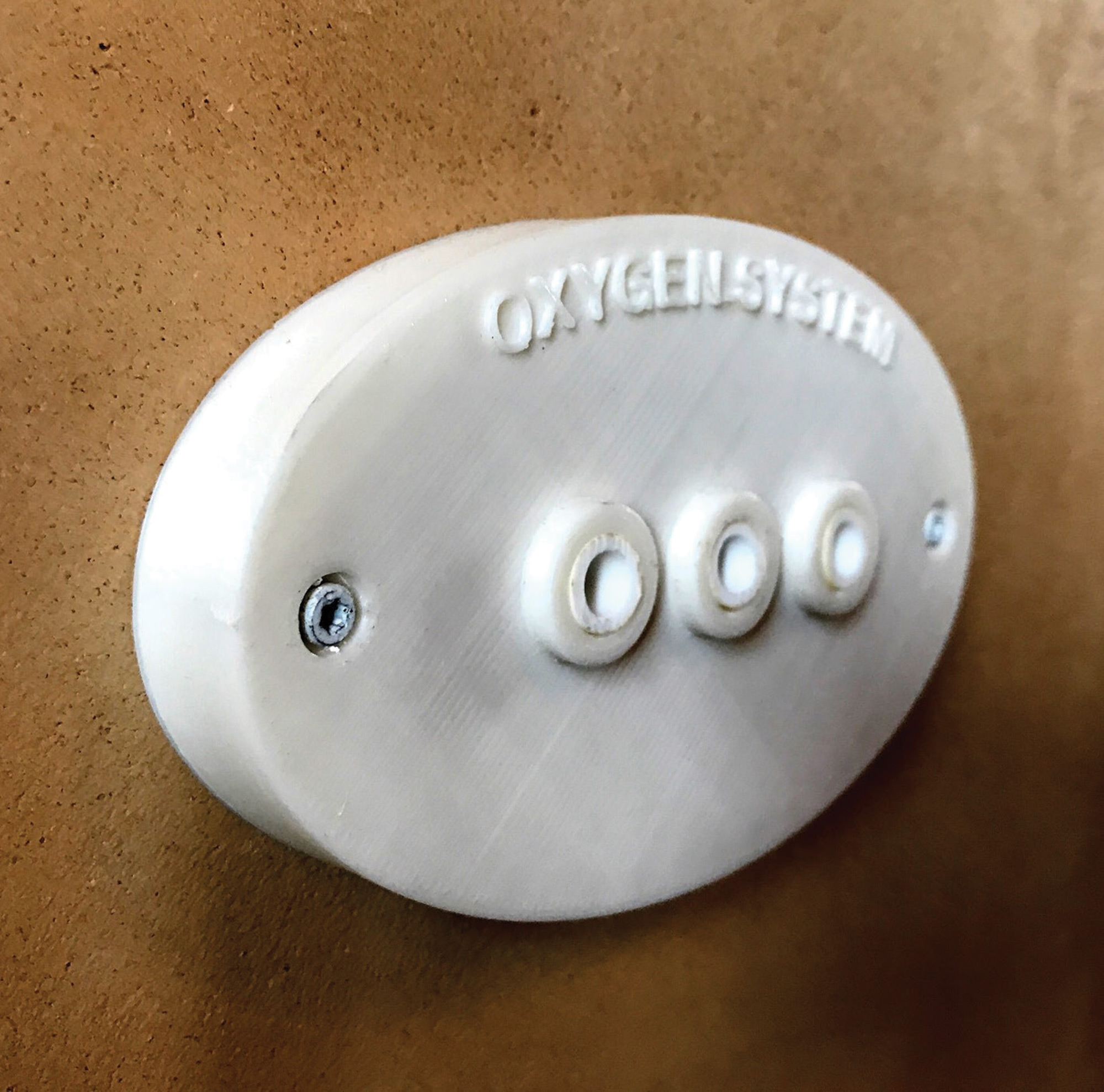 In-room ambient ports can be left as-is or customized to match a particular wall finish or paint color. They can also be flush-mounted to blend with the aesthetic of the room. 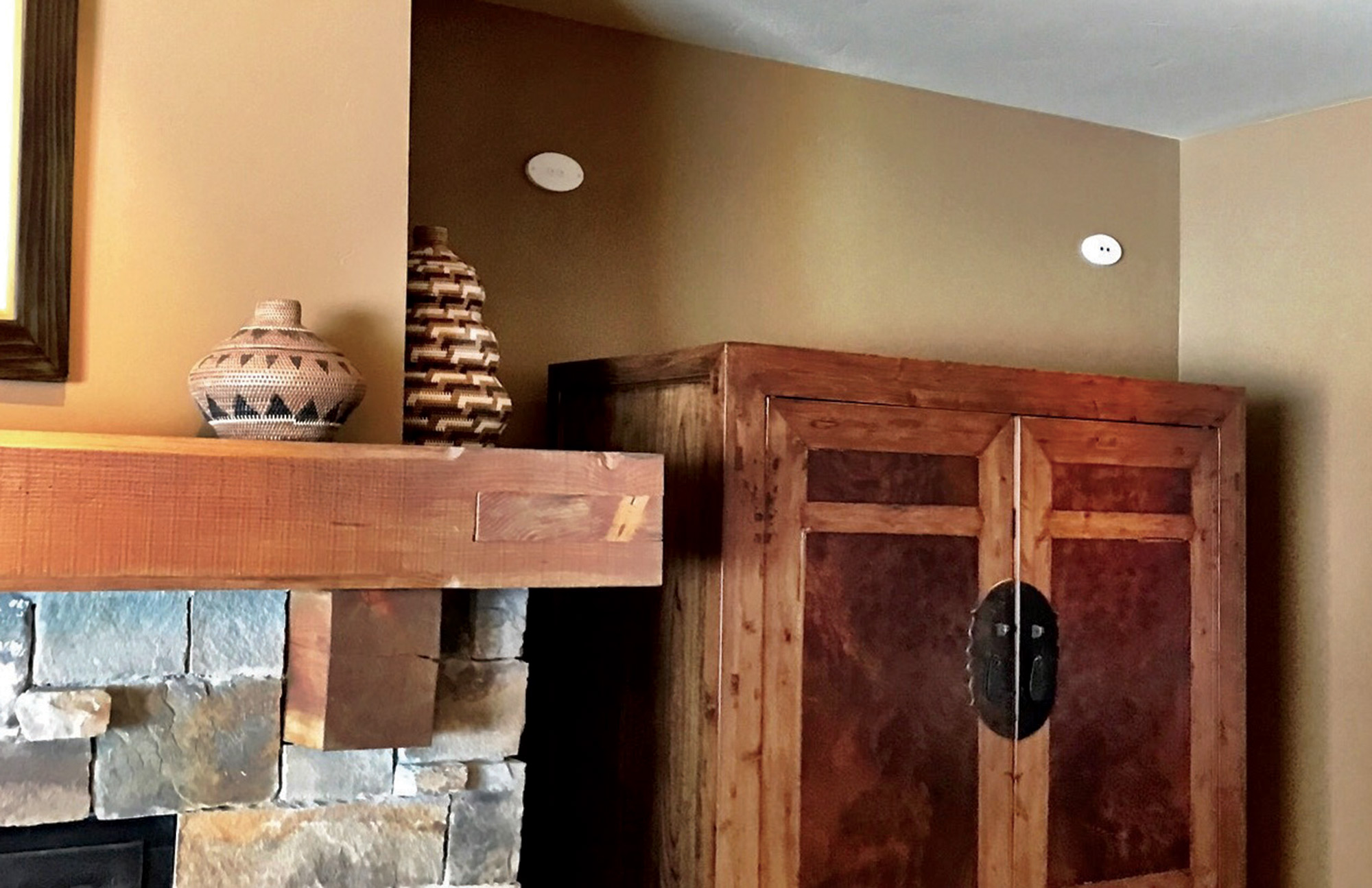 Ambient ports are installed on the wall for in-room oxygen enrichment. 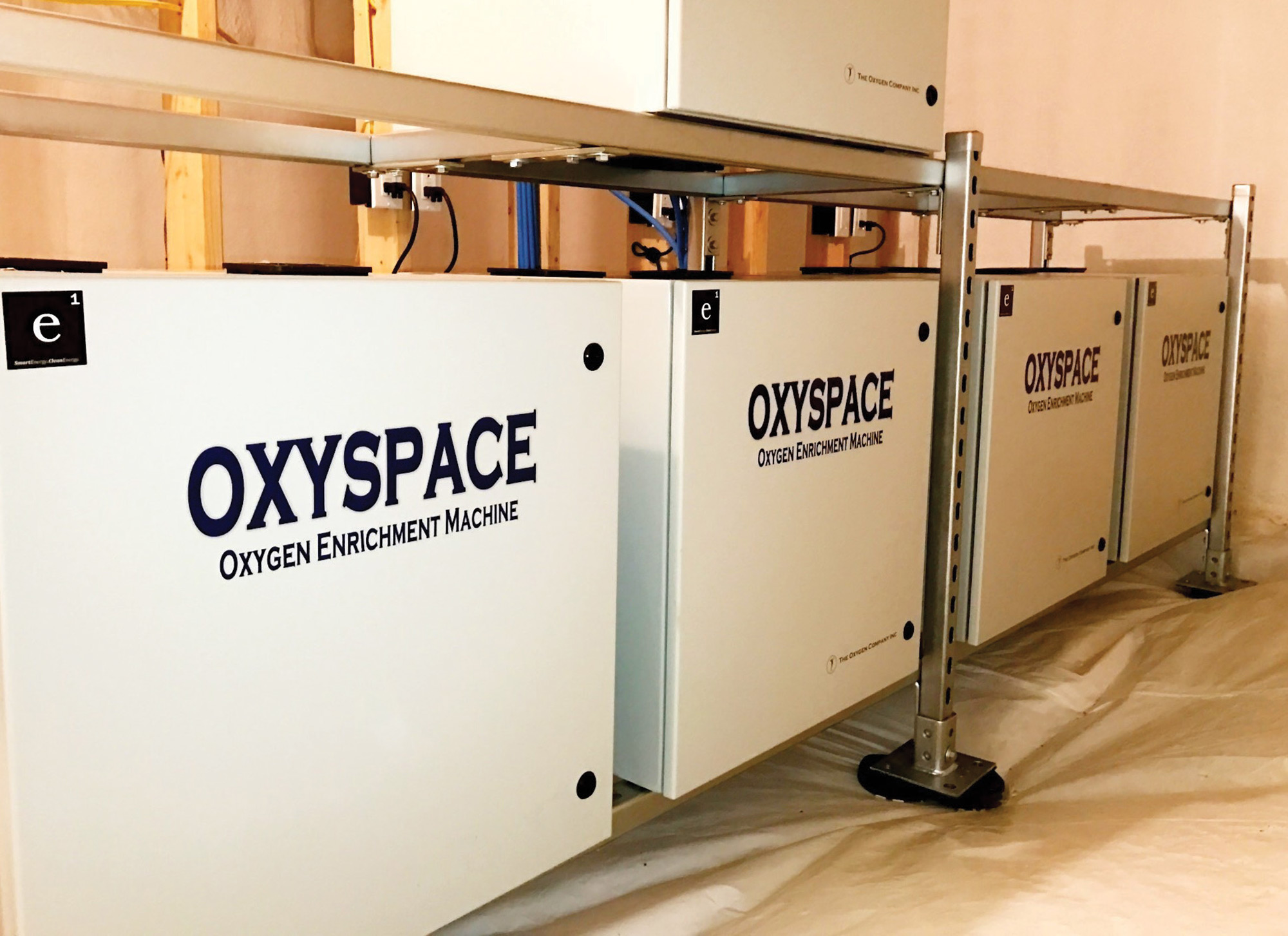 Equipment is typically located in a remote location of the home with distribution extending to bedrooms and other areas as needed.

This Big Sky Residence, located on the top of Andesite Ridge at an elevation of approximately 8,800 feet, recently had an oxygen system installed by Energy 1, using equipment from The Oxygen Company.