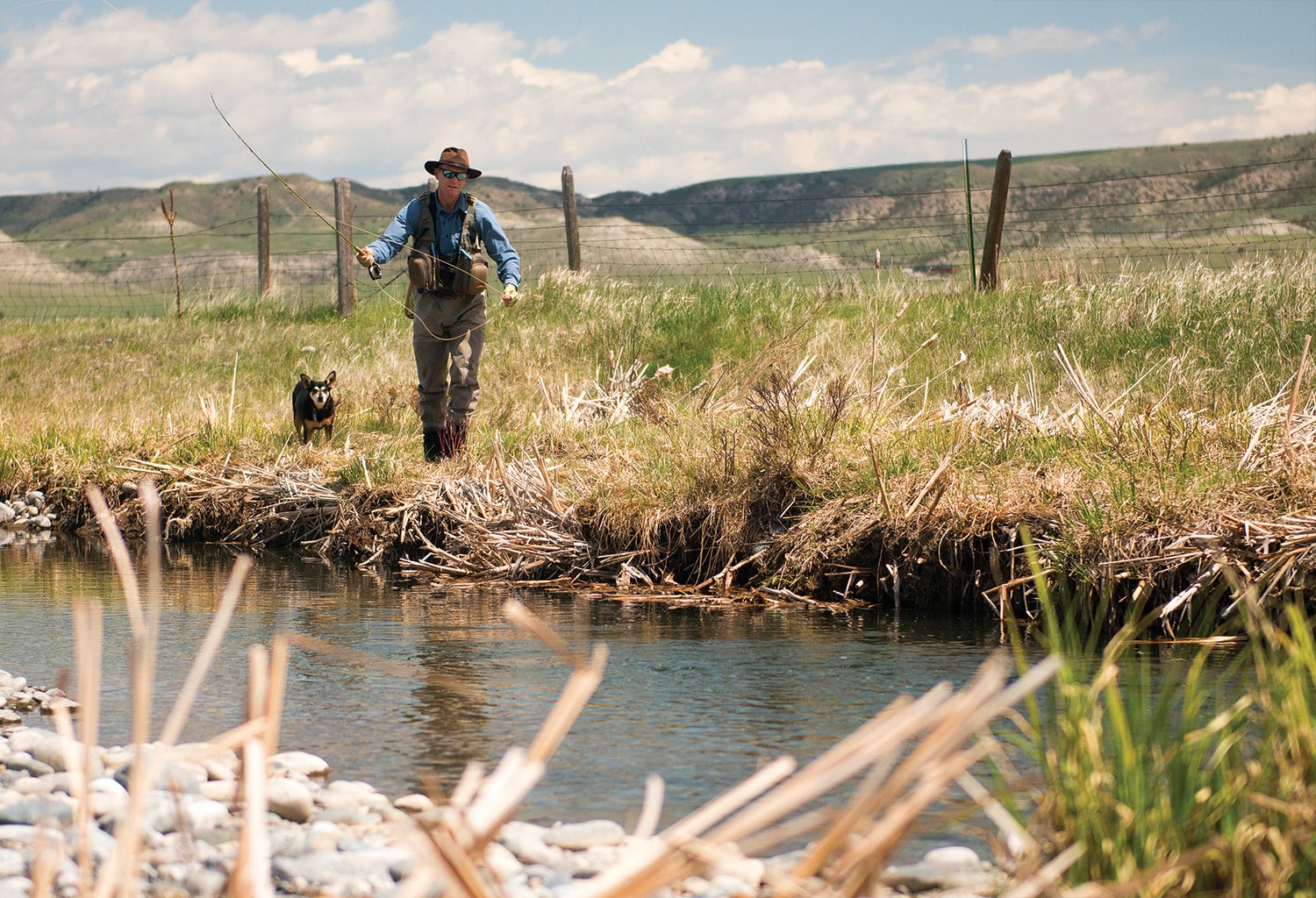 An angler fishes a section of Darlington Ditch with his dog. Photo by Ben Pierce

Commonly known as Darlington Spring Creek Ditch (its original name was Darlinton, after the family that once owned the land), this 2-mile section receives 65 percent of its available stream flow from seeping ground water. But it isn’t a naturally occurring spring creek. It isn’t a river, or a proper stream, either. To be blunt, it is an irrigation ditch; but what a lovely irrigation ditch it is. 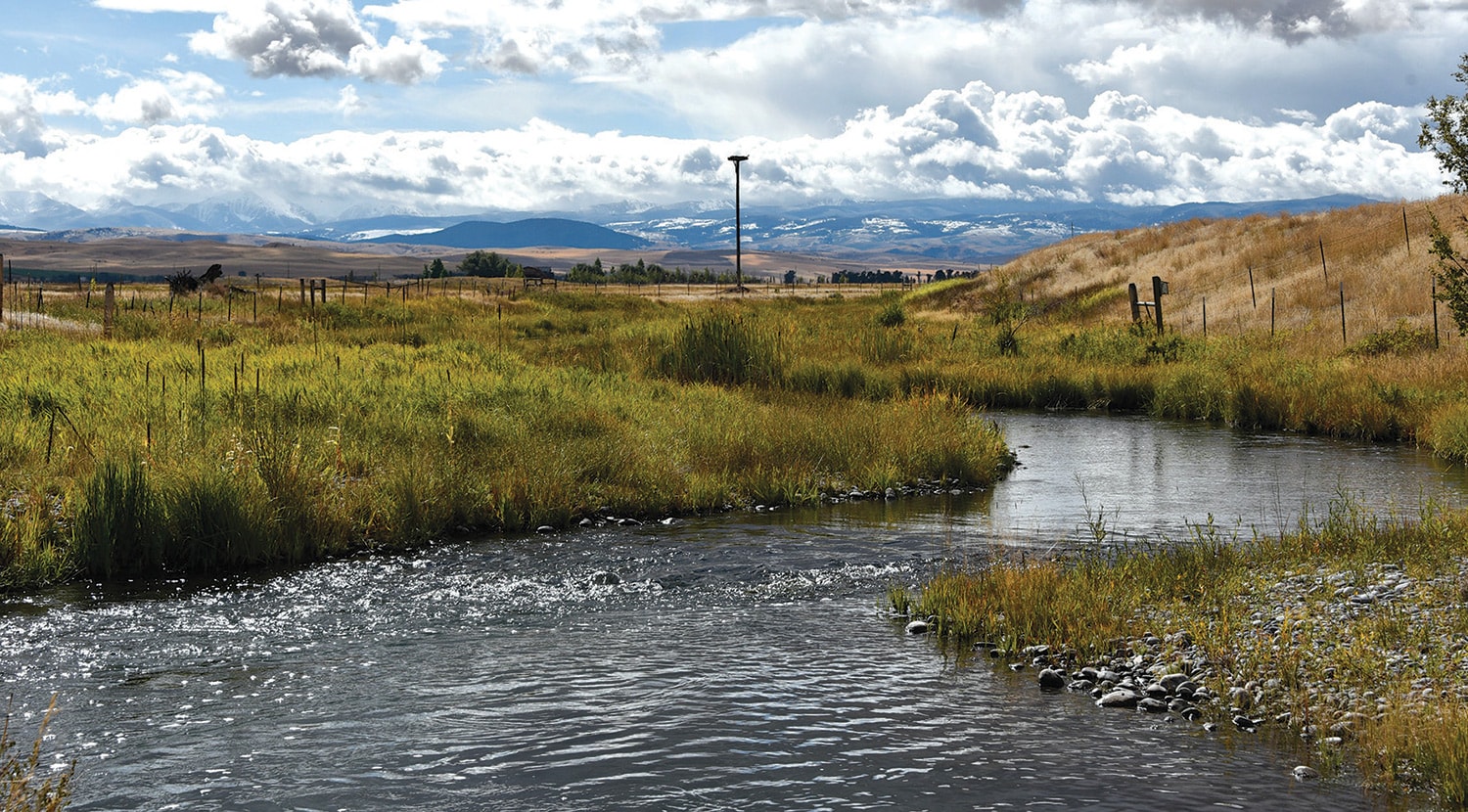 Riffles, runs, and pools were masterfully created to manage flows on Darlington Ditch.

The Darlington section flows along the eastern side of a 10-mile-long dyke that was built to protect property along the lower Madison Valley. Shawn Wilcox, board member of the Madison Dyke & Drain District (as was his great-grandfather in the early 1900s), explained how the lower Madison has always been vulnerable to flooding, especially when spring runoff caused ice jams which resulted in devastating ice flows that scoured the land, tore out fences and structures, and eroded private property. In the 1920s, Nelson Story, Jr. (of the pioneering Story family) employed the Madison Dyke & Drain Company to dig and build a dyke to “keep the ice in the Madison River from overflowing the farms in the Gallatin County.” Even so, floodwaters occasionally breached the dyke, and repairs had to be made. In 1948, the valley suffered through a particularly bad year, so in 1950, Montana Power and the U.S. Army Corps of Engineers created the monumental structure we see today. The Madison Dyke & Drain District was formed by the landowners as a way to address their common need for flood protection. They agreed to create easements through their land to build the dyke. In addition, water would be delivered via several headgates along the dyke to water-rights owners. 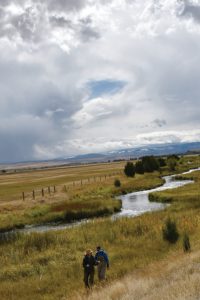 Megan Miller and Samantha Moser discuss the day’s fishing on Darlington Ditch, beneath an ever changing Montana sky. Photo by Jennifer Olsson

After several decades, the sterile gravel ditch began to change; vegetation grew and, during those months when the headgates were opened and landowners irrigated their properties, wildlife gathered. Fish even found their way into pools and runs, proving again that Aristotle was right: “Nature abhors a vacuum.” Fast forward to 1980 when Montana Fish, Wildlife & Parks (FWP) acquired 2 miles of the ditch and created the Cobblestone Fishing Access. There was enough life-supporting water in the ditch to suggest that, with a little help, a fishable creek might be manipulated into shape. In the 1980s, the Madison/Gallatin Chapter of Trout Unlimited (MGTU), along with FWP, advanced monies and efforts to construct two Darlington Spring Creek Ditch rehabilitation projects. While well intentioned, the projects did not live up to expectations. Tight hairpin turns and slow water flow created beds of silt and mud that choked off oxygen, aquatic insect life, and any chance for spawning beds. Fish were scarce. Yet it was in a good location, just off the Madison River and just downstream from a headgate, and trout could be counted all the way to the confluence with Headwaters State Park, 10 miles away.

In 2012, when MGTU was considering various stream rehabilitation projects to support, they were approached by Mike Vaughn, a FWP fisheries biologist. Together, they looked at Darlington and saw a riverbed that could be lifted out of the mud, and water that could be trained to flow at the right speed. Mishandled in the past, yes, but the ditch still had potential. “The art of stream restoration had progressed a lot in 30 years,” said Vaughn. 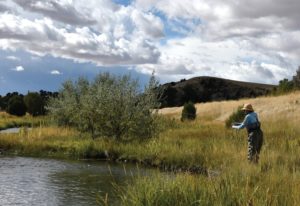 While MGTU and FWP were ready for the stream makeover, there were others who needed to be brought on board. The land at Cobblestone Access, along with two miles of upstream property, belonged to FWP. But the dyke on the western border, managed by the Madison Dyke & Drain District, was essentially private property, and private land also bordered the eastern side of the ditch. The water belonged to water right owners, and the fish belonged to the people of Montana, as well as to the osprey and eagles. In order to realize the vision of a viable and self-sustaining fishery, it would take cooperation between all the necessary agencies and individuals — and money.

Vaughn applied for grants, and was awarded $50,000 from the Pacific Power and Light’s Madison Technical Advisory Committee (now Northwestern Energy). After the Gallatin Conservation District was notified of the pending project, they applied for a grant from the state’s Department of Natural Resources & Conservation (DNRC) and received $100,000. At the same time, MGTU committed to providing $30,000. It all came together within a year and the project was ready to go. The next step was to hire a restoration expert. They put out a bid, and found their man in Matt Weaver.

Weaver, owner of the nearly 30-year-old stream restoration company Five Rivers, grew up in the lower Madison Valley and has a degree in geology from Montana State University. His interest in river restoration began while exploring creeks and drainages as a child, and grew when he became an avid fly fisher. His wealth of experience, success, and contacts within the stream restoration field made him a natural choice for project coordinator and supervisor. 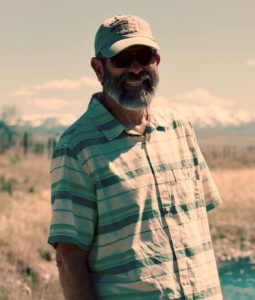 Buddy Drake, stream restoration expert and consultant for MGTU on the Darlington Ditch project, enthusiastically shares how the project came together. Photo by Jennifer Olsson

Weaver drew plans for the restoration, but knew it would be a hands-on project with attention paid to each scoop the excavator made. “Drawings are one thing,” he said, “what water wants to do is another.” His plan was to rid the 2-mile ditch of mud and silt, and lay a cobblestone foundation in the bed. Weaver skillfully directed the heavy equipment to dig out the silt and take away the tight bends. The discarded silt and mud was repurposed to form new banks that cupped meandering riffles, runs, and pools. As an experienced fisherman, Weaver knew how to design an environment where anglers could get decent drifts, and where wily trout could live decent lives. Most importantly, the new construction took into account water velocity, vital to keeping oxygen in the water and riverbeds clean of sediment (both of which are imperative for the livelihood of aquatic insects and trout). The width of the channel was reduced which increased velocity, in turn keeping silt from building up during the months of lowest flow (October to April). The nutrient-rich silt, dug and pitched to the sides, was used to create wetlands that were then seeded with native riparian grasses. Cattails that had been there from the beginning remained, and have continued to grow in. “The excavator was very experienced. He knew what a creek is supposed to look like,” Vaughn said.

The Darlington project began in late February 2014. It took nearly six weeks to complete. During the process, getting heavy equipment (two excavators and an articulated rock truck) into the site posed something of a problem. Private property bordered the eastern edge of Darlington, and the dyke was on the western edge. The dyke had a steep grade that made it impossible to move heavy equipment in or out of the ditch from that side. What evolved next shows how one good thing can, indeed, lead to another. The enthusiastic landowner on the east side of the ditch granted access, and with it came a donation of cobblestone from his property. In exchange, he wanted ponds and a wetland area created after the cobble had been extracted. This would enhance his property and offer habitat for resident wildlife as well as migratory birds. “The landowner understood Darlington would increase public traffic at that end of his property, but he liked what he was seeing. He liked the work being done to benefit the Madison River, that it created another place for the public to fish,” said Buddy Drake, stream restoration expert and consultant to MGTU. 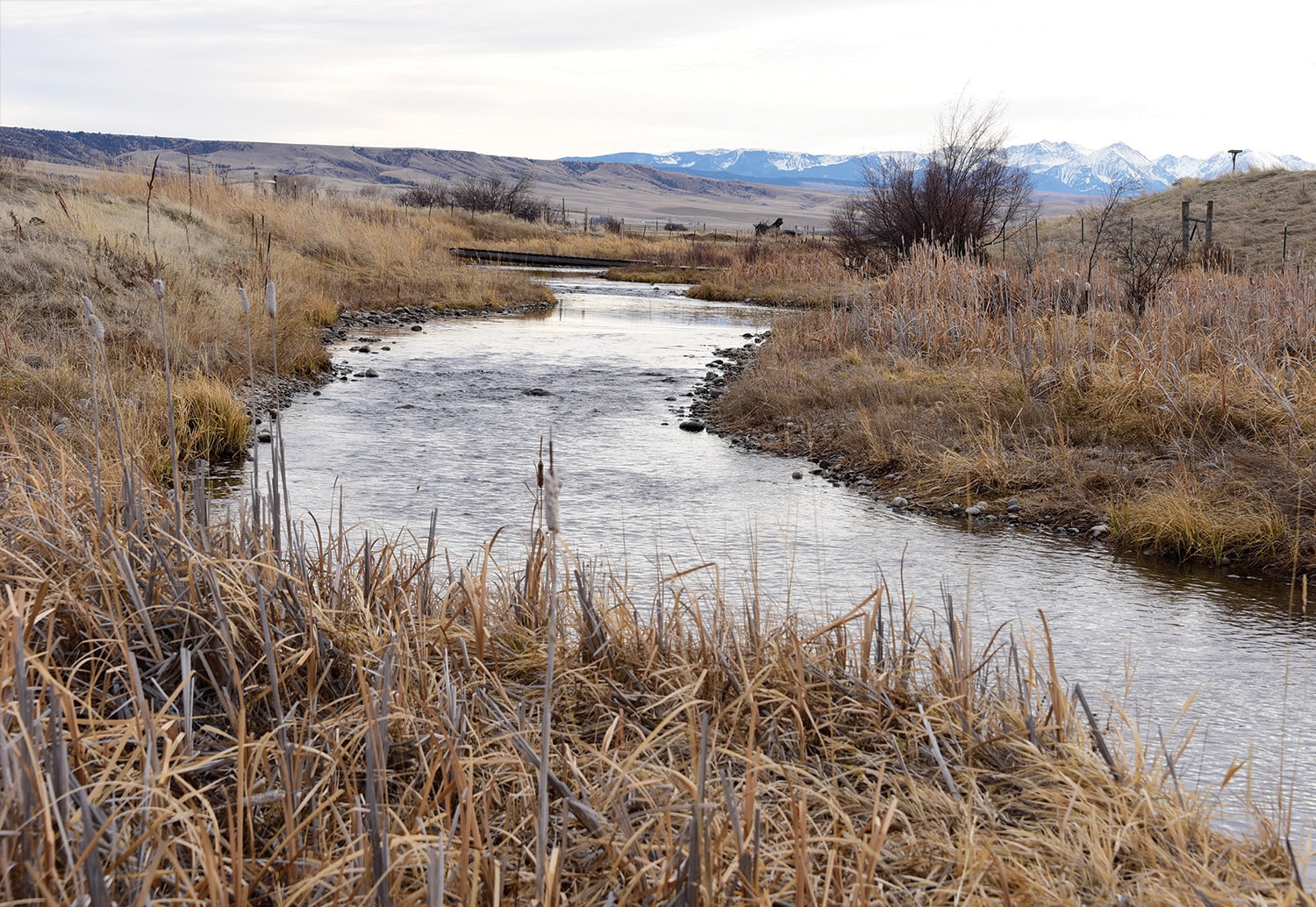 October flow on Darlington Ditch, below the foot bridge at Cobblestone Access. Photo by Jennifer Olsson

The Dyke & Drain District helped out as well. Their mission is to maintain the integrity of the dyke, so with their input, Weaver was able to reroute the Darlington flow further away from the dyke, minimizing erosion. It took the collaboration of the state, private property owners, dedicated individuals, nonprofit groups, donors, energy companies, and Mother Nature to make it happen. “I was proud to see how we all worked together,” said Weaver with a smile.

As a fly fisher who has seen changes in the ditch since the 1980s, I can say it is much improved. It is now an idyllic setting of clear running water. In the late spring, grasses and trees green up around you while the distant Gallatin range still holds snow. Once the headgates open in late April, there is more water, and more trout move in. Mayflies sail while caddis and stoneflies dance through summer. Sometimes the wind blows and blows and blows; the sky switches on and off, light and dark, with every passing cloud. In July, you will count the trout (a few up to 18 inches) that have schooled by the 10s and 20s in fresh, new, sediment-free pools. In the fall, clean gravel brushed by finny tails indicate where spawning beds have been made. Rises dot the water, and an occasional trout slaps the surface. The fish spook easily, and only tolerate a few casts. You will be able to sight fish, but you will have difficulty catching them on sunny days. When you finally hook up, and your rainbow or brown zips away, a soaring eagle may glide by, watching jealously. Take a light rod, use a long leader, make it 6X, and match the hatch. Bring a picnic. This was the vision for many years, and after persistence and dedication, it has finally become reality.