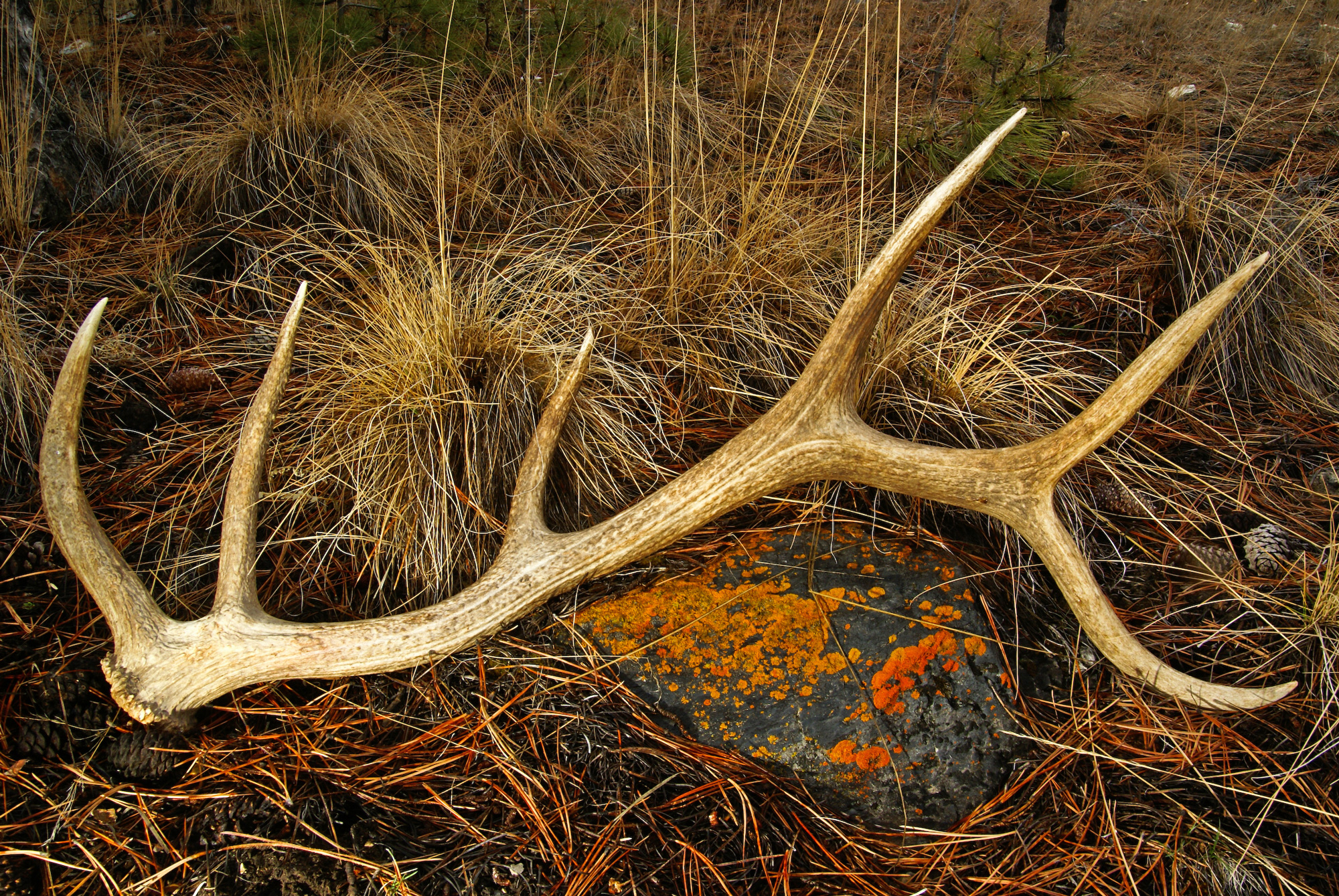 On May 15th at precisely noon, Montana Fish, Wildlife & Parks wardens swing open the gate to the Sun River Wildlife Management Area. Sixty-plus horses gallop close together down to the ravine and then spread out across the hillside. As soon as the last horse passes through the gate, the line of 150 cars cruises up the road and dust fills the sky. A handful of people on foot take off running up the green hillside, hopping over sagebrush and whooping as they go. Spectators lean against the gate yelling and snapping pictures. It’s the annual horn hunt on the Sun River WMA.

Technically it’s antlers they’re after — horns stay on throughout an animal’s life, whereas antlers are shed each year — but everyone at Sun River refers to them as horns. And if you don’t, well, you’re obviously not from rural Montana.

The Sun River horn hunt may be one of the better known horn hunting events in the region, but WMAs around Montana, and state and federal lands around the Rocky Mountain West, open each spring for antler collectors and recreationists.

WMAs in Montana are closed to people throughout the winter to allow elk to graze on winter range unencumbered, according to Montana FWP area wildlife biologist Brent Lonner. On May 1st or 15th — depending on the WMA — the gates open and people stream in.

“It gives the elk a heads up that it is time to move on,” Lonner said. “That was never really the intent [of the May opening], but it indirectly happens that way. It’s turned into a big day.”

The May 15th opening, and subsequent horn hunt, has taken place for at least 25 years on Sun River WMA, according to Lonner. About a decade ago the agency moved from a midnight opening to the current noon opening.

On average, Lonner figures there are about 200 to 250 cars lined up for the Sun River WMA opening. Some vehicles may have one or two passengers, but others have six or seven people crammed in.

“Last year was a banner year,” Lonner said. “It was a hard winter and a lot of elk were pushed down to the winter range. Also, the opening day was on a weekend, so there were more people than usual.” Hunters came away with over 300 antlers, averaging five or six pounds a piece. “It was an extreme year.”

Participants say they are there for the horns — everyone wants a souvenir to take home and hang over their garage — but dig a little deeper and it turns out that it’s more about the treasure hunt than the treasure. The line-up starts the night before; some people leave their cars and head home (and consequently get nasty notes in the dust on their windows: “That’s what you get for cheating,” a woman told me). Others pitch a tent, fire up the Coleman stove, crack a Budweiser and settle in for the night. That’s when the fun starts. Drunken revelry, stories of previous horn hunts, maybe a fight or two.

“It’s a camping trip with a purpose,” a 20-something guy with a black-and-blue eye said. “Horn hunting is something fun to do and gets the horses out running.” Sure they drink too much and get in fights, but the next morning everyone focuses and is back on track.

A few folks hope to sell their finds to chandelier makers and candle holder creators, but most people just hang their horns around the house. A father and son from Havre in matching Wranglers, dark blue sweatshirts, camouflage baseball caps and Oakley sunglasses shrugged in unison (hands in their pockets) when I asked why they kept coming back when they’d only taken horns home two of the 10 times they’d come. “It’s a father-son thing,” the dad mumbled. “We do it every year. Just the two of us.”

“Some people want to get as many antlers as they can,” Lonner said. “But for a lot of people it’s just a springtime event to get out and get on the game range.”

I had pulled in the morning of the hunt and slid my truck between two women from Georgetown and a huge pickup. The women were sitting on green metal coolers working on crossword puzzles. One wore a Bud sweatshirt and smoked a cigarette; the other ran her hand through spiky blond hair. These ladies never missed an opening day. It was a chance for them to get away from husbands and kids and to share a little girl time. “And look around,” they told me when I asked why they were there. A huge grey cliff wall separated the WMA from the Bob Marshall Wilderness; green, verdant grasses filled the hillsides; and the yellow faces of arrowleaf balsamroot smiled beneath clear blue skies. It was one of the prettiest places I’d ever been.

Cowboys and girls astride horses trotted up and down the road, binoculars trained on the hillsides in hopes of spotting antlers in the brush. A Lewis and Clark County Sheriff drove along the line of cars making sure everyone was towing the line. Kids on dirt bikes and ATVs drove too fast and were squirted with water bottles aimed out car windows (followed by cackling laughter), spotting scopes scanned the slopes, families strategized and everyone geared up for the noon opening. Those of us on foot or horse gathered at the pullout near the gate. The anticipation crescendoed until the wardens set us loose.

The first guy came back with his antler an hour and a half after the start. He weighed it on the Montana FWP scale (8 pounds) and then drove his ATV back to his trailer. He and his friends had hit the midnight opening of another WMA 12 hours before. The find seemed anti-climactic, now he just wanted to sleep.

I didn’t find a horn, but being part of the hoopla was enough to make me want to come back again next year. Horn hunting is a rite of passage in spring, a way to get outside and beat the winter blues, a time to see friends and drink beer. It’s really not about the horns.

Melynda Harrison is a writer, naturalist, wife, mom, cross-country ski enthusiast, hiker, reader, knitter, jungle gym, napkin, Malamute-lover, kid hauler and head over heels about being outside with her family. She is the author of Ski Trails of Southwest Montana. Read more of her adventures at www.TravelingMel.com.

IF YOU GO… Wildlife Management Areas

Idaho Department of Fish and Game doesn’t have any restrictions on antler collection. Horn hunters can search year-round on any public land as long as normal regulations are followed. A permit is not required. Wildlife Management Areas got to: http://fishandgame.idaho.gov/public/wildlife/wma/ 208.334.3700

Wildlife Habitat Management Areas: Choose a WHMA you are interested in, check the opening date and then call the Wyoming Fish and Game District Office to be sure there aren’t any special closures or extensions. http://gf.state.wy.us/wildlife/access/gf/whma/index.asp 307.777.4600 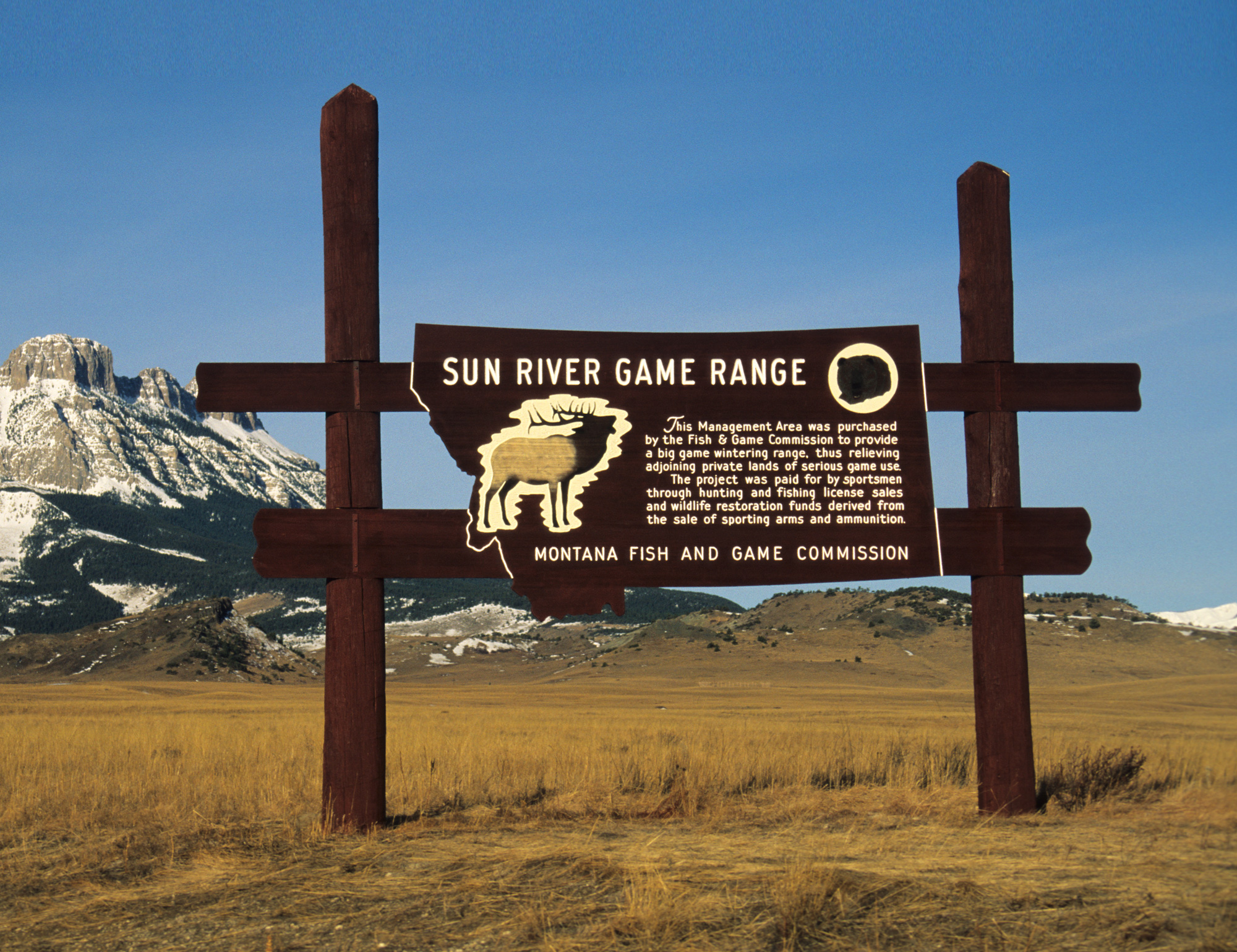 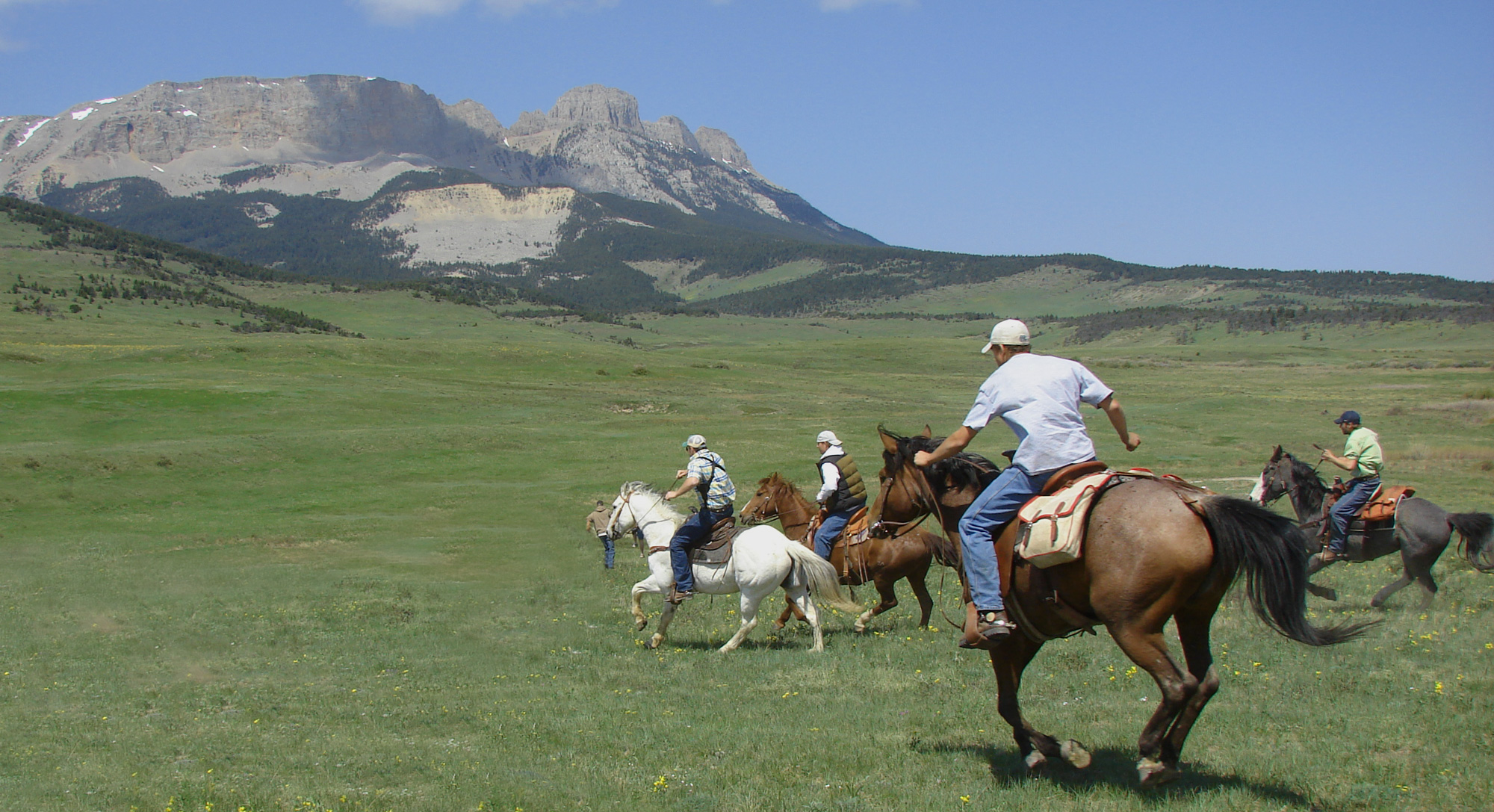 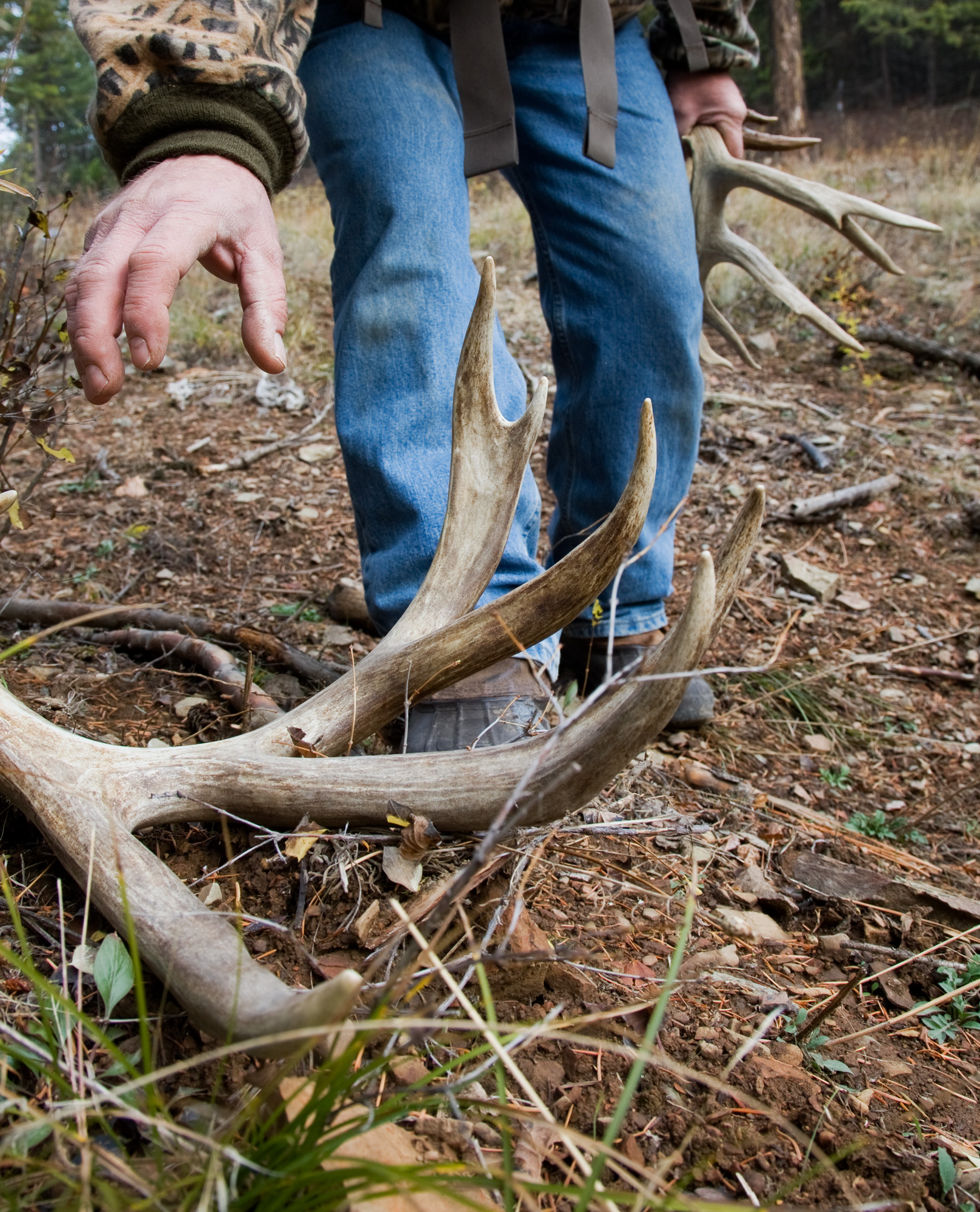 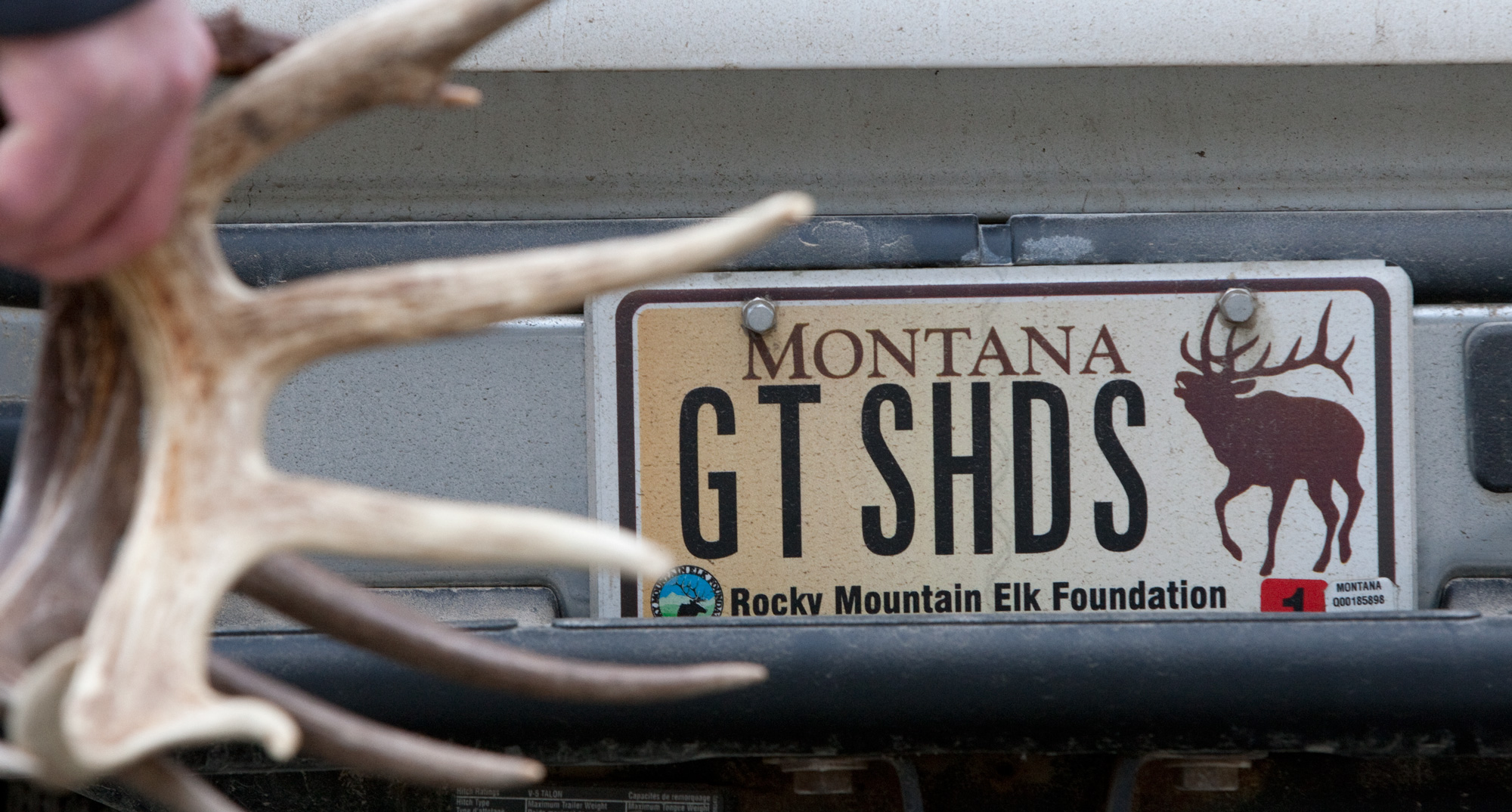 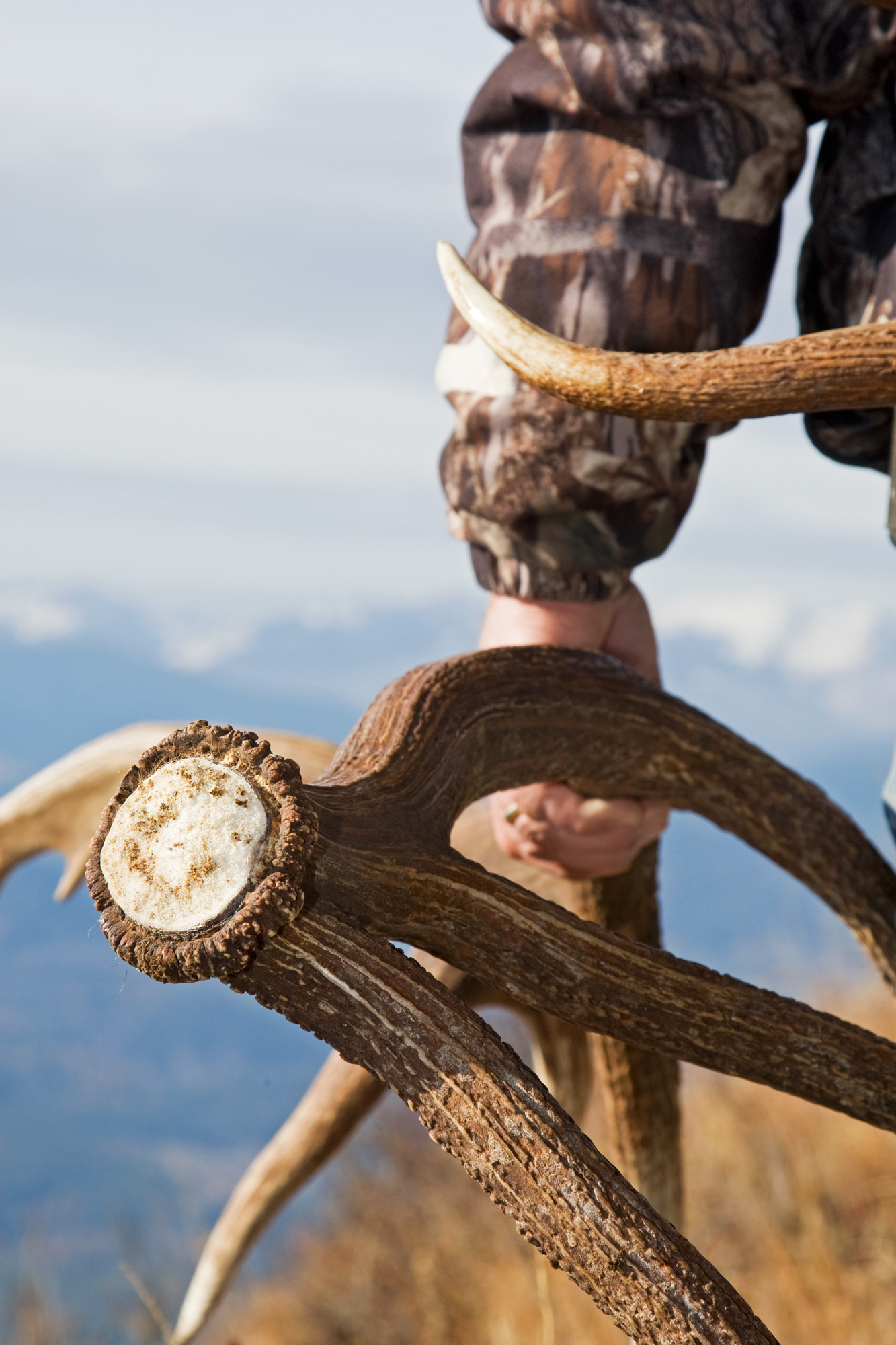