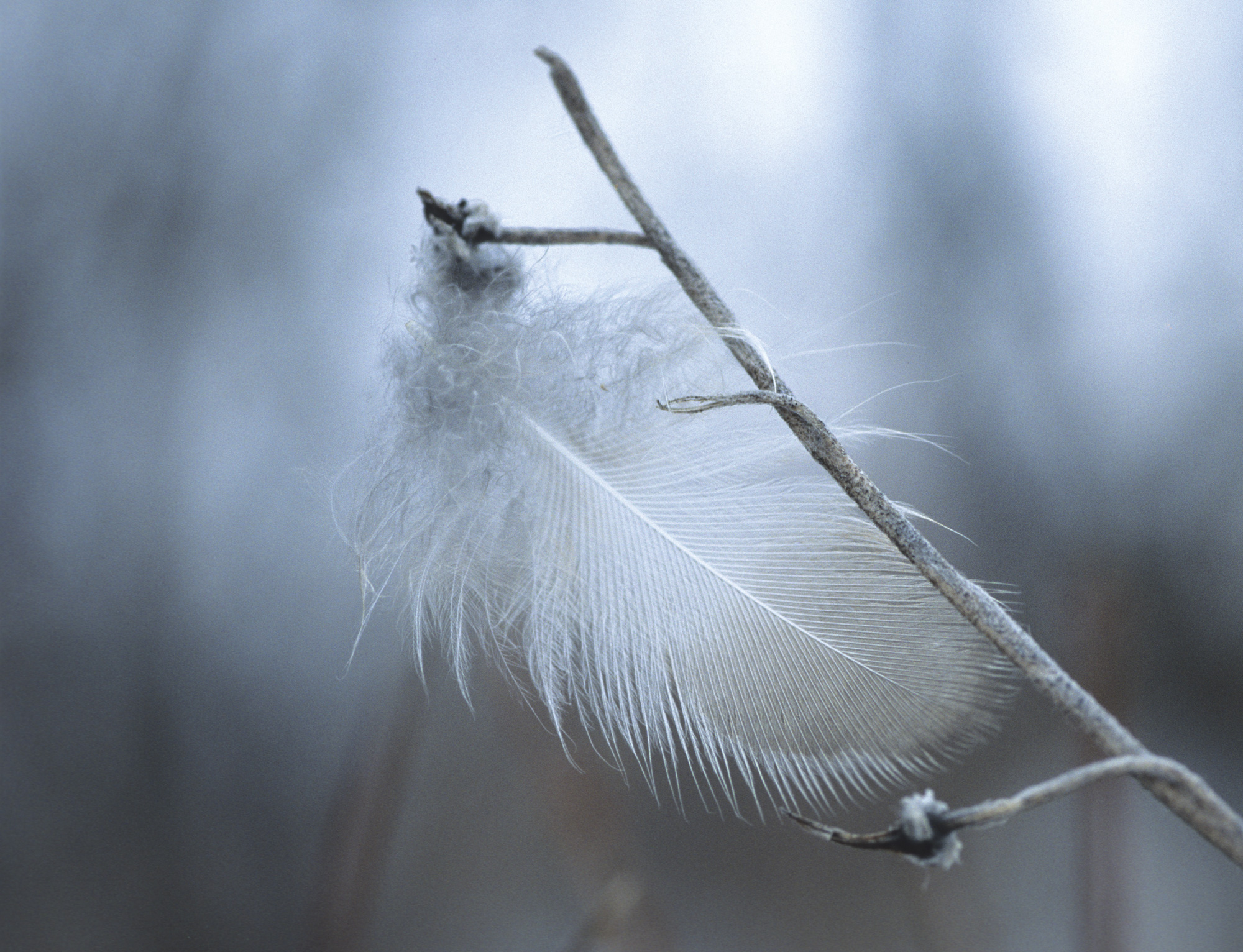 THROUGH THIS SPRING, in the fields I walk, I watched a Canada goose with a broken wing. She stayed close to pond’s edge to escape predators, her limb splayed and useless on last summer’s brawny, blonde rye grass. When those like her flew over, gay and gregarious in the lively, changing sky, she did not call out. How hard not to, I thought — to not call for company, to not cry for your own.

At times, I would see her floating elegant, her one wing dipped in water as a casual, a desultory thing. Of course her ease was pretense, and I admired the pinfeathered will of her to be seen as more than what she had become. As the sun strengthened and snow and then ice and then hoarfrost and then ice and then snow left the world, how difficult the movement from earth to water, from broken to beautiful, but one she daily made. As she would float serene, her bright garnet eye quiet upon me, I would study the marks she left in this warming world, webs of feet taking her where she must, draglines of feathers denying her what she wanted — something as simple, as light, as air.

One day when I went to see her, she was gone, probably to the feral gut of a cat or to the wilder craw of a coyote.

I hope that her swallowing was swift. It was certainly neat. All I could find was a flight feather tangled in the rye.

It sits before me now, a shaft from a broken wing. Sometime soon, I will bring it close to my nose and clip its tip. From that thin, hollow place will come a small, birdlike rush of high and wild air. And for a moment I will give up these computer keys and dip her quill in red and then green and then blue ink, making webs and draglines of symbols, somewhere between what I need and what I want, somewhere between brokenness and beauty. Perhaps they will describe the nature of this fine world.