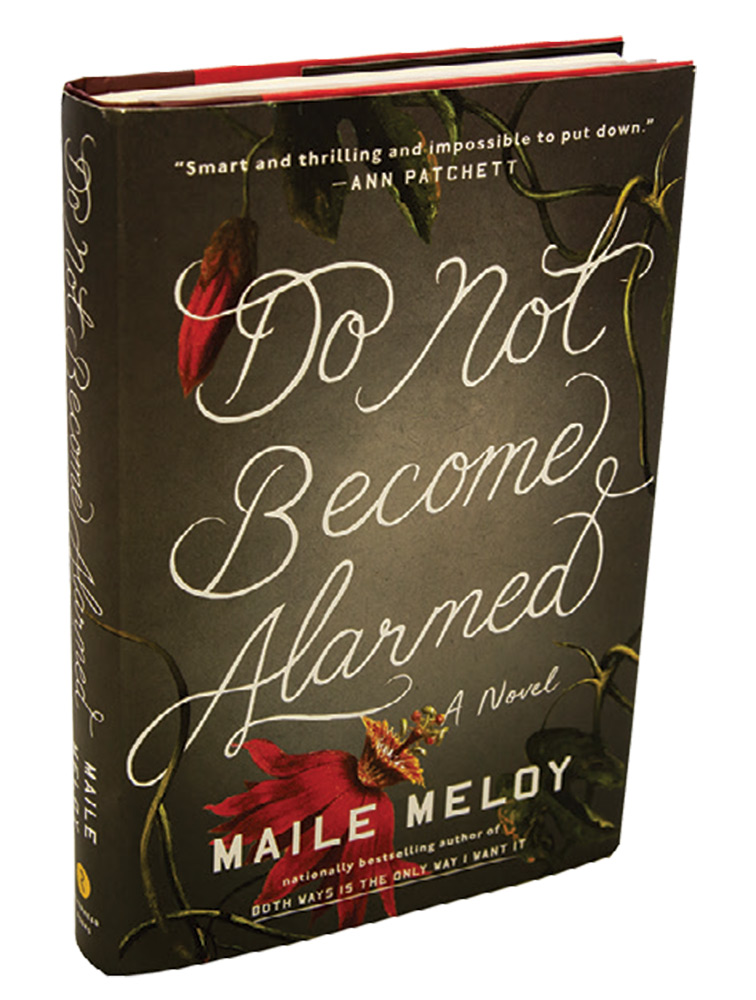 Helena, Montana, native Maile Meloy’s new novel, Do Not Become Alarmed (Riverhead, $27), has been justly lauded in recent months as a must-read literary thriller. She deftly introduces scenarios and characters, offers sly foreshadowing and detailed backstories, and pokes at the motivations of the parents, siblings, dear friends, acquaintances, and ominous strangers who populate her tale. As the body count climbs and villainy compounds accident, her terrifying scenarios propel the characters to desperation. The book’s narrative is driven by its characters’ recriminations, blame, and grief, and these showcase Meloy’s keen powers of observation and insight.

The story opens with sparkling weather and confectionary — a cruise ship that stands out against a brilliant blue sky looks like a wedding cake. On board, two Hollywood families with young children, move into luxurious state rooms, each with personal stewardesses, planning to celebrate Christmas. A gigantic tree rises to festive and delightful heights, the all-day buffet appeals to the varied needs of the pre-teen children, and the kids’ club entertains them all day and all evening, if need be. It seems idyllic, even blissful. The families befriend an Argentinian couple with two teenagers, who immediately bond with the younger set. All of the other passengers on board the ship are octogenarian retirees.

The trouble starts when — after the two youngest children go missing for a short time — one of the mothers decides that they are suffering from cabin fever, and should go ashore for a zip-lining adventure while the menfolk golf. Once onshore, minor accidents turn into major catastrophes, and the six children first are lost, then kidnapped by drug kingpins. As readers, we know where most of the children are and what is happening to them. But we watch their parents unravel, after the unfeeling cruise line staff leaves them onshore to deal with the incompetent and corrupt officials who are looking for their children. It’s here that most of the drama plays out and Meloy demonstrates her gifts of insight when it comes to human reactions to crisis.

The unlikely heroes of the story are hardly pure of action or intent: the tattooed uncle who is trying to smuggle his small niece into the U.S. to be with her parents, the housekeeper for the drug kingpins, the police officer who happens to be on duty and speak better English than her colleagues, and the precocious older sister who manages to lose her brother’s insulin. All reveal their failings, as do the distraught parents.

Still, this is a book that manages not to be too dark — perhaps because of the way Meloy avoids building villains and heroes and instead creates a web of characters who pull on each other’s threads across the tricky plot. As readers we see the situation as it unfolds from the point of view of each character. We see the gray areas, and empathize. 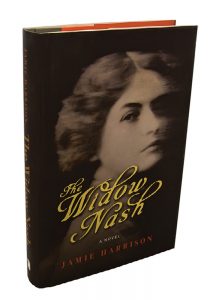 In contrast to Meloy’s modern thriller, Jamie Harrison’s latest novel, The Widow Nash (Counterpoint, $26), is an old-fashioned, historical novel full of shadows and deep mysteries. Our introduction to Leda Dulcinea “Dulcy” Remfrey is permeated with the impression of dark wood paneling, pipe smoke, and dimly lit library shelves. When Dulcy is summoned to her dying father’s bedside, she delves through his syphilitic fog of confusion, battling her own painful memories as she struggles to solve the puzzles he’s left behind.

Harrison, daughter of the late novelist Jim Harrison, takes her time in revealing all of the secrets that the deeply eccentric Walton Remfrey left in a set of lavishly bound and highly cryptic notebooks — each one dedicated to a detailed listing of world disasters. The story begins when Walton, an inventor and wealthy entrepreneur with mining interests all over the world, returns to America from Africa without the proceeds from the sale of a gold mine that he was supposed to bring to his partner in Seattle. Dulcy, who spent her youth traveling the world with Walton, is grieving over her grandmother’s death when she is called away to help the partner — her former fiancé — deal with Walton’s declining health and to wrest information from her father about his missing fortune. When she arrives, it is clear that Walton’s mind has failed him — and there’s no sign of what he might have done with the money.

After Walton’s death, Dulcy decides to stage her death and make herself disappear from the train that is carrying her father’s corpse back to the East Coast. She’s hoping not just to escape her fiancé’s violence and suspicions — he believes she knows where the proceeds of the gold mine can be found — but to avoid being trapped in a “proper” life with the man, who is an abusive brute and possibly mentally unstable as well.

Dulcy’s transformation begins on the train with the invention of a deceased husband. After all, she muses, “You needed a man to really disappear.” Once she’s imagined her new life, she successfully fakes a suicide and, after setting false trails all over the West to escape her ex-fiancé’s goons, she steps off the train in Livingston, Montana. Naturally, her past soon nips at her heels.

Harrison fills this riveting narrative with period detail: the hardships of train and ship travel at the end of the 19th century; her beautifully drawn and character-filled Livingston; her scenes of early travel to Yellowstone’s Boiling River; and her heroine’s views of the world and the people around her. These vivid recreations add verisimilitude to her characters’ actions and motivations. She has created a whole world built by combining myth with the realities of history and geography, and then populated it with unforgettable people. 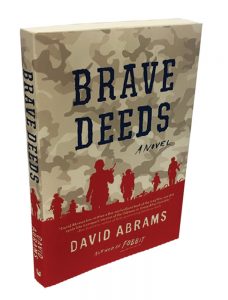 David Abrams’ 2012 award-winning novel, Fobbit, took on behind-the-scenes antics in war, featuring a forward operating base in Iraq, and earning comparisons to “M*A*S*H” and Catch-22. The Butte, Montana, author’s new book, Brave Deeds (Grove Atlantic, $16), dips back into the subject of soldiers in a war zone. It tells the story of six AWOL soldiers who, over a period of eight hours, try to make their way across Baghdad in order to be at the funeral of their former leader and comrade Staff Sergeant Rafe Morgan. Abrams has rightfully won acclaim for his prose style, and also has won praise from veterans who served in the wars in the Middle East. The authenticity and humor of his work gives it a place alongside the giants of the genre, but his efforts stand alone. 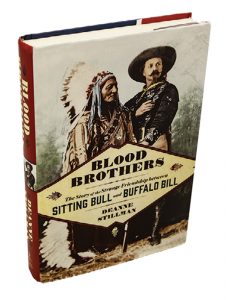 The coming together of iconic figures of the American West — Buffalo Bill Cody and Sitting Bull, under the auspices of Buffalo Bill’s Wild West and Congress of Rough Riders of the World — should be considered a remarkable event in American history by any reckoning, yet it’s become almost a footnote in the story of the West. The role the show had in creating the myth of the West and the role Sitting Bull played in the Wild West show, along with the spectacle of the production itself, have been examined by many authors. But in Deanne Stillman’s Blood Brothers: The Story of the Strange Friendship between Sitting Bull and Buffalo Bill (Simon and Schuster, $27), the author delves into the relationship — even the friendship — between the former army scout and the Hunkpapa Sioux holy man who became a symbol of his people’s resistance. Stillman puts each man in the context of his culture, and endeavors to illustrate how their personalities intersected and their lives were intertwined before, during, and after their time together. 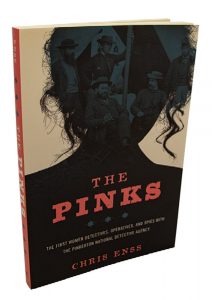 Students of the Old West and American law enforcement history generally know something about the notoriously ruthless Pinkerton Detective Agency and their legendary detectives. However, the life of Kate Warne (an operative of the Pinkerton Agency and the first acknowledged woman detective in America) is not well known, nor are the stories of the other women who served their country as part of the legendary crew of crime fighters. In The Pinks: The First Women Detectives, Operatives, and Spies with the Pinkerton National Detective Agency (TwoDot, $16.95), author Chris Enss offers accounts of these intrepid women, adding another dimension to our understanding of American history. 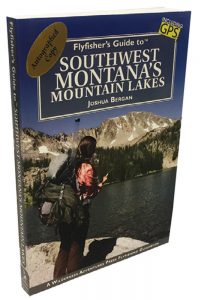 More than 250 mountain lakes in Southwest Montana are featured in Joshua Bergan’s new book, Fly Fisher’s Guide to Southwest Montana’s Mountain Lakes (Wilderness Adventures Press, $29.95). Bergan, a former fly-fishing columnist for Montana Sporting Journal, offers detailed descriptions of the lakes and the hikes, the difficulties of getting to and fishing the spots he features. He offers driving directions, recommends flies, and lists fly shops. Useful maps and black and white photos illustrate the book, which covers the mountain ranges of the region from the Absarokas to the Tobacco Roots. The guide is rounded out with sidebars on wilderness areas, fishing conditions, and facts about fish species. 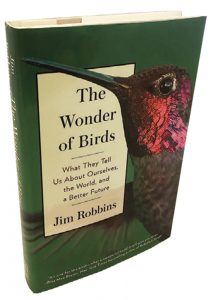 In The Wonder of Birds by Jim Robbins (Spiegel and Grau, $28), the author posits that human beings’ connection with birds — watching them, keeping them as pets, training them to speak, wearing their feathers — is our most profound way of connecting with nature. Robbins uses science, folklore, and anecdote to support his thesis that the unique qualities of birds make the feathered, beaked, and taloned creatures virtually indispensable to human life as we know it. His descriptions of places and behaviors, such as the relationship between wolves and ravens in Yellowstone’s Lamar Valley, demonstrate that he has lived the connection that he describes, and was spurred to further research and investigation by his experiences. A fascinating and eminently readable science narrative, this is also a deeply optimistic book, and one not just for birders but for anyone interested in the relationships between birds and the ecosystem.