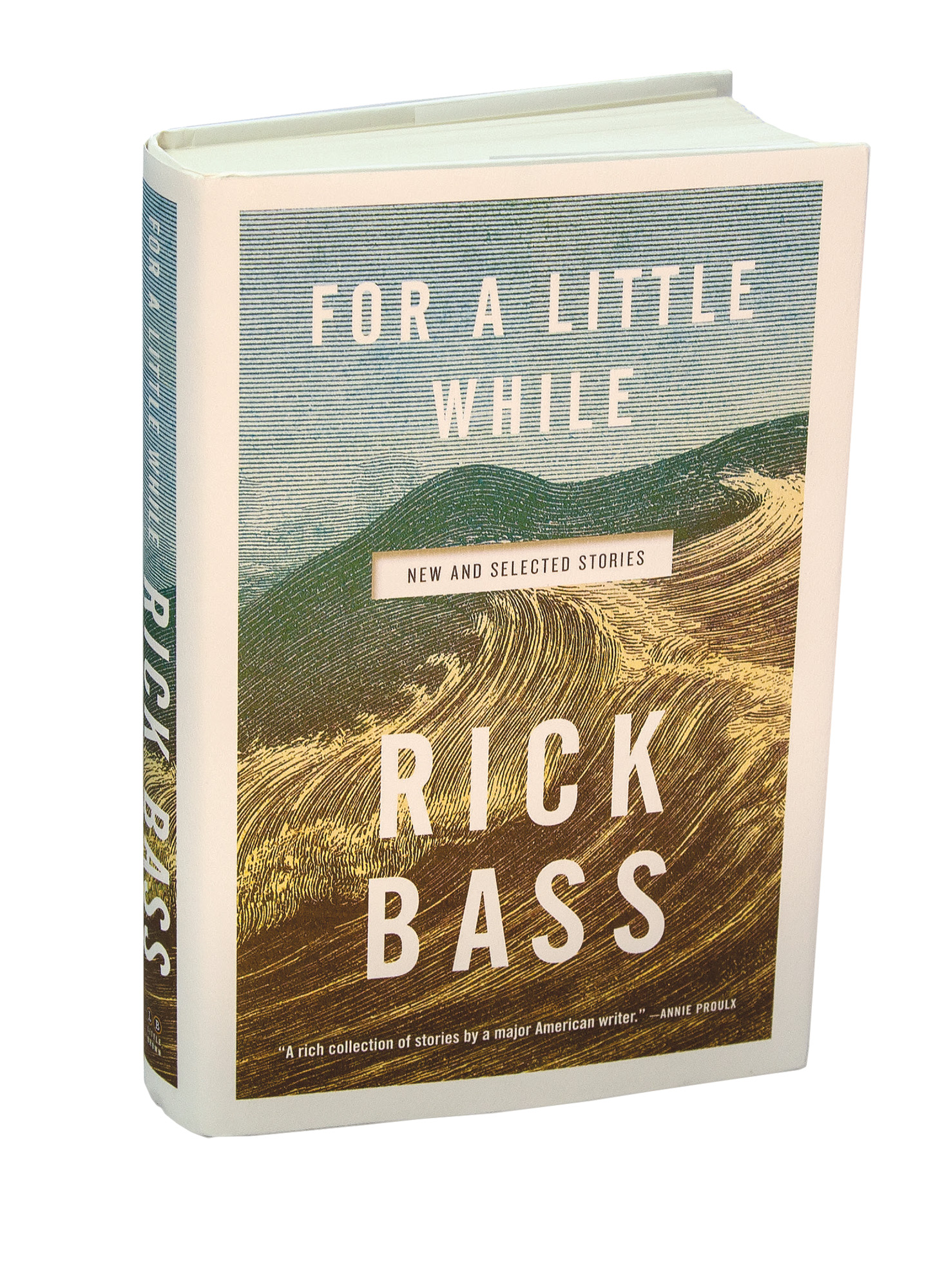 Rick Bass’ mastery of the modern American short story is on full display in his new collection. For a Little While (Little, Brown, $28) contains within its hefty 472 pages ample evidence of the breadth of his work while offering fresh perspectives on classic subjects like parent/child relationships, careers, love, marriage, and the redemption that can be found in new terrain. In this carefully curated collection of 18 previously published works and seven new stories, Bass treads over ground both familiar and alien, but manages to imbue each step with new insights through common landscapes that make the foreign familiar.

Bass has rightfully earned a reputation for his ability to evoke place — from the gulf shores of Texas to the mountains of Montana to the villages of Peru. This collection of work spans his long and fruitful career, and represents the diverse landscapes that have fueled it. But it is the characters and their relationships reflected against those backdrops that linger. The moments that pass between parents and children give this collection its heart: from a son’s casual thought that he might increase the $1,000 award offered for finding his father, Mr. Buzbee, lost in the Mississippi backwoods (in the classic story, “The Watch”), to a new story of a father protecting his daughters, both from the mountain lion that follows them as they take home their Christmas tree from the woods and from his own fears about his marriage.

The new stories that comprise a quarter of this book could make an entire volume of work unto themselves. “How She Remembers It” is a lyrical story of a father and daughter on a nostalgic road trip from Missoula to Yellowstone. It reveals the small gifts that people give each other as regularly as the exchange of oxygen for carbon dioxide. In “The Lease Hound,” even the unredeemable eponymous hound is transformed by the brief exchanges with Penny, who records leases at the courthouse. “Coach” is a portrait of the connections forged by small-town basketball, and of a son’s relationship to his aging mother. All are distinct, yet intertwined. Familiar characters populate new stories.

Throughout his career as an environmentalist, essayist, and fiction writer, Bass has demonstrated his gift for revealing the world as he sees it, with more than a little optimism and hope for what the world can be if we look a little deeper. Spending a little while with this collection is a fulfillment of that gift.

Glen Chamberlain’s new short story collection doesn’t pick up where Bass leaves off, but has a similar impact. All I Want Is What You’ve Got (Dock Street Press, $16.99) offers 12 views of the small-town lives of people who have chosen to spend it in the fictional Pocket, Montana. These imaginative, structurally creative, funny, and tragic stories reveal a community and characters who are at once fragile and resilient, utterly irredeemable yet endearing. The intertwining tales create a portrait of a town that is both unique and deeply recognizable.

As a collection, the group is almost novelistic. But each story holds its own. “Big Their Secret” sets the scene, revealing the life story and desires of a nurse whose patient can only communicate through blinks, one for “yes,” two for “no.” It’s wry, and grim, and tragic — and can’t help but be funny even as the horrific situation of the patient is revealed through the nurse’s eyes. A novel’s worth of plot and character is conveyed through the monologue of those eyelid flutters. The origin story of an African gray parrot, “An Insufficiency of Words,” reveals the tale through the shifting perspectives of what can and can’t be said by a mother, teenage daughter, and new stepfather, capturing the frustrations of each as they struggle for communication. A photograph is the only clue a young Chinese woman has to the true story behind the family myths about her ancestor’s life in America. When she follows it to Pocket, she uncovers more and less than she had hoped for.

The town of Pocket comes to life not through descriptions of its Main Street or its idyllic mountain setting. Rather, the people make the town what it is — and even those who move there don’t romanticize it. Pocket is not just the backdrop for tales, like that of a rodeo cowboy crippled by injury who falls in love with a beautiful woman who is just passing through, or the story of high school sweethearts separated, reunited, and ruined. The widow who retreats to Montana says, “I did not experience religious conversion under the glorious sky of Montana, with the old men, their bodies permanently bent in humility, acting as my acolytes. Instead, in the cruciform of roads, I vomited.” These stories are woven together in a way that reveals the mesh webbing that holds up small town life, but still allows light to pass through.

Coyote America: A Natural & Supernatural History by Dan Flores (Basic Books, $27.99) is at once a natural history survey of Canis latrans, as well as a deeper study of human history and psychology where it interacts with the story of “the barking wolf” in North America. Flores follows a path that starts with the ubiquity of the species before widespread human development, to the central position of Coyote in native myth, to the eradication and conservation policies that fueled debate in the early 20th century, to the 1973 Endangered Species Act, to today. Flores takes a seemingly straightforward subject and applies both a wide historical lens and a sensitive eye for psychology and politics to create a portrait of the animal and its place in the world that ends up being page-turning nonfiction.

The biographical structure of Coyote America lends itself to a narrative that will have readers rooting for the underdog and considering new perspectives. It starts with the poetic retellings of early Coyote stories, before moving from the supernatural to the natural history of the animal. Flores perfectly sets the stage for what’s to come, but does an admirable job of maintaining objectivity and balance in his portrayal of the much-interpreted and perhaps misinterpreted animal, from Lewis and Clark to Zebulon Pike to Aldo Leopold. And by the time Flores reveals his early affinity for coyotes, spurred on by Walt Disney’s Wonderful World of Color series, the main impression that you’re left with is that human interaction with the natural world is incredibly complex and multifaceted — and that there’s absolutely no way to leave psychology and politics out of the story.

Coyote America is a book about wildlife, to be sure, but it’s also a book about evolution in the sense that while coyotes have always been consistent, human laws, understanding, and attitudes are constantly changing. This is a book about Canis latrans, but it’s just as much a book about Homo sapiens. And humans, regardless of where they find themselves on the predator-management continuum, will find it thought provoking and informative as they are swept along with the author’s enthusiasm.

Beyond Schoolmarms and Madams: Montana Women’s Stories (Montana Historical Society Press, $19.95) edited by Martha Kohl, is filled with stories of women from all parts of the state and very much beyond the stereotypes that for so long made up “women’s history” collections. These essays, collected from a number of fine Montana historians and writers, make up a tapestry of women’s experiences that avoids cliché and any urge toward the politically correct. The collection tackles divorce, Title IX, women’s health, racism, and sexism. The multiple writers keep each subject fresh, and both the essays themselves and the organization of the book mean that dipping into any story will help fill gaps in the historiography, entertaining scholars and lay readers alike. There are homemakers, schoolmarms, and madams here — but there are also sheriffs, bankers, and extraordinary people who helped shape Montana history, and whose reach often stretched beyond state borders.

Robert Staffanson recalls his extraordinary life in Witness to Spirit: My Life with Cowboys, Mozart & Indians (Wyatt-MacKenzie Publishing, $42). Anyone who saw as much of the 20th century as Staffanson will have tales to tell. But this book breaks beyond the conventions of ordinary memoir, telling the story of Staffanson’s career in music, and his advocacy for Native Americans and indigenous people all over the world. Before founding the Billings Symphony and then moving to Massachusetts to serve as the conductor of the Springfield Symphony, Staffanson was a cowboy. After his career in music, he co-founded the American Indian Institute. Filled with archival photographs and words of wisdom, this book is a lovely tribute to a legendary Montanan.

Practicing veterinarian and journalist Sid Gustafson’s new novel, Swift Dam (Open Books, $14.95) is a short but satisfying read. In telling the story of an elderly veterinarian who sits out one long night under the dam and recalls the day of the great flood 50 years earlier that wiped out a large Blackfeet community, Gustafson evokes the landscape and the lives of an area still devastated half a century after the flood. But, of course, the wounds go much deeper and are much older. And the mysteries surrounding the lives of the people are deep and entangled. Like Gustafson’s previous novels, Horses They Rode and Prisoners of Flight, this is a book that demonstrates personal empathy and a sure hand with image.

First You Swallow the Moon, the debut novel by Kipp Wessel (radialGRAIN, $23.95), is an ambitious and interesting work of fiction. The intriguing central premise of the book is hinted at in two short lines on the back cover: “Plan A: Survive heartbreak. Plan B: Turn self into bear.” A graduate of the University of Montana himself, Wessel’s characters thread their way through the familiar streets of Missoula and over the mountain trails of the Scapegoat Wilderness. The inner world of heartbreak that he explores is no less familiar, but there is something fresh about the path that his main character, Jack, takes into the wilderness and into very close company with bears. His work is most successful when focused on the relationship between Jack and his brother and on Jack’s inner struggle. But what could be a tired trope becomes a successful exploration of the metaphysical in Wessel’s hands, and the themes of healing and transformation take unexpected turns.

Mark Sublette’s new Charles Bloom murder mystery, The Butterfly Twins (Just Me Publishing, $24.95) once again brings readers into the world of Santa Fe art dealer Charlie Bloom, immediately immersing the reader in a mystery that has its roots 1,000 years in the past. Over the course of the series, the fictional Santa Fe art world and the regular characters that inhabit it have become familiar but continue to show depth. Likewise, the settings and historical and archaeological context add verisimilitude and intrigue. But Bloom’s quest in this latest attempt to foil the wicked and unscrupulous becomes personal. He has to unlock the secrets of Juan de Oñate’s Sante Fe governorship in the 1600s and unravel history’s mysteries in order to save his wife’s life and solve the mystery. 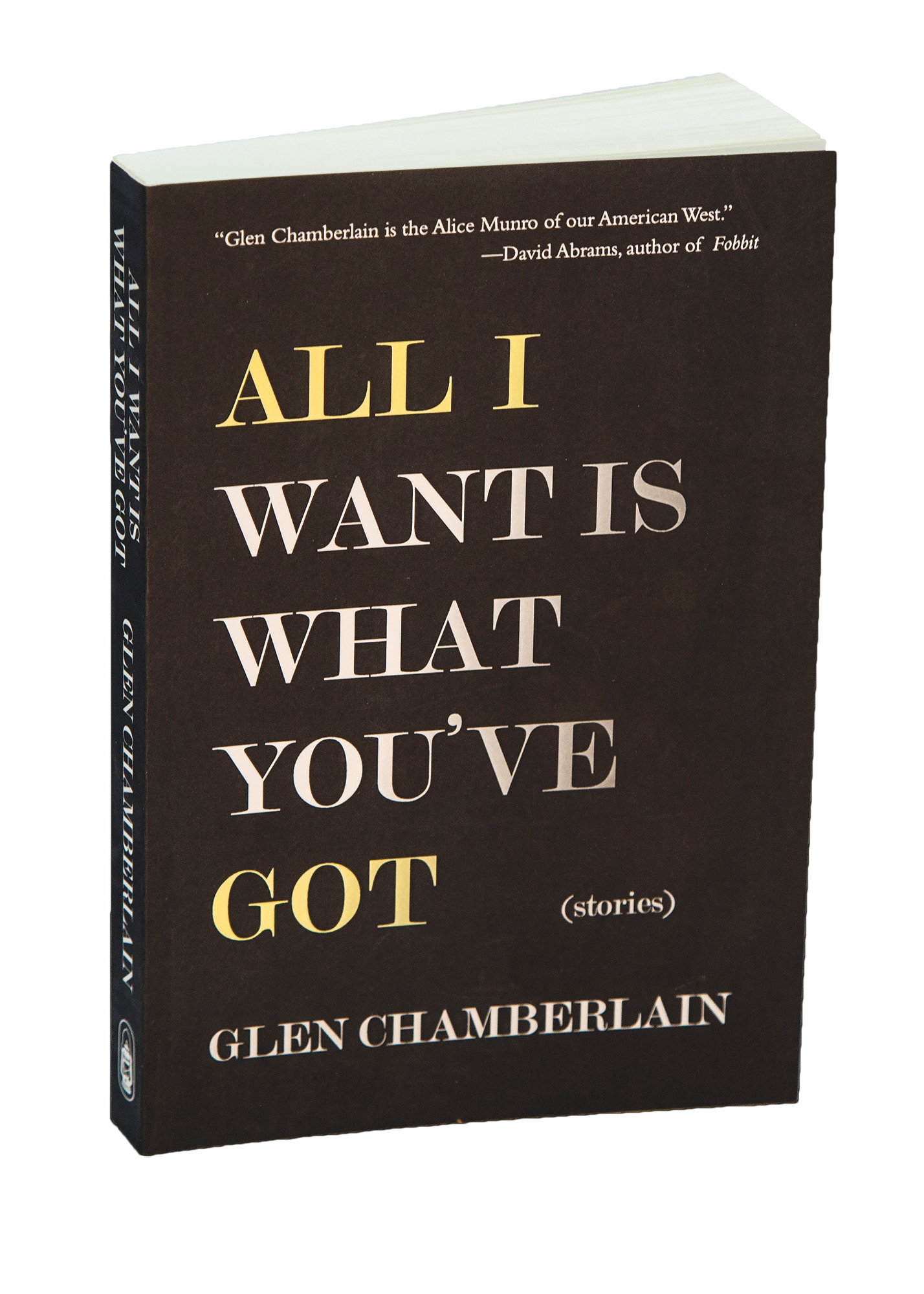 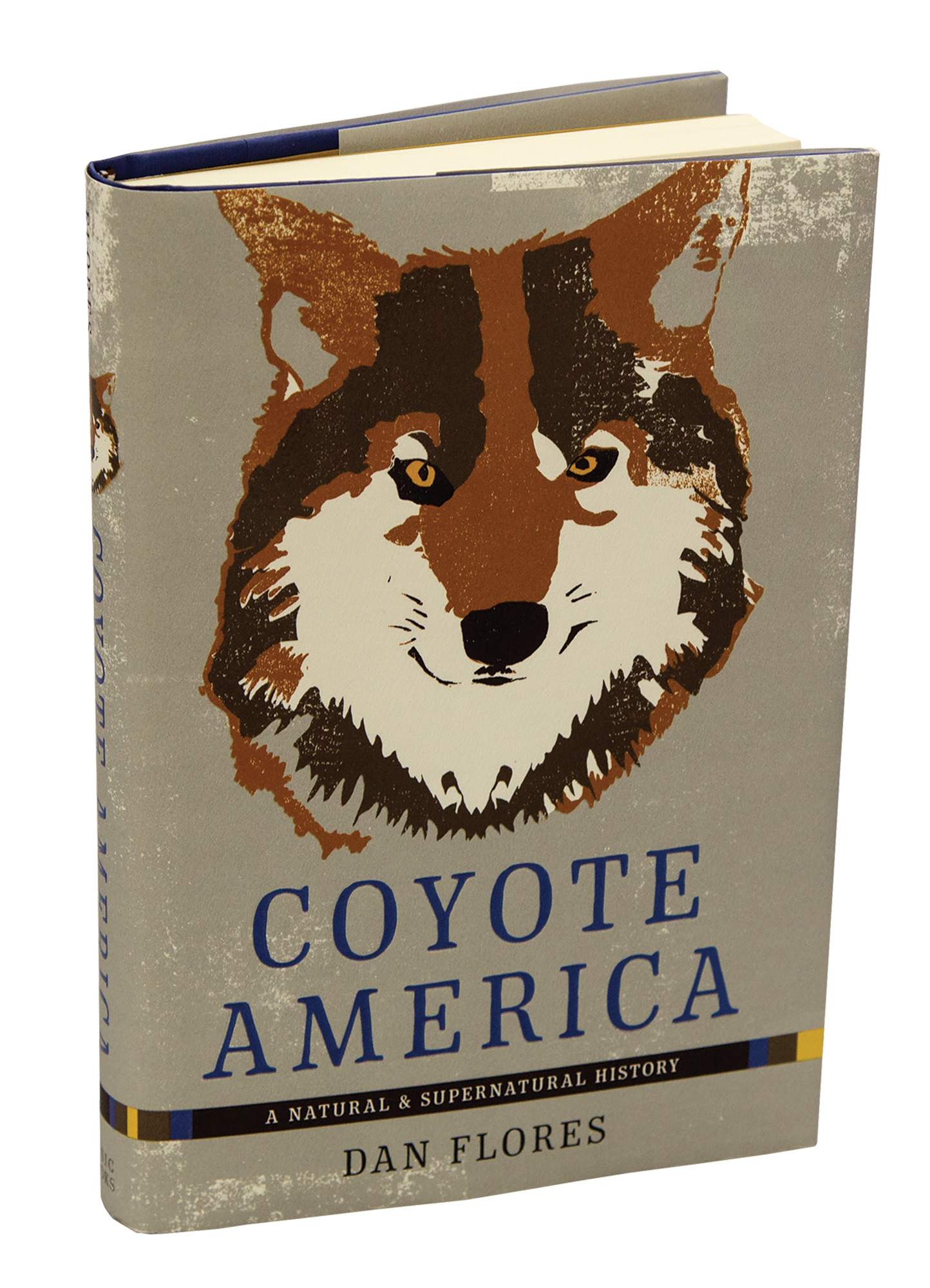 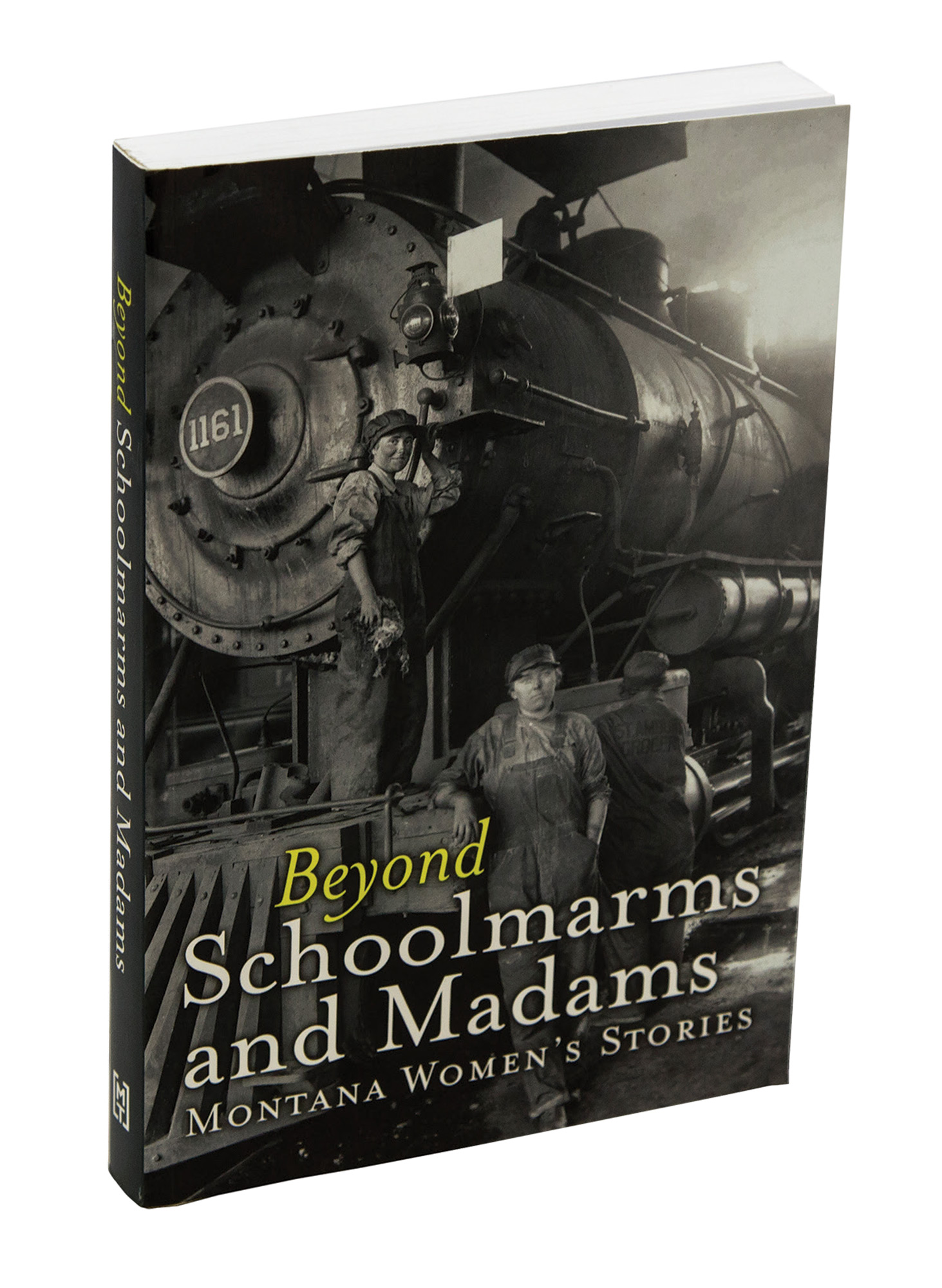 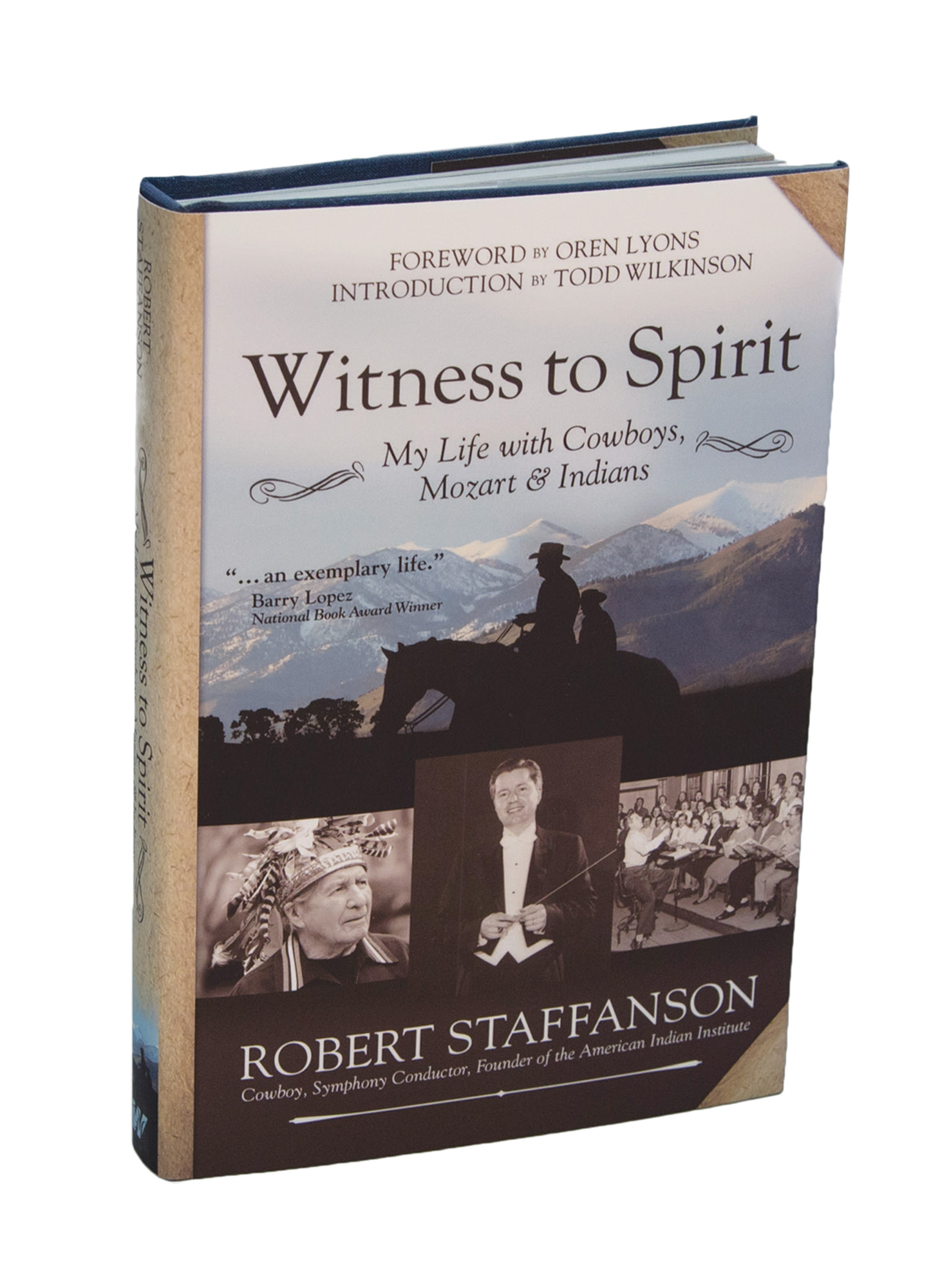 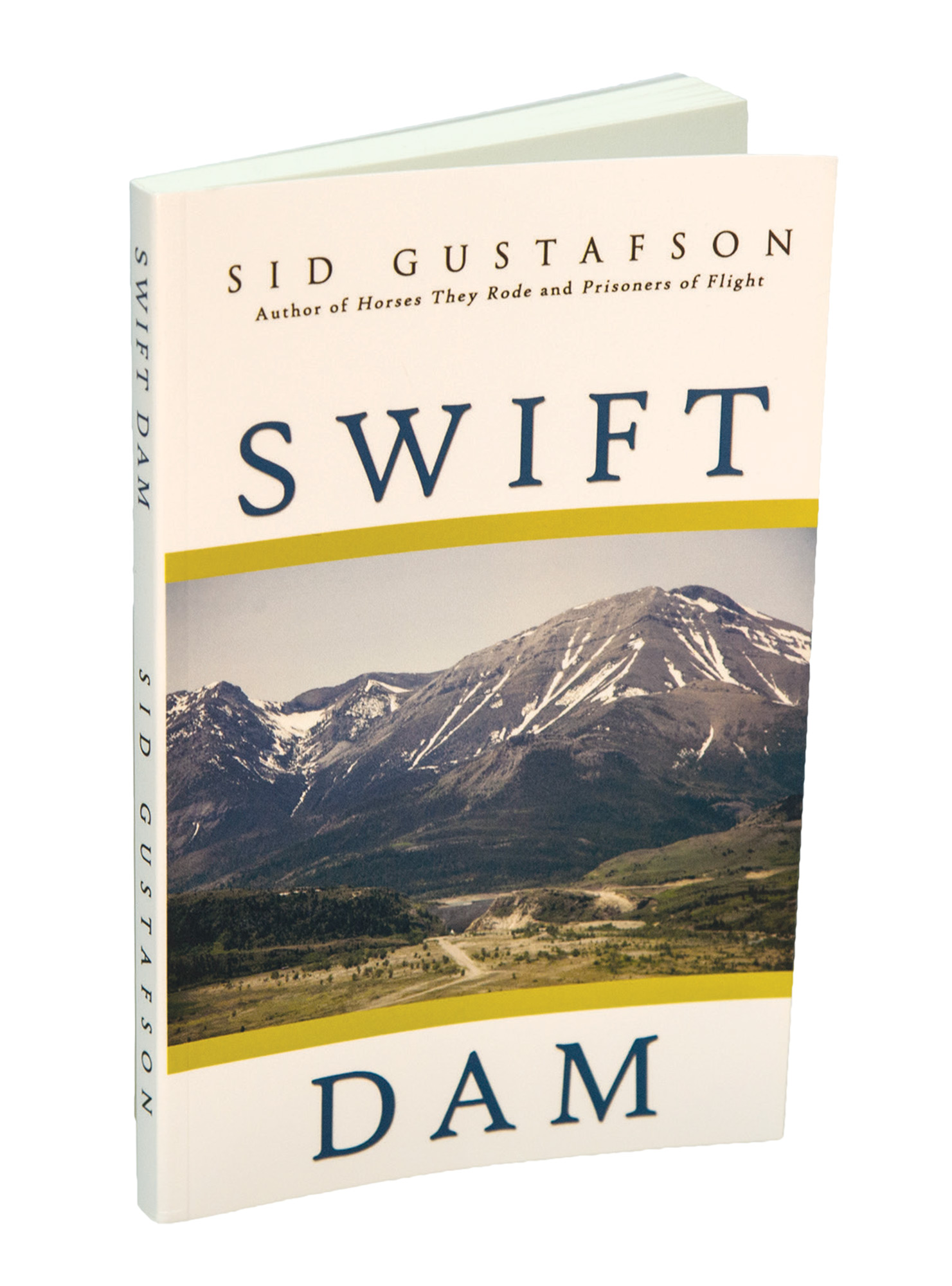 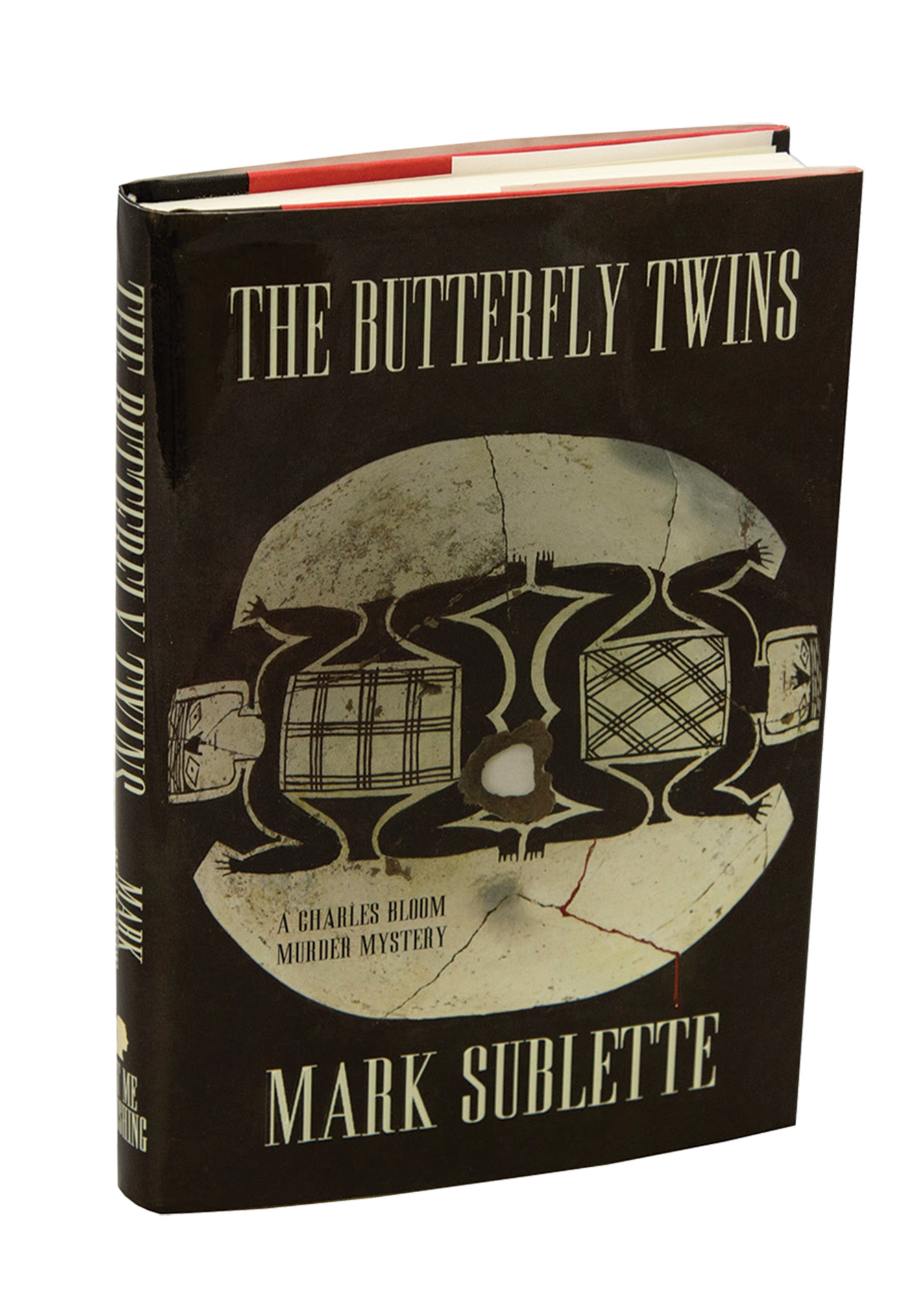