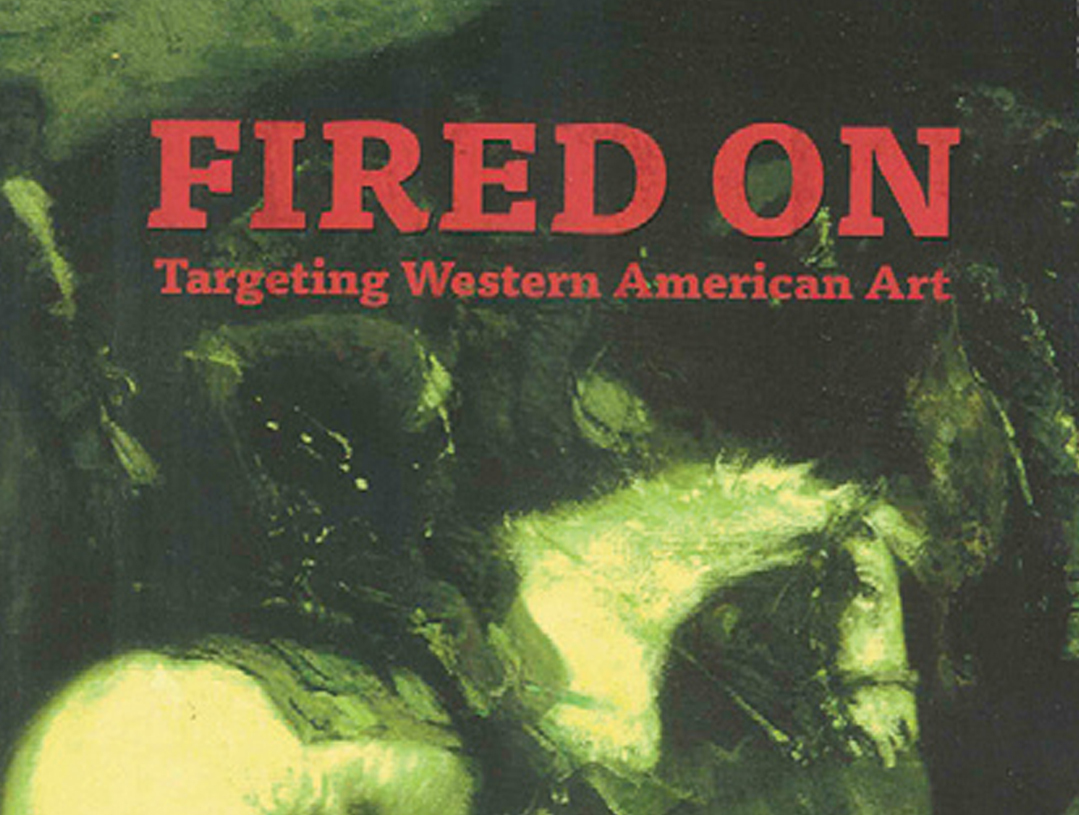 Part-time Livingston, Montana, resident and long-time writer about the Western experience, Toby Thompson turns his attention to the tradition of Western art and the artists who have created it in his latest book Fired On: Targeting Western American Art (Bangtail Press, $22.95). Through more than 40 essays and nonfiction short works collected from his 40-year career as a writer for a variety of publications — and a few new pieces produced for this volume — Thompson reveals the vibrancy of arts in the West from the 19th century to the present day.

The visual arts are well represented in Thompson’s collection; he covers the most famous names in painting and sculpture in the West, including Charles M. Russell, Frederick Remington, Carl Bodmer, Russell Chatham, and also a number of lesser-known masters and quirky Modernists. But the stories about the individual artists and their famous works make up only part of the wider view of Western art that is portrayed in this book. Thompson casts his net wide, reporting on events like the Red Ants Pants Music Festival in White Sulphur Springs, Montana, and unconventional artists like T.C. Cannon, a painter, poet, and songwriter.

These well-researched short pieces can stand alone as commentary, but together they create a mosaic of the Western arts that adds to our understanding of the place and its people. As the third in a trio of books featuring Thompson’s essays, reporting, and other writings on the American experience — the two previous are Riding the Rough String: Recollections on the American West and Metroliner, Passages: Washington to New York — this book makes a well-rounded addition to his overall body of work. 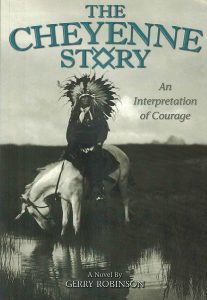 The Cheyenne Story: An Interpretation of Courage by Gerry Robinson (Sweetgrass Books, $19.95) is historical fiction that goes beyond an interpretation of the facts of a famous moment in history — the aftermath of the Battle of Little Bighorn. Robinson, a member of the Northern Cheyenne tribe, grew up on the reservation hearing the stories of his ancestors and of the events that led to the end of the Plains Indian War in 1876. The authenticity of Robinson’s voice comes from his experience and heritage, from the depth of his research into the conflict between the Cheyenne and the U.S. Army (which he conducted over 20 years), and from his extensive travel over the ground trod on by key historical figures.

The tale of a white interpreter, Bill Rowland, who has been married to a Cheyenne woman for more than 15 years, The Cheyenne Story is at once a sweeping epic (the first in a planned trilogy) and also an intensely personal and introspective drama. Rowland, who has been working as a go-between during the years of conflict, finds himself in an unimaginable position in November 1876, riding into the Cheyenne’s main winter camp with more than 1,000 U.S. Army troops. The Army is seemingly set on revenge for the events of the Battle of the Little Bighorn, and Last Bull, a Cheyenne leader from the Kit Fox band, is equally determined to defeat the Army for good.

The conflict within the tribe caused by Last Bull’s ambition and the caution exhibited by his fellow leaders adds an interesting dimension to the book. Rowland’s internal anguish at being part of the attempt to exterminate his wife’s people makes this award-winning novel a balanced look at a fascinating and complex story that is worth revisiting from a new perspective. 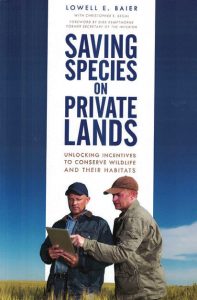 Saving Species on Private Lands: Unlocking Incentives to Conserve Wildlife and Their Habitats by Lowell E. Baier with Christopher E. Segal (Rowman & Littlefield, $95 hardcover, $40 paperback) is a hefty, thoughtful, and prescriptive handbook for landowners and land managers who want to help stem the loss of America’s at-risk, threatened, and endangered species of wildlife. Some estimates suggest that approximately 75 percent of vulnerable species inhabit private lands — which means that to be effective, conservation efforts must involve landowners.

Baier’s straightforward and thorough prose offers a roadmap for those who want to be part of the effort, including famers, foresters, miners, ranchers, and other land developers who will find that Baier’s advice for conservation is compatible with the practical requirements of business. Further, his suggestions for forming and maintaining public/private partnerships — which are the bedrock of successful habitat and species recovery — have the potential to lead to greater environmental and economic benefits.

While this is a guide written with business and property owners in mind, nonprofit partners should also find that it’s a valuable resource for forging relationships. Complete with detailed information on legal compliance, material on financial and technical assistance available to landowners, and examples of wildlife management plans, this book features a critical message about partnerships and the importance of cooperation in conservation. 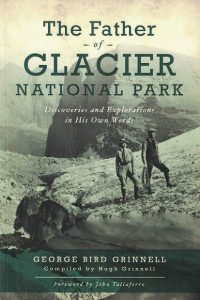 In The Father of Glacier National Park: Discoveries and Explorations in His Own Words (History Press, $21.99), historian and writer Hugh Grinnell, a distant cousin of George Bird Grinnell, has compiled some of the famed Western explorer’s best writings about Glacier National Park (also known as the Crown of the Continent), into an illustrated volume. This collection covers the creation of the national park and its earliest explorers, while it also shares insights into the life and times of the author’s famous relative.

George Bird Grinnell is well known for his prolific writing on his explorations of the West and the native peoples of Montana. He’s also known for his enthusiasm for the protection of the park that’s located in the northwest corner of the state. Hugh’s careful curation of these articles, journal entries, and personal correspondences — both previously published and unpublished — and the selection of archival and modern black-and-white photography make this an excellent addition to the literature on Glacier National Park and its most famous champion.