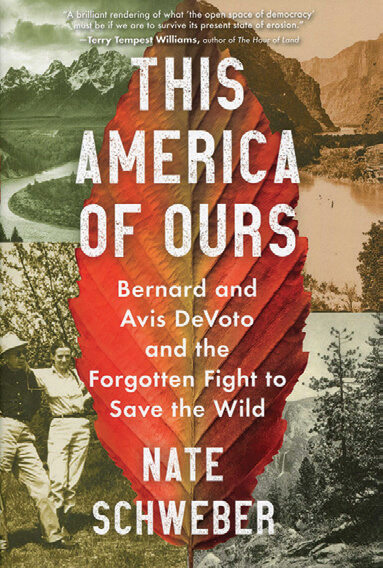 Avis DeVoto takes her rightful place alongside her husband, Bernard, in Nate Schweber’s lively and engrossing biography, This America of Ours: Bernard and Avis DeVoto and the Forgotten Fight to Save the Wild (Mariner Books, $28.99). Previous biographers have given us Bernard, best known today for his books Across the Wide Missouri and The Course of Empire, but the name on those books is only half the story. Schweber reveals that without Avis, there would have been no Bernard.

Throughout the 1930s, ’40s, and ’50s, the husband-and-wife team seemed unstoppable; while Bernard wrote, Avis edited, proofed, organized, promoted, and kept Bernard’s mental state in equilibrium. The latter of which was no small task, considering that J. Edgar Hoover, the Wyoming Stock Growers Association, and Sen. Pat McCarran (as well as his equally corrupt protégé, Sen. Joseph McCarthy) all had it in for Bernard. His outspoken defense of public lands, particularly through his regular columns in Harper’s Magazine, created a plethora of enemies among the privatize- and-plunder crowd.

With each new chapter, Schweber details yet another amazing twist to this true story: the connection of McCarthy’s “loyalty” trials to Western land grabs, Bernard’s work to center the value of public lands in the political platforms of Adlai Stevenson and John F. Kennedy, Avis’ persistence and expertise in guiding into publication a book on French cooking by a then-unknown chef named Julia Child. The DeVotos’ story has so many moving parts, so many disparate threads, that most writers would find themselves lost in the morass of it all. Instead, Schweber handles the intertwining and serpentine tales like an expert snake charmer.

Though a strongly researched and documented biography, the book reads like a novel. The twists and turns, the multi-dimensional characters, and the breathtaking adventures make for gripping reading, to the extent that when a sudden, terrible, joyous, or unexpected change occurs, we find ourselves silently congratulating the novelist for his inspired plotting — and, a moment later, not-so-silently remembering that it all really happened. 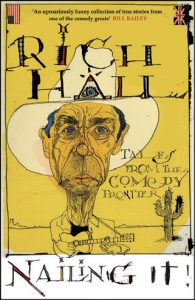 In reading Rich Hall’s fast-paced, Nailing It!: Tales from the Comedy Frontier (Quercus Editions, $26.99), one is left with a dilemma: Is this the work of a nuanced and engaging memoirist who happens to be spittakingly funny, or of a drop-dead hilarious comedian who happens to be a damn fine writer? A career of hitting big stages in the U.S. and the UK, as well as frequently performing on shows as legendary as Saturday Night Live and The David Letterman Show, suggest the latter, but this book is too thoughtful and emotionally honest to be written off as just a comedy routine in print. And the unflinching self-assessment of a man who has struggled through decades of hard work and hard knocks is evidence of an admirable memoir. Of course, the answer is both — Hall nails it on and off the stage, and on and off the page. 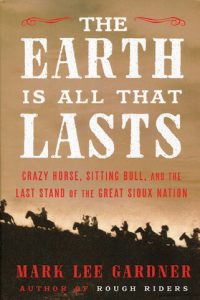 Digging deeply into often-neglected primary sources, Mark Lee Gardner has written a lavish and powerful dual biography in The Earth is All that Lasts: Crazy Horse, Sitting Bull, and the Last Stand of the Great Sioux Nation (Mariner Books, $28.99). Although more has perhaps been written about these two Indigenous leaders than any others, Gardner fleshes out their stories in nearly cinematic detail, giving us a fresh look into their characters, motivations, and passions. He also paints detailed images of the Western landscape and of all the diverse peoples who have made it — or are fighting to make it — their home. We’re gratefully left with a finer appreciation for the tragic struggle and selfless dedication of Crazy Horse and Sitting Bull, as well as myriad other Lakota men and women. We’re also left with a more precise understanding of the events that will forever loom large among the crimes of young America. 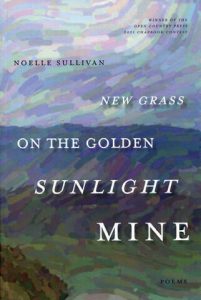 Noelle Sullivan’s New Grass on the Golden Sunlight Mine (Open Country Press, $9.99) is a slim collection of poems that resonates far bigger than one might expect, judging by its size. Yet, the reader is hereby warned: These poems will grab hold and not let go. Sullivan’s ability to become the subjects of her poems — whether a marmot at the Yellowstone Club, a fallen tree, or even the abused earth over the mine of the title — is where she draws her power. It’s how these poems avoid the pitfall that diminishes too much nature poetry that is merely about the natural world. These poems aren’t about something outside of the poet, they simply are. Through this transmigration of poet into poem, the plight of the natural world is impossible to ignore — our role in creating the current crisis becomes as inescapable as our obligation to create solutions for it. Sullivan’s is a poetry from which we can’t look away. 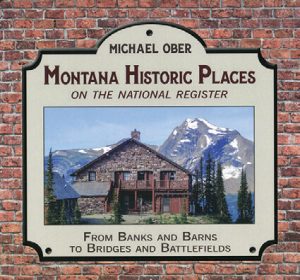 Michael Ober views nearly a millennium of Montana history through the lens of its historic sites in Montana Historic Places on the National Register: From Banks and Barns to Bridges and Battlefields (Mountain Press, $20). From inclusions of the iconic and famous, like Roosevelt Arch at Yellowstone’s northern entrance or the Anaconda Smokestack (big enough to house the Washington Monument), to the little-known to anyone but locals, like the 1920s-era Dave’s Texaco in Chinook or Ingomar’s Jersey Lilly Saloon, this engaging book is part travel guide and part historical reference. Filled with full-color photos of the places detailed, it’s also a vibrant depiction of Montana’s storied past. It’s a book to keep in the glovebox while hitting the backroads and byways of the Treasure State. 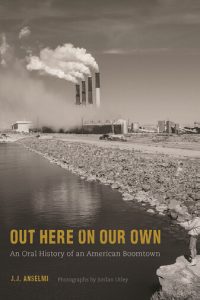 With echoes of Louis “Studs” Terkel and Jack London, J.J. Anselmi gives voice to the real folks of Rock Springs, Wyoming in Out Here on our Own: An Oral History of an American Boomtown (Bison Books, $21.95). Through interviews with people of all ages, a picture develops of the depression, desperation, drug addiction, high suicide rates, exhaustion, and hopelessness of life in a small town dominated by mining and its attendant ills of environmental destruction and financial uncertainty. But also, we see the resiliency and toughness of the town’s survivors. The boom-and-bust cycle of life in a place such as Rock Springs (or “Rock Bottom” as many of its residents call it) creates generations of victims to corporate greed and neglect, but, somehow, it also creates some who are able to rise above the mine dust and see the possibility of clearer skies.