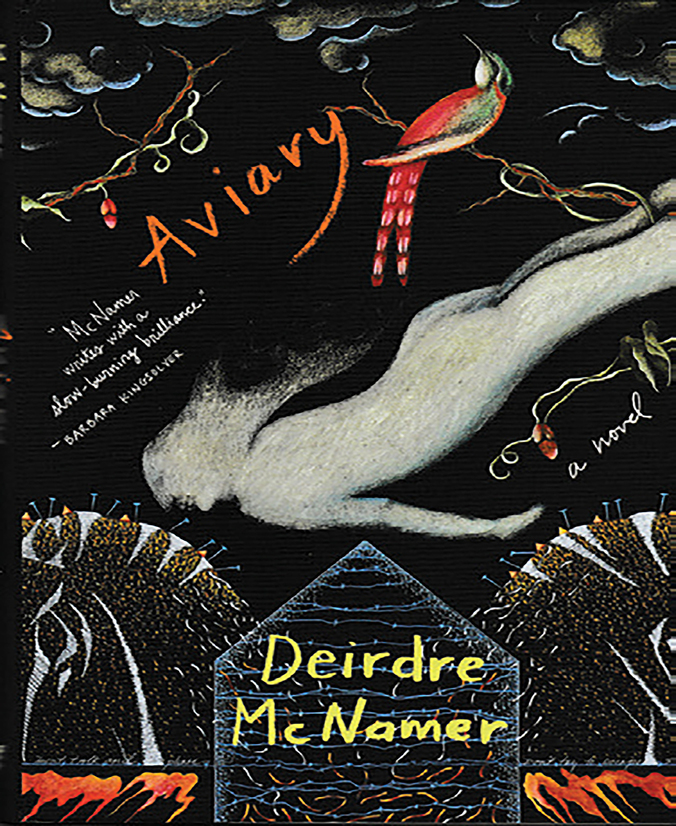 A tapestry of tribulations is woven, thread by thread, by the masterful hand of Deirdre McNamer in her newest novel Aviary (Milkweed Editions, $24). The list of demons she confronts is daunting: environmental degradation, elder neglect, child abuse, school bullying, predatory capitalism, mental health, housing, suicide — yet she manages to seamlessly illustrate the interconnectedness of them all. No one faces an isolated issue: Any given problem is related to myriad others. Pull on one string and the entire tapestry threatens to unravel. This truth plays out in heart-rending language across the pages of McNamer’s finely crafted story.

The action revolves around the tenants of Pheasant Run (the “Aviary” referred to in the title), a four-story, dilapidated apartment building for senior citizens in a Missoula, Montana, neighborhood that’s “thickly planted with maples and tall old homes.” The novel opens on a quiet morning with “nothing, yet, about it to suggest the small and large shocks to come.”

The use of the word “shocks” fittingly recalls Hamlet’s lament of “The heart-ache and the thousand natural shocks / That flesh is heir to.” Like the gloomy prince, the characters in Aviary have good cause to question life, to wonder if it would be better to make their quietus, if not with a “bare bodkin,” then with a stolen pistol or a fistful of pills.

An intentional fire in the kitchen of the building’s shiftless manager, Herbie Bonebright, is the catalyst for feathers to fly in and beyond the aviary, with an abduction, a possible murder, lies, and suspects everywhere. McNamer deliciously uses the structure of a who-done-it with a refreshingly original version of a Sherlock with the character Lander Maki, a foodie fire inspector with a nose that would put a bloodhound to shame (“hyperosmia” is the technical term), and an animal-empath wife whose work in the minds of so many troubled animals takes its toll on her health, mentally and physically. The novel is rich with characters as quirky and fascinating as Maki, and each of them make their way into the reader’s heart, taking up permanent residency.

But the real mystery to be unearthed in this novel is the same one that all great art ponders: What lurks in the hidden-away parts of us? What strange machinery makes us tick? This fifth novel by McNamer — also the author of the acclaimed book Red Rover — offers generous wisdom on the human condition in all its mysterious intricacies and internal workings. 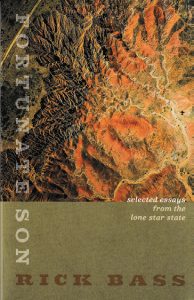 Rick Bass has become such an integral voice to Montana letters, with classic paeans to the Northern Rockies such as Winter: Notes from Montana and The Ninemile Wolves, that it’s hard to imagine him actually being from somewhere else. But in his latest release, Fortunate Son: Selected Essays from the Lone Star State (High Road Books, $19.95), he reminds us: His roots are firmly in Texas.

A hodgepodge of ruminations gathered from periodicals as varied as Esquire and Field & Stream,  Fortunate Son takes the reader deep into both wild and urban Texas and introduces us to a fantastic array of people — from a volunteer firefighter and a legendary bird-dog trainer, to the grit-and-whiskey-voiced songwriter James McMurtry, son of the late novelist Larry McMurtry.

What these essays have, beyond the common denominator of Texas, is the authentic voice of a writer who has put in the years and miles to arrive at a place of quiet and essential beauty. Whether describing a great congregation of white-faced ibises, a hill of wind-blasted juniper bathed in moonlight, or a final day of fishing with his father, Bass has found a way to express in language those things that usually can only be expressed by silence.

This collection is a felicitous introduction to the work of one of our great storytellers, and through these meanderings around the Lone Star State, the reader will likely crave more and be drawn next, as their author has been, to the wild spaces of the Big Sky State, and the books Bass has written to pay homage to them. 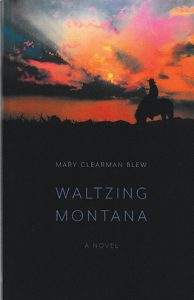 In Waltzing Montana (Bison Books, $21.95), Mary Clearman Blew continues to cast an authentic and unblinking eye into hardscrabble life on the high plains. This sweeping novel, with rich and aesthetic detail, widens the chorus of 1920s rural histories to include the strong voices of women, and the cultural, religious, and linguistic varieties that merged (not without conflict) on the drought-stricken grasslands of eastern Montana. The story is equal parts grand romance, crime thriller, and painful reckonings with the past, which synergize into a book worthy of attention. 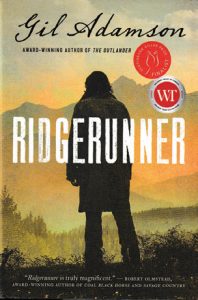 Gil Adamson’s Ridgerunner (House of Anansi Press, $28) breathes new life into the literary Western. To read this panoramic story of a father and son searching to find each other and themselves, a lonely nun harboring a dark secret, a crime spree along Montana’s Hi-Line, and survival in the nascent towns and wildlands of the Canadian West caught in the benumbing grip of the Great War, is a pure delight that reminds readers what a Western novel is capable of offering. 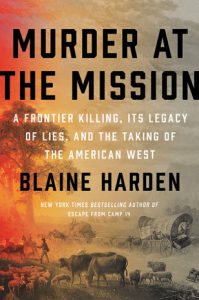 Amid the deluge of misinformation, mythologizing, and outright lies that have largely shaped common perceptions of Western expansion, Blaine Harden stakes out a piece of the firm ground of truth in Murder at the Mission: A Frontier Killing, Its Legacy of Lies, and the Taking of the American West (Viking, $30). In doing so, the author re-creates — in vivid and well-documented detail — the causes and consequences of the Whitman massacre of 1847, and how an utterly fabricated story, self-servingly devised by the rabidly anti-Catholic, nativist missionary Henry Spalding, set in motion the establishment of Oregon Territory, the widespread decimation and internment of its indigenous peoples, and the enduring myth of Marcus Whitman as the heroic savior of Oregon — a myth that continues to cloud beliefs and policies to this day.