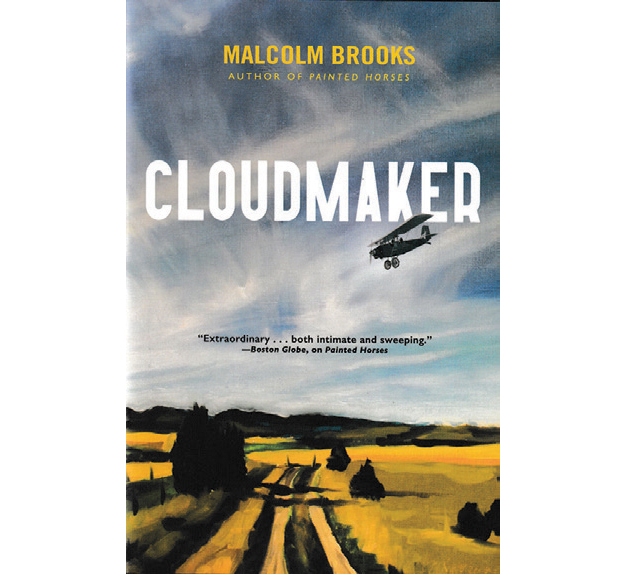 Malcolm Brooks hits brave new heights with Cloudmaker (Grove Press, $27), which soars into that rarified space where a deeply thoughtful and sweeping novel is also an edge-of-your-seat page-turner. This taut story takes place in eastern Montana during the Depression. Set at the dawn of the age of flight, it takes its impetus from the true adventures of David Comstock, a Montana teenager who built and flew his own airplane at the same time Charles Lindbergh and Amelia Earhart were making history with theirs.

Brooks reimagines the real-life innovator as 14-year-old Houston “Huck” Finn and provides him with a ragtag team of cohorts who, literally, help him get his dream project off the ground. Each character is so fully wrought and sympathetic that the reader is easily drawn into their lives to the point that we suffer when they do, and their fears become our fears. And when they take to the sky, with joy and a rush of freedom, we’re right there with them.

It’s not only the characters who come alive in these pages, but the imagery of an earlier era of Montana is drawn with such a deft hand that we come to know the dusty streets of Big Coulee and the aerial view of the surrounding ranches, hayfields, mountains, and buffalo jumps as if we too have lived there all our lives.

The story twists and spins like a daredevil pilot, with scenes as disparate as the discovery of first love, the fervor of religious revivalism, and the looming menace of a mob of bank robbers who are desperate to recover a very special wristwatch — one that holds a secret worth killing for and happens to be on the wrist of the young, would-be aviator. But despite all the danger and heartbreak, the yearning for the freedom of flight rises above all else.

With this second novel, Brooks has proven that his best-selling and highly-acclaimed debut, Painted Horses, was just the beginning of the flights of wonder on which he’s capable of taking his readers. Cloudmaker continues the ascent of this gifted novelist.

In Fire in the Straw: Notes on Inventing a Life (Arcade Publishing, $24.99), Nick Lyons reveals what devotees of fly-fishing literature have long known: He’s a breathtakingly fine writer. In this new memoir, the author of more than a dozen books on the art of what fellow angler John Gierach calls “standing in a river waving a stick” fishes instead for his own true self within the rivers of the past. 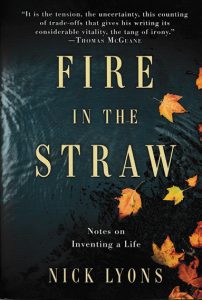 From his early, fatherless childhood, collegiate glory on the basketball court, and military service in post-war France, to the discovery of his passions for both fly fishing and literature, the experience of a self-made career in publishing, and his navigations into the commitments of family and love, Lyons weaves a heartfelt and lovingly crafted tale that almost reads like a detective novel. However, instead of solving a crime, the author tracks down all the clues that lead up to defining precisely who Lyons is today.

One such clue is the moment — as a young boarding school student — he first connects to angling: “At the pond I found a link to some world beyond my frozen affections, my anxiety, my sadness. My eyes were riveted to that red-and-white bobber, tipping back and forth, then darting down, and by the mystical geometries of light in water, the inverted cone within those depths, where, somewhere, were those endlessly interesting creatures who could live and breathe in water.”

A chapter later, he reads Hemingway’s short story “Big Two-Hearted River” and discovers that tales about fishing can rise to the level of literature. The rest, one could say, is history. However, there’s much more to be uncovered and savored in this book, and also in this author’s life, which has been well-lived and exquisitely rendered.

Gretel Ehrlich adds to her impressive list of memoirs with Unsolaced: Along the Way to All That Is (Pantheon Books, $26.95), which details her myriad adventures to far-flung parts of the globe. As she travels to the ice-world of northern Greenland, to a Pacific island cattle operation, a farming refuge in Zimbabwe, and to her beloved Wyoming ranch, the author discovers that in each extreme location, climate change and its devastating effects have gotten there first, and the solace she seeks has been sundered by the common crisis of our age. 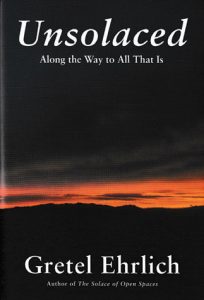 In Regarding Willingness: Chronicles of a Fraught Life (Riverfeet Press, $16), Tom Harpole revels in numerous escapades that could have ended in death for most people. Yet, somehow he lived to write about these harrowing, at-times poignant, and always wild adventures. A runner-up for the Montana Book Award, Harpole’s memoir brims with laugh-out-loud humor; but in reading, laughter can be quickly replaced by a lump in the throat, perhaps even a tear in the eye, with this fine narrative of a life that readers might wish they could have lived but, most likely, are glad they didn’t. 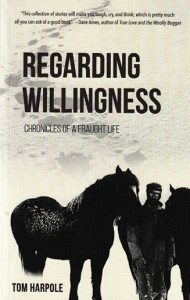 The Blackfoot River continues to run through the multi-generational story of the Maclean family in John N. Maclean’s memoir, Home Waters: A Chronicle of Family and a River (Custom House, $25.99). After a storied career in journalism, Maclean turned his pen to writing about wildfires. And now he turns it to the family and river made famous in his father Norman’s beloved novella, A River Runs Through It. Perhaps it would be unfair to compare this book with the soul-piercing poetry of the elder Maclean’s classic work, but Home Waters is a welcome and worthy addition to the family, making it clear that the apple didn’t fall far. 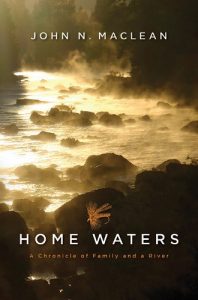 A fascinating slice of Montana history is brought to life in Mike Butler’s Getting Around in Glacier National Park (America Through Time, $24.99). A former “jammer,” as drivers of the park’s iconic red tour buses are known, Butler offers a rich and lively tour of the diverse methods of travel that have existed to and within Glacier, including trains, boats, horses, buses, cars, and feet. The book is lavishly illustrated with historic and contemporary photographs, offering a delightful ride through time with an experienced and engaging guide. 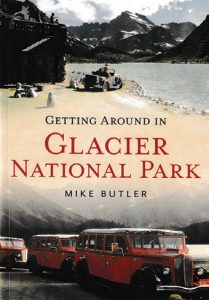