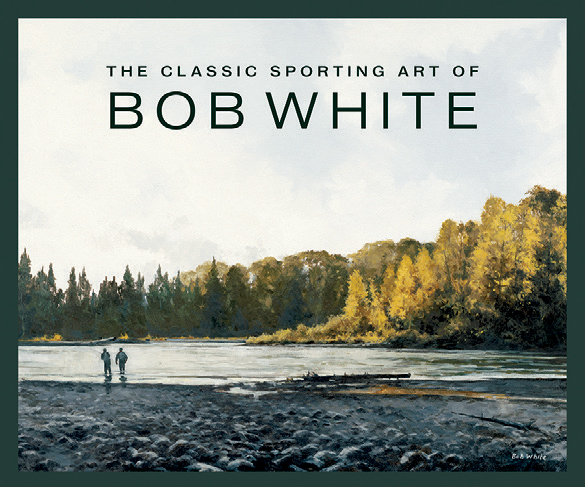 The Classic Sporting Art of Bob White (Stackpole Books, $75) is an eye-catching, oversized, lushly illustrated
A book featuring 200 works by the legendary fly-fishing-guideturned-writer/artist Bob White. The images — ranging from ink and pencil drawings to oil and watercolor paintings — reference the sporting lifestyle that has consumed White for many years.

White’s images fill the pages of this beautifully designed and thoughtfully curated book. They include scenes from fly-fishing and bird-hunting adventures, depictions of some of the sporting dogs who accompanied him, and some of the landscapes he experienced, from Patagonia to Alaska. One compelling section highlights a series of White’s oil paintings,
called “One Last Look,” which captures brown trout, rainbows, and other fish species at the exquisite moment just before they are about to be released back into the waters from which they came. The paintings’ vivid colors capture the essence and excitement that’s involved in pulling a fish from its subsurface life and then sending it back home.

In a section devoted to the art of upland bird hunting and the quest for waterfowl, quiet scenes in the soft light
of dawn and dusk are featured, juxtaposed by the antics of well-trained and enthusiastic hunting dogs, including trusty breeds such as Labs, Brittanys, Newfies, and vizslas.

In some pieces, White captures the action of a fly caressing the water’s surface, the sport of playing a fish, and the vigorous energy of hunters searching with their dogs. Other pieces focus on quieter, nostalgic scenes, such as the undeniable pull of a gentle stream or a grandfather and granddaughter sitting side by-side with their feet dangling off
a bridge. While White’s artwork is the focal point of this book, the literary aspects of sporting life have not been neglected, as extended captions and short essays provide context for the work. Thoughtful introductions by outdoor writers John Gierach and Don Thomas explain White’s impact within the world of sporting art and the importance of his documentations of it. 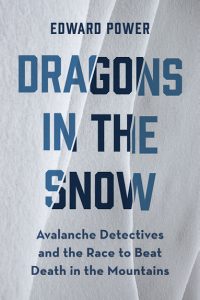 Edward Power’s Dragons in the Snow: Avalanche Detectives and the Race to Beat Death in the Mountains (Mountaineers Books, $19.95) captures the terrifying adventure experienced by a group of backcountry snowboarders who relentlessly made their way down Utah’s Uinta Mountains during a blizzard in January 2017. Power’s portrayal captures the explorers’ vivid urgency, alternating between their viewpoints and that of the forecaster at the Utah Avalanche Center in Salt Lake City. The gripping tale examines the snowboarders’ calamities on the mountain and puts them in context with the forecasters’ decision to post a dire warning about the conditions — one of the worst they’d ever seen — on that same day. The book begins with an adrenaline-inducing action sequence before turning to stories from the survivors, experiences endured by other backcountry enthusiasts, and the work done by snow scientists who act as detectives trying to solve the mysteries behind avalanches.

A former staff writer for The Philadelphia Inquirer, Power became interested in the tales of avalanches and their victims and survivors after moving to the mountains of Northern Utah and taking a course in avalanche safety. Filling the book with first-person interviews from around the avalanche research and rescue community, he brings his perspectives
as a new resident and his skills as a journalist to the story. This book is a worthy addition to avalanche literature, and it includes an in-depth look at what causes them, how to avoid them, and what remains in their aftermath. 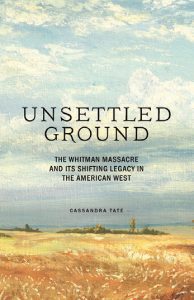 Unsettled Ground: The Whitman Massacre and Its Shifting Legacy in the American West by Cassandra Tate (Sasquatch Books, $24.95) is an examination of the famous events that occurred near Walla Walla, Washington, in November 1847 that ended the lives of missionaries Marcus and Narcissa Whitman. A thoughtful reflection on the legacy of what came to be known as “The Whitman Massacre,” the author also examines what it meant for Native people in the West and how it helped shape the creation of Western states and territories.

Tate’s depictions of the people and circumstances involved in the massacre add color and nuance through the benefit of hindsight. Although this gripping story has been told many times, this book serves as an excellent addition to the historiographical records of that era, looking at what happened after the event, along with how the Whitmans were
viewed by others, what their mission and motivations were, the response of the Cayuse tribe, and the resultant war. 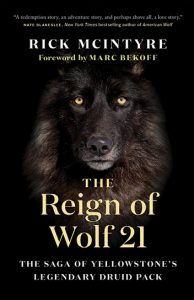 Rick McIntyre’s The Reign of Wolf 21: The Saga of Yellowstone’s Legendary Druid Pack (Greystone Books, $26.95) is the successor to his previous volume, The Rise of Wolf 8, both in style and substance. Detailing the tale of two members of the legendary Druid pack — the wolves first reintroduced to the Greater Yellowstone Ecosystem in 1995 — this latest title picks up where McIntyre left off in Wolf 8, revealing the science behind the relationships of alphas to their packs and the companionship between these animals, while telling a touching and remarkable story that stops short of over-sentimentalizing or anthropomorphizing Wolf 21 and his partner. Although both of McIntyre’s books on the topic can be stand-alone reads, outdoor lovers might want to read them back-to-back.