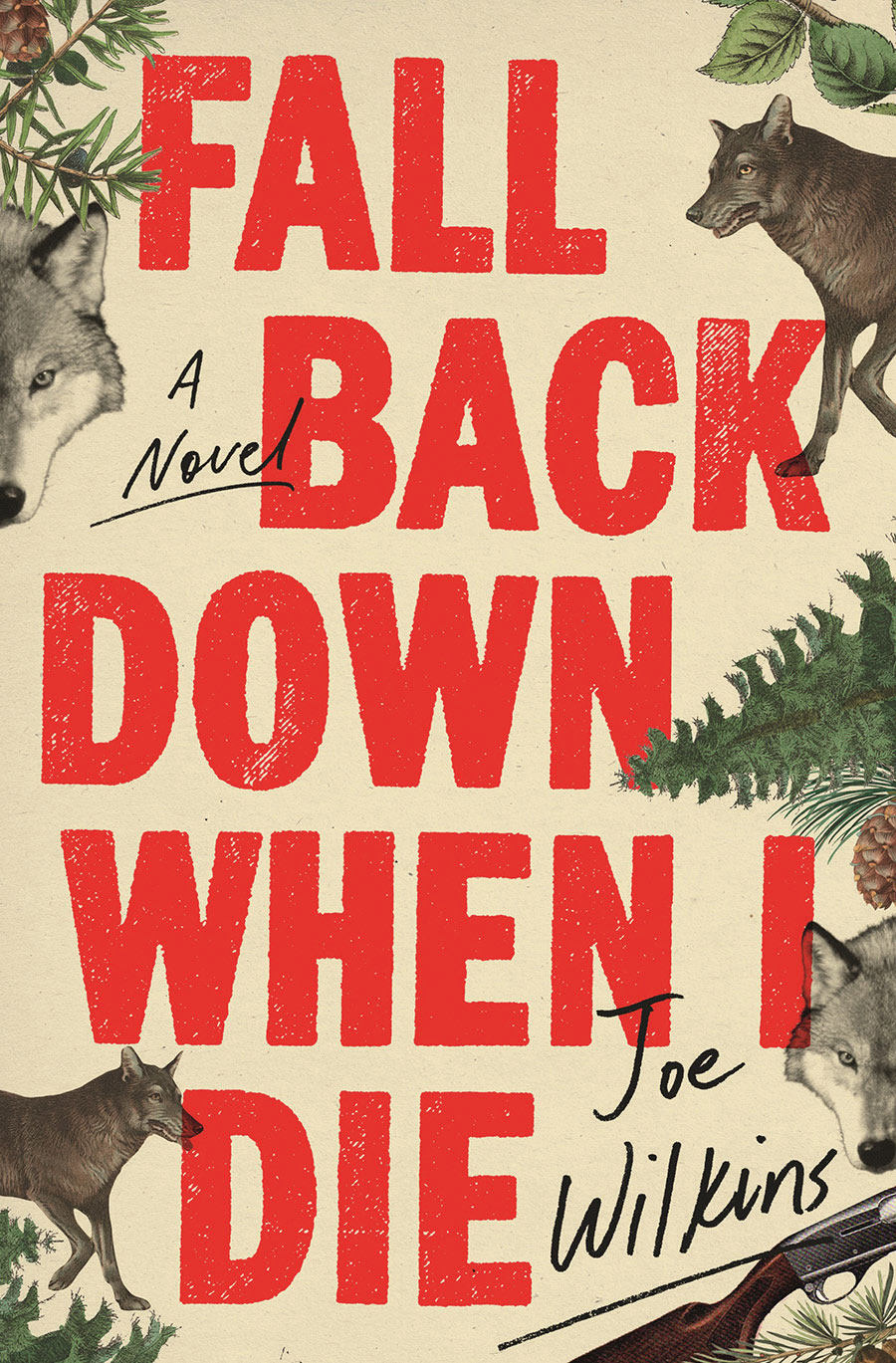 The lurking menaces in the lives of each character in Fall Back Down When I Die by Joe Wilkins (Little, Brown and Company, $27) are like the wolves that have begun reappearing in the mountains of Eastern Montana: shadowy, elusive, and always just out of reach, complicated by a set of decades-old, interrelated conflicts.

By the time the canned chicken noodle soup and buttered crackers have been eaten and the young boy is tucked into bed at the start of the novel, the oppressive poverty and hardship that lingers in the atmosphere of the trailer home is palpable. But it’s also clear that Wendell Newman, a young, broken, and recently orphaned ranch hand and former high school basketball star, is determined to do the right thing for the 7-year-old son of his incarcerated cousin. Wendell is proud of his Montana heritage and nostalgic for the time before his father’s disappearance and mother’s death, reflecting that he and the boy “were the last Newmans left in these mountains.”

The land around Delphia and Colter, Montana, where the story is set, is a place where homestead records date back more than 100 years and far-fetched tales of interaction with government authorities are the norm. Everyone around Wendell seems to be broken — from the assistant principal at the small public school to the survivalist who is plotting a stand against the government. Wendell is damaged, too, but is helped along by providing for the small, silent child and befriending a young woman from town who wants to help, but whose past bears a tragic connection to Wendell’s.

As the dramatic and horrifying conclusion of the novel unfolds in the foothills, Wilkins brings the wolves’ return into context with the events of the story: “It had always been hard. That’s why the wolves were coming back. They were built for it.” 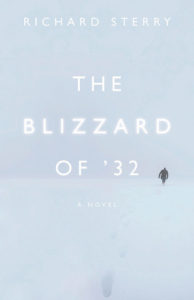 The unforgiving Depression years on Montana’s remote Hi-Line provide the setting for The Blizzard of ’32 by Richard Sterry (Riverbend Publishing, $16.95). Single mother Adelia Anderson has taken a job in one of Montana’s teacherages — a tiny two-room building that serves as classroom and quarters — after being left by her ne’er-do-well husband, Swan. She is there with her two youngest children, Viola and Will, when a blizzard hits.

Viola is old enough to drink coffee and dream of dancing the Charleston at a big town fête, but also young enough to imagine the snow fort she’ll build when the blizzard ends. Will, who is sharp and well-read, wants to return to their previous home to finish high school and then join the Marines, even while the Lutheran pastor urges him to go to seminary. Will is out on the annual Christmas tree hunt with the pastor — the Catholic church-goers happen to be along as well — when the weather changes. The tree hunters are caught in the blizzard when the long-absent Swan arrives for the first time in three years.

Simultaneously, Adelia’s oldest son, Eddie, is released from prison. Eddie is intelligent but overestimates his worth and can’t seem to escape trouble. Adelia’s oldest daughter, Rubyann, is also coming home carrying her own secrets.

Sterry approaches the landscape from a place of experience. A former resident of the Hi-Line, he has a feel for the country and for its inhabitants that comes through in comic and poignant prose. 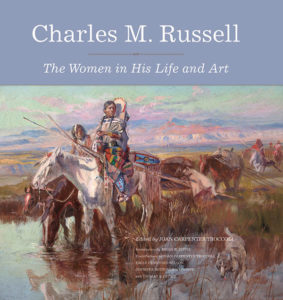 Charles M. Russell: The Women in His Life and Art (C.M. Russell Museum, $39.95), edited by Joan Carpenter Troccoli, tells the story of the women in the great artist’s life — both the ones who inspired him and the ones he depicted in his art. Russell is known for his high-action Western paintings and sculptures — from buffalo hunters to cowboys to fur trappers. But hundreds of his works feature Western women as well, and this lavishly illustrated volume draws attention to that aspect of the artist’s portfolio, offering a catalogue and interpretation of a side of the American West that looks beyond the masculine. Essays by four art historians approach the subject from different perspectives, putting Russell’s work in context to his relationship with his wife, Nancy Cooper Russell, his depiction of the feminine ideal, and the historic and artistic trends of the era. This is a must-have for Russell fans. 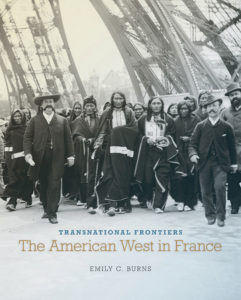 Transnational Frontiers: The American West in France (University of Oklahoma Press, $45) by Emily C. Burns offers vivid archival images and thoughtful historical analyses of Buffalo Bill’s tour to Paris in 1889. This was a trip that fulfilled European ideas of what that Wild West was like, and shaped the images that would fill cinemas, books, and popular culture for the next hundred years. Beyond looking at Buffalo Bill’s Wild West show, Burns examines the influence that France had on other American artists, writers, and travelers as well as how the rest of the world viewed America and the West. 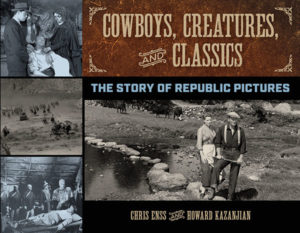 The early days of Western Film are documented in Cowboys, Creatures, and Classics: The Story of Republic Pictures by Chris Enss and Howard Kazanjian (Lyons Press, $35). The book takes readers through an illustrated tour of the studio that made classics like “The Atomic Kid,” “The Untamed Heiress,” “The Three Mesquiteers,” “Lawless Range,” and countless other films, in addition to being the homebase of John Wayne for more than 33 movies. The “little studio that could” worked six days a week to provide content to a local movie house, introduced the first singing cowboy, and provided audience goers with action, adventure, and escape through more than 1,000 films. 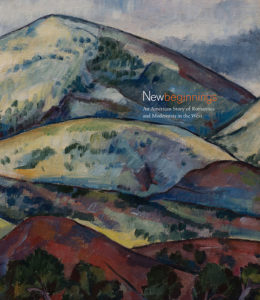 New Beginnings: An American Story of Romantics and Modernists in the West (Amazon, $65) by MaLin Wilson-Powell explores the importance of Santa Fe and Taos, New Mexico, in the art world of the 1920s and 1930s, when American and European artists flocked to the two communities, finding inspiration in the Western landscape that contributed to the growth of modern art. This illustrated catalogue of an exhibition of the same name features images of paintings, drawings, prints, photographs, and sculptures from 72 artists. The well-known and the lesser-known alike find their place in this thoughtful study of the exhibition, which will tour the U.S. in 2019 and 2020.