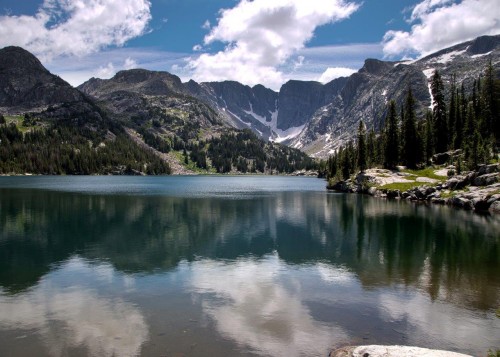 In each issue of Big Sky Journal, seems like there is always at least one article or photo essay that almost manages to make it into the magazine. In this case, the photo essay came from our editor, Allen Morris Jones.

“Last July,” Jones said, “I spent three days with my brother and a friend on a thru hike known as The Beaten Path. It’s a famous trail, but new to me. We went from just above Cooke City, Montana, through the Beartooths, and down to the East Rosebud. A distance of about 26 miles or so, with a peak elevation just under 10,000 feet. I’m in my mid-forties, and while I’m not in bad shape, I still felt pretty good about being able to make the trek without pulled muscles or twisted ankles.”

The Beaten Path is known for its fishing, as well as for the number of named waterfalls along the route. Jones took his fly rod, and managed to snag a few predictable brookies, as well as a single golden trout. “But fishing wasn’t our emphasis. We were more interested in the views and in the photography.”

When asked why he didn’t run this material within the magazine, Jones said, “I consider myself to be a pretty good photographer. I’ll take a camera along when I’m working on a writing assignment, and often the images will end up being published as part of a package. But I’m not the caliber of photographer that you most often see in BSJ. I felt like, at the end of the day, these photos were pretty good, but probably not up to the level readers might expect.” 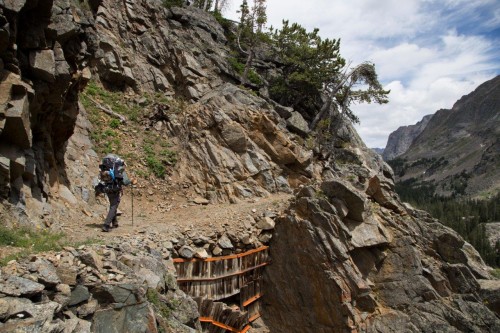 The first day of the hike was roughly eight miles to the picturesque Ouzel Lake. The second day, more leisurely, took them over the top and beside the cairn at Fossil Lake. Along the way, Jones caught his golden trout in a small, apparently unnamed lake half a mile or so to one side of the main trail. After Fossil Lake, they went past the stunning Dewey Lake, and camped that night beside the popular Rainbow Lake. The third day took them down to the trailhead on the East Rosebud. “Twenty-six miles, three decent blisters, a few thousand mosquitoes, and one golden trout,” Jones said. “Absolutely worth it.”