The ultimate snow rider road trip starts in Bozeman, Montana, at Bridger Bowl, where the legendary “cold smoke” snow speaks for itself and lift access to extreme or easy runs keeps life simple, but oh-so-good! From there, log the miles to research the best powder at the region’s top ski areas: Wyoming’s Grand Targhee gets the snow early; nearby Jackson Hole Mountain always promises epic steeps; then go old-school in Sun Valley, Idaho, home of long, wide groomers galore. Follow-up with a long-haul to Missoula, Montana’s Snowbowl Ski Area and then commit to some northern exposure at Whitefish Mountain where the summit gives up unforgettable views of Glacier National Park and Canada. Then finish it off back down in Big Sky for an all-mountain pass that scopes both Big Sky Resort and Moonlight Basin for laps of Lone Peak. Get out the road map and put on the snow tires!

2. Kayak where the sea used to be.

Taking in the geysers of Yellowstone Lake from aboard a sea kayak is awe-inspiring. DIY or check out the guided options with a reputable outfitter (www.oars.com; 800/346-6277).

Follow the trail of bison as they trudge through the deep powdery snow that blankets Yellowstone National Park during the winter months. Few modes of transportation allow for the flexibility and independence of a snowmobile in Yellowstone, where every path is a route to discovering wildlife, and the promise of seeing wolves and elk add to the thrill of the adventure. West Yellowstone, Mont., is the ultimate home base for this winter voyage: Two-Top Snowmobile Rental Inc. (406/646-7802); Yellowstone Arctic-Yamaha (406/646-9636);  Yellowstone Adventures (406/646-7735)

Far from Pamplona and the dangers of raging bulls, Reed Point (pop. 96) hosts the one and only Great Montana Sheep Drive every September. To the delight of a few hundred onlookers, the woolly beasts barrel down Main Street toward the town’s end-of-summer celebration complete with a street dance (After the sheep have been corralled, of course!).

Local farmer’s markets abound in the Northern Rockies, from mid-summer through late fall. Every market and every week’s bounty is different — from Flathead cherries in Polson, Mont., to honey in Salmon, Idaho, to grass-fed beef in Jackson, Wyo. Look to your local paper for times and places. One of the best is in Missoula, Mont. On Saturdays, June through October, there are three markets downtown that include produce, crafts and meat from local producers.

Ghost towns dot the high plains, harboring hidden history and the spirit of pioneer communities. Some of the West’s most intact frontier towns are in Montana: Check out historic Virginia City and nearby Nevada City, as well as Bannack where true tales of vigilantes spurred a string of outlaw hangings in the 1800s. An excellent travel guide for an extensive road trip is Ghost Towns of the Mountain West, featuring details of old haunts in Colorado, Wyoming, Idaho, Montana and Utah.

Montana and Wyoming are classically considered big game hunting states. While an abundance of deer and elk draw many sportsmen, the wing shooting is impressive, too. Look especially for a productive duck hunt in the fall.

The Jackson Hole One Fly is more than a fishing tournament. It’s a chance to contribute to funding conservation education, trout habitat protection and restoration, and natural resource management for the native cutthroat in the Snake River watershed and its tributaries. Fly anglers from the One Fly organization have teamed up with the National Fish and Wildlife Foundation to distribute funding to maintain a healthy fishery for future generations. Plus there are bragging rights if your team wins! The deadline for the 2012 event is December 15, 2011.

9. Stay at a Forest Service cabin.

Trading the crowds for a simple getaway to one of the dozens of cabins maintained by the U.S. Forest Service is a rewarding way to explore the quiet trails of the region any time of year. The sites range from dramatic, such as the Garnet Mountain Lookout Cabin  (Bozeman Ranger Station, 406/522-2520), available year-round and accessible by foot, ATV, ski, snowshoe, or snowmobile, to simplistic, as in the historic Yellowjacket Guard Station in the Idaho’s Salmon-Challis National Forest. Be forewarned, most sites are primitive with limited services (read: outdoor privies and no electricity), but if you feel like roughing it, there isn’t a better way to see the country. A helpful Web site (www.fs.fed.us) outlines rustic cabins of the region, or contact the ranger station in the region you want to explore. Check out www.recreation.gov or call 877/444-6777.

Dubbed the next best adventure sport, zip lines have become the best distraction at ski resorts from Jackson, Wyo., to Whitefish, Mont. Winter or summer at Big Sky Resort, zippers can feel the rush of the alpine breeze in their faces as they zing over the base area with bravado. Other courses, such as Grand Targhee Resort’s trip through the trees offers views of the Grand Teton, at 13,770 feet high, in the summer, while the harrowing course at Whitefish Mountain offers 2- to 3-hour adventures in the shadow of Glacier National Park.

Call me crazy, but I would love to go GLAMPING — the trendy term that defines luxury camping! I mean, I have lived in the tundra of Alaska in a wall tent collecting rain water for cooking and bathing; been a backcountry Sherpa in Yellowstone; car-camped at music fests and national parks and roadside campgrounds, but what would be so bad about sleeping on a pillowtop mattress under the stars, with lavender-scented Egyptian cotton sheets and a heated canvas tent as the only protection from the cool Rocky Mountain night? A little pampering won’t dilute the wilderness experience. Vote YES to glamping! Wyoming: Fireside Resort in Jackson (877/660-1177). Montana: The Resort at Paws Up near Missoula (800/473-0601). Idaho: Mary Jane’s Farm in Moscow (208/882-6819).

Roller derby is alive and thriving in Montana. For a glimpse of the gutsy and glamorous women who tough it out in bouts across the state go to www.magiccityrollers.com

For more than 50 years the Miles City Bucking Horse Sale has been held the third weekend in May. The population of the town doubles for the annual equivalent of a three-day cowboy Mardi Gras held at the local fairgrounds. Horse races, bucking broncos, street dances, oh my!

Rev up the Harley and ride from Red Lodge, Mont., up and through Beartooth Pass at over 10,000 feet to the Top of the World into Cooke City, and loop back to Red Lodge through Chief Joseph Scenic Highway. The annual Beartooth Rally (888/827-2663) is held every year in July. The 120-mile round trip includes a poker run with a $5,000 purse and an Iron Horse Rodeo.

A ride in a hot air balloon has to be one of the most unforgettable ways to view the Grand Tetons and their surrounding three states. Based in Driggs, Idaho, Teton Ballooning (866/533-6404) runs flights during the summer months. Over the July 4th weekend, whimsical hot air balloons fill the skies during Driggs Summerfest.

Say the river names out loud: Yellowstone; Snake; Madison; Jefferson; Mighty Mo; Blackfoot; Selway; Gallatin; The Green. On your own or with a guide. Walk and wade or drift away. Get your gear and forget everything else. Fish the river.

The Continental Divide Trail, a 3,100-mile U.S. National Scenic Trail running the length of the Rocky Mountains, crosses five states, including Montana, Wyoming and Idaho. The Montana portion is almost entirely in the mountains, with 110 miles traversing most of Glacier Park Just 11 miles south of the Canadian border is a trailhead in the Swiftcurrent Campground, near Babb, Mont. on Glacier Route Three. This trail exits the Glacier at Marias Pass to the south and runs south along the Continental Divide to Mexico.

The ancient Hawaiian sport of stand-up paddle boarding has migrated to the far north and created a new way to experience the rivers and lakes of the region. The surfers in Missoula make it look easy, offering rentals and lessons (406-546-0370).

Following in the footsteps of mountainmen and the wildlife they pursued, a handful of outfitters offer guided horseback trips into the backcountry of Yellowstone and Glacier national parks.

Throughout the year artists step up to the challenge of creating a work of fine art on the spot. You can acquire works by some of the best contemporary artists at Cody’s Buffalo Bill Art Show and Sale or Jackson’s Fall Arts Festival, both  in Wyoming; or at The Russell: The Sale to Benefit the C.M. Russell Museum in Great Falls, Mont.

See the countryside in a mobile home with comfort and style. Whether in an RV or the retro-luxury of an Airstream, embrace the Americana mode of travel and skip the hotel. Mintage Airstream in Missoula restores classic trailers: www.mintageairstream.com.

Tighten up your triple lutz and get on your blades for some good old fashioned skating at The Lodge At Whitefish Lake. Open to the public for broomball or figure skating, the majestic lodge on the edge of Whitefish Lake and near town is the ultimate winter getaway.

Criss-crossing the Mountain West, historic railroad trails are being reclaimed as biking paths, retracing the tracks that ultimately paved our way across the wild frontier. Trail of the Coeur D’Alenes is the newly constructed 73-mile long asphalt trail that nearly spans the Panhandle of Idaho. Its highlight is the Route of the Hiawatha, an unpaved portion that winds through 10 tunnels and seven high trestles for 15-miles across the rugged Bitterroot Mountain Trail. Nearby Lookout Ski Area provides a shuttle from June through early October. On the high plains, River’s Edge Trail is a 30-mile rail-trail on abandoned portions of the Great Northern and Milwaukee Railroad in Great Falls, Mont. Bozeman’s Galligator Trail links the historic Main Street to the multiple mountain ranges that frame Gallatin Valley.

Tell us the top things on your BSJ List in the comments below or on our Facebook page. 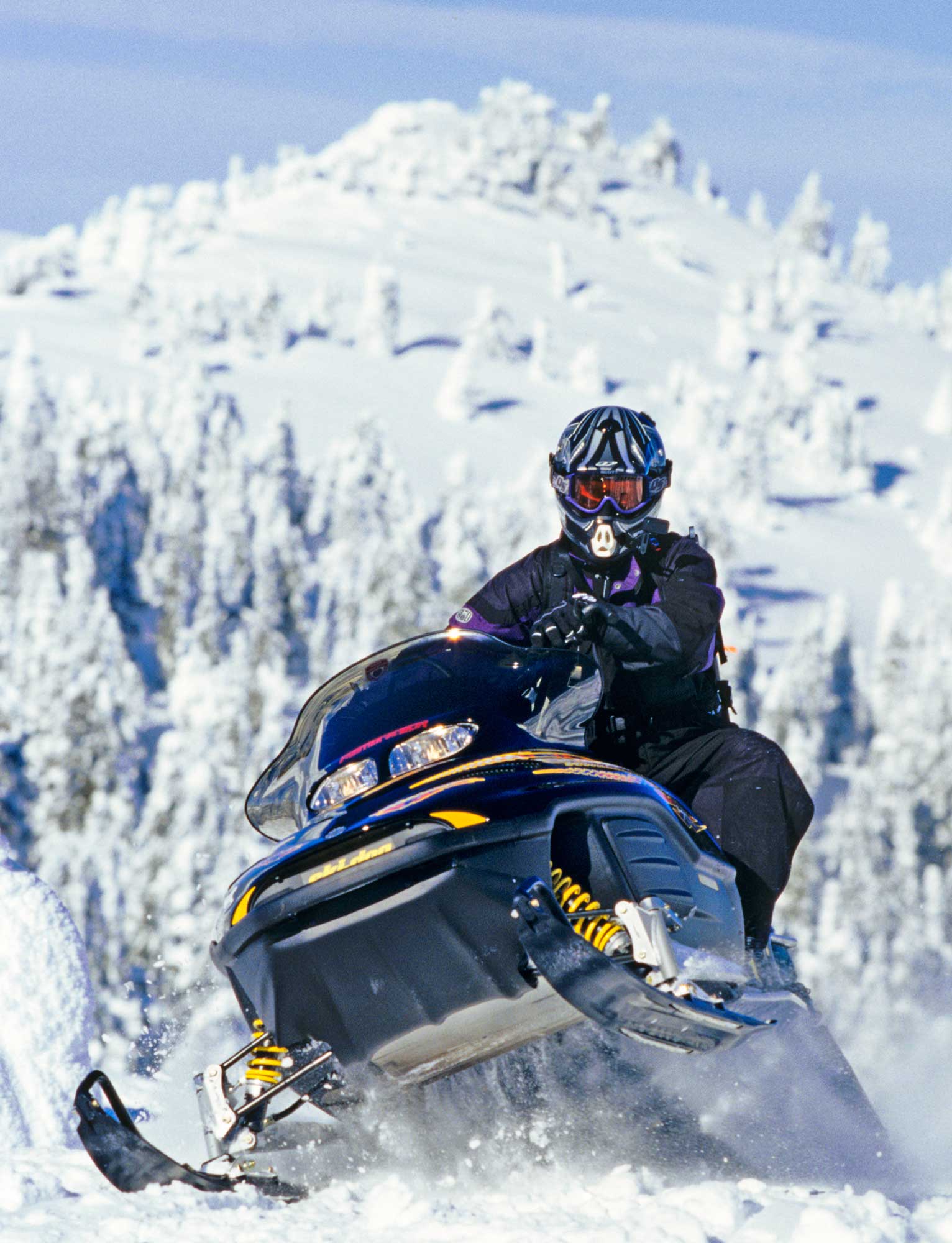 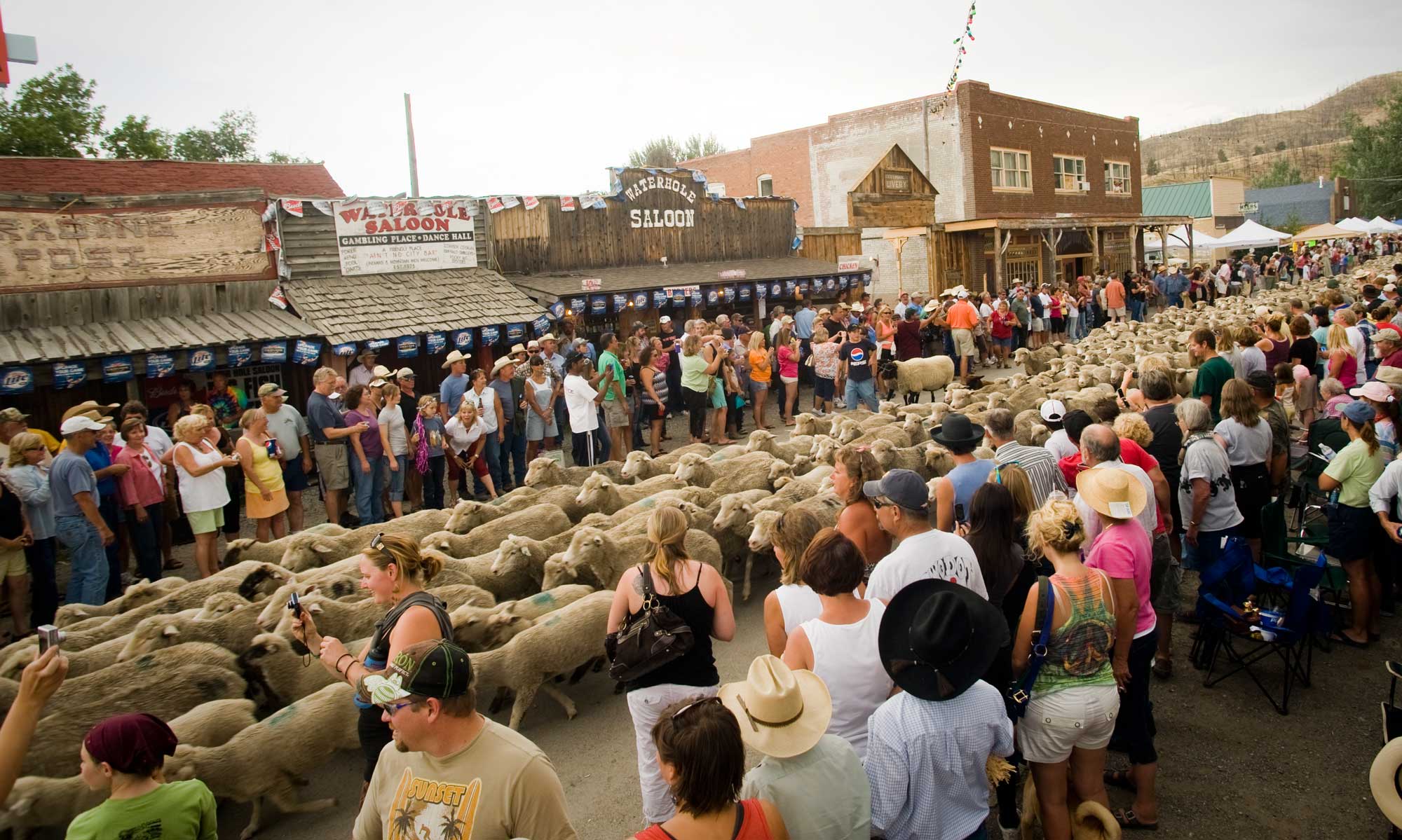 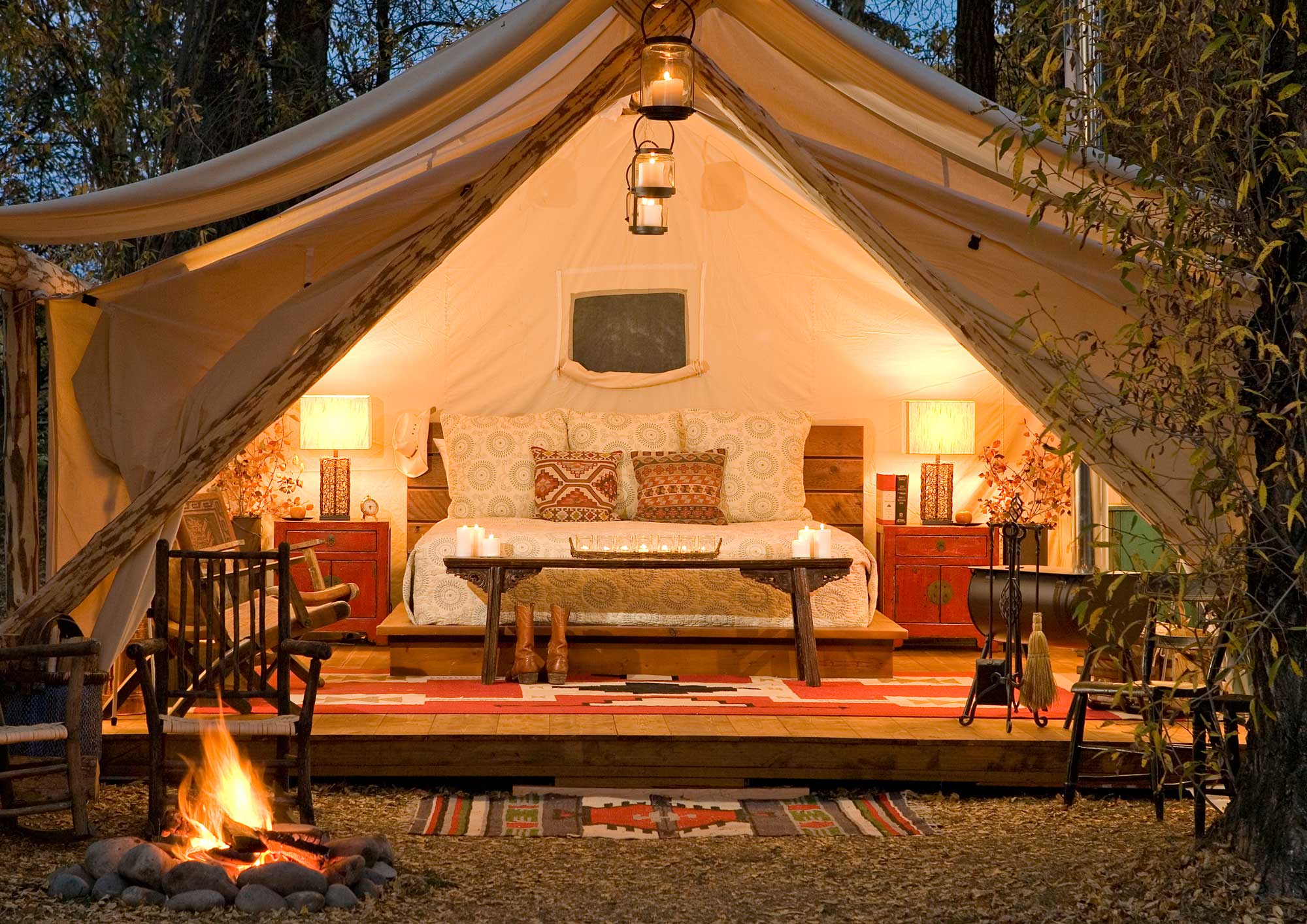 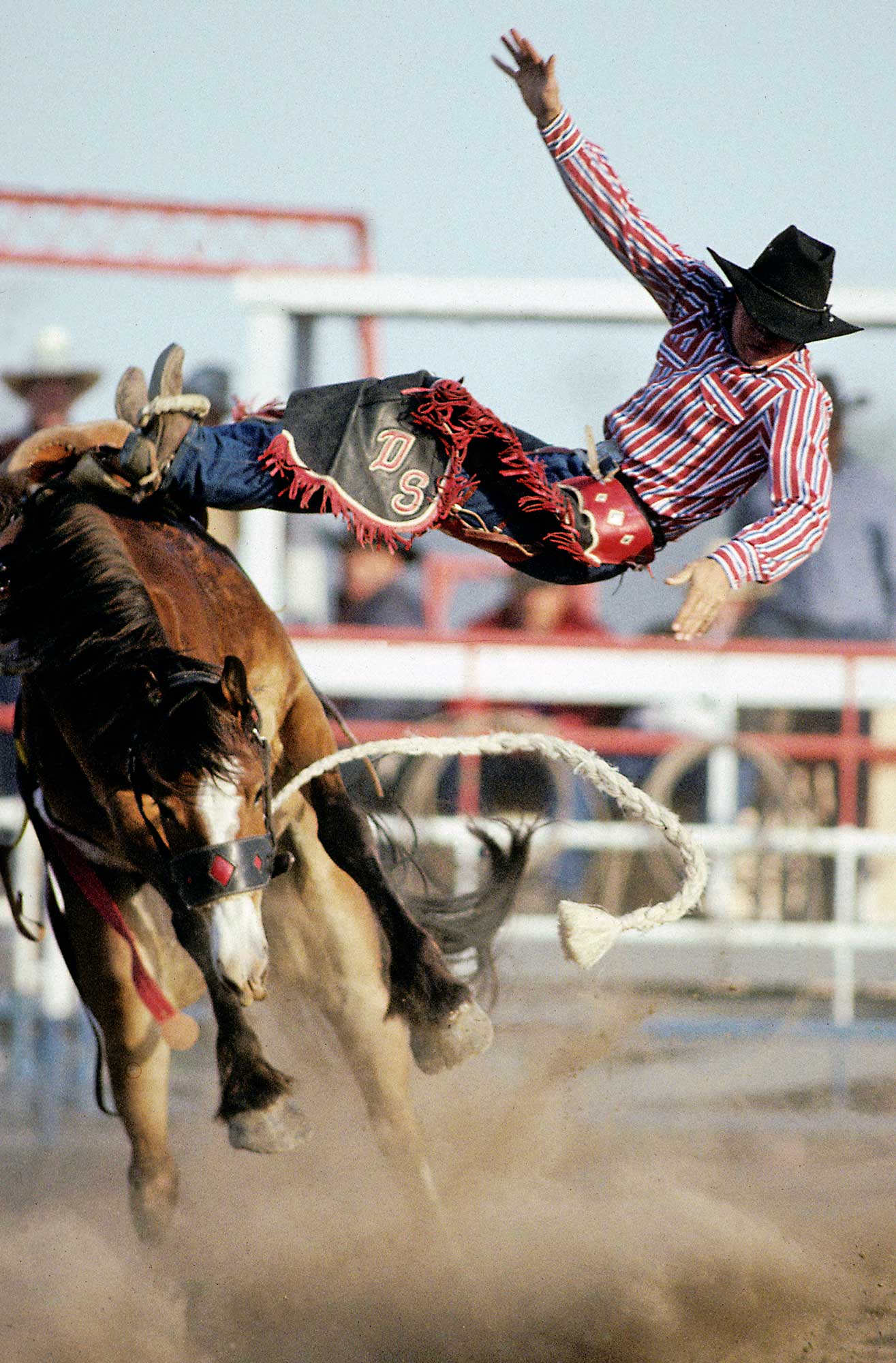 Photo by Will Brewster 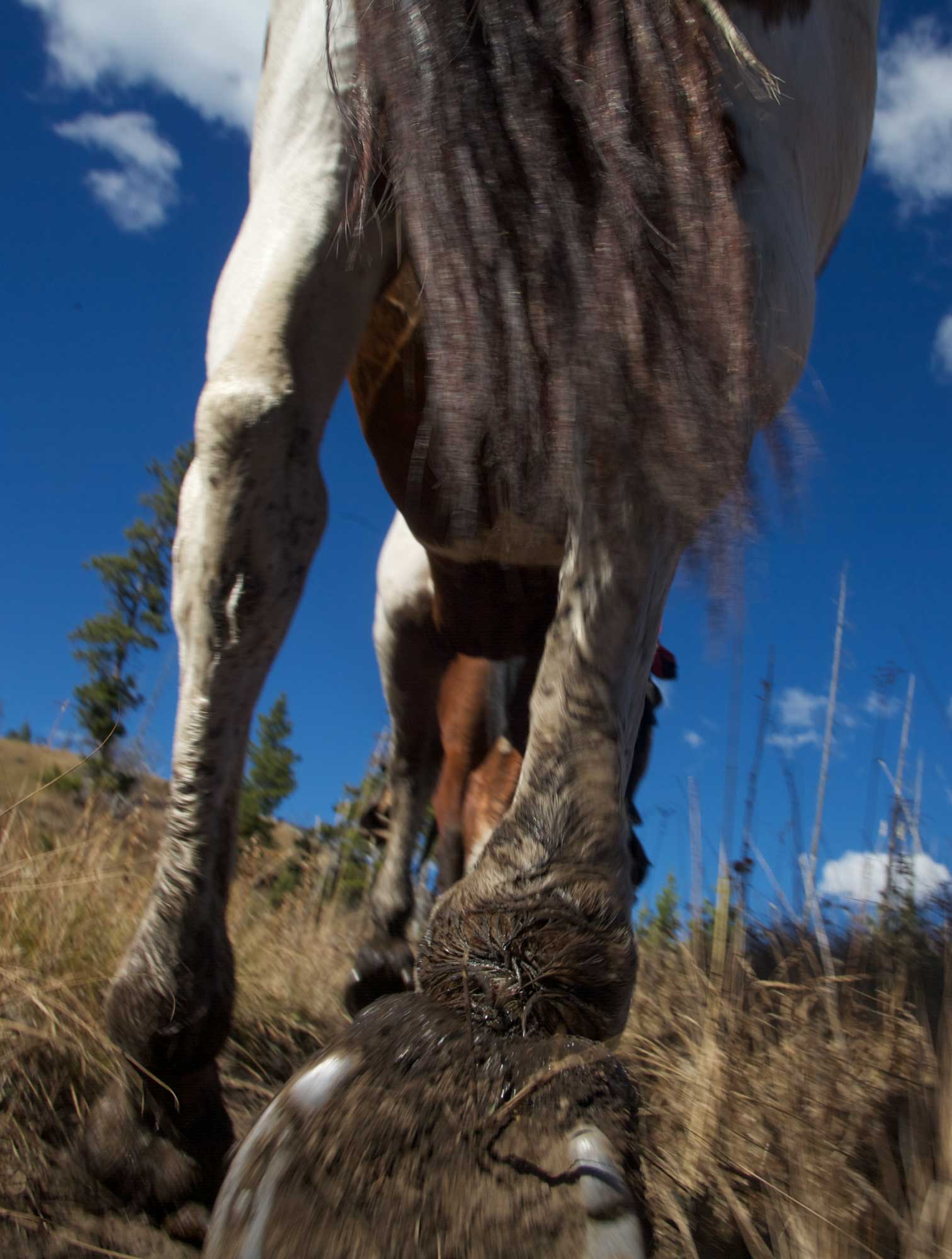 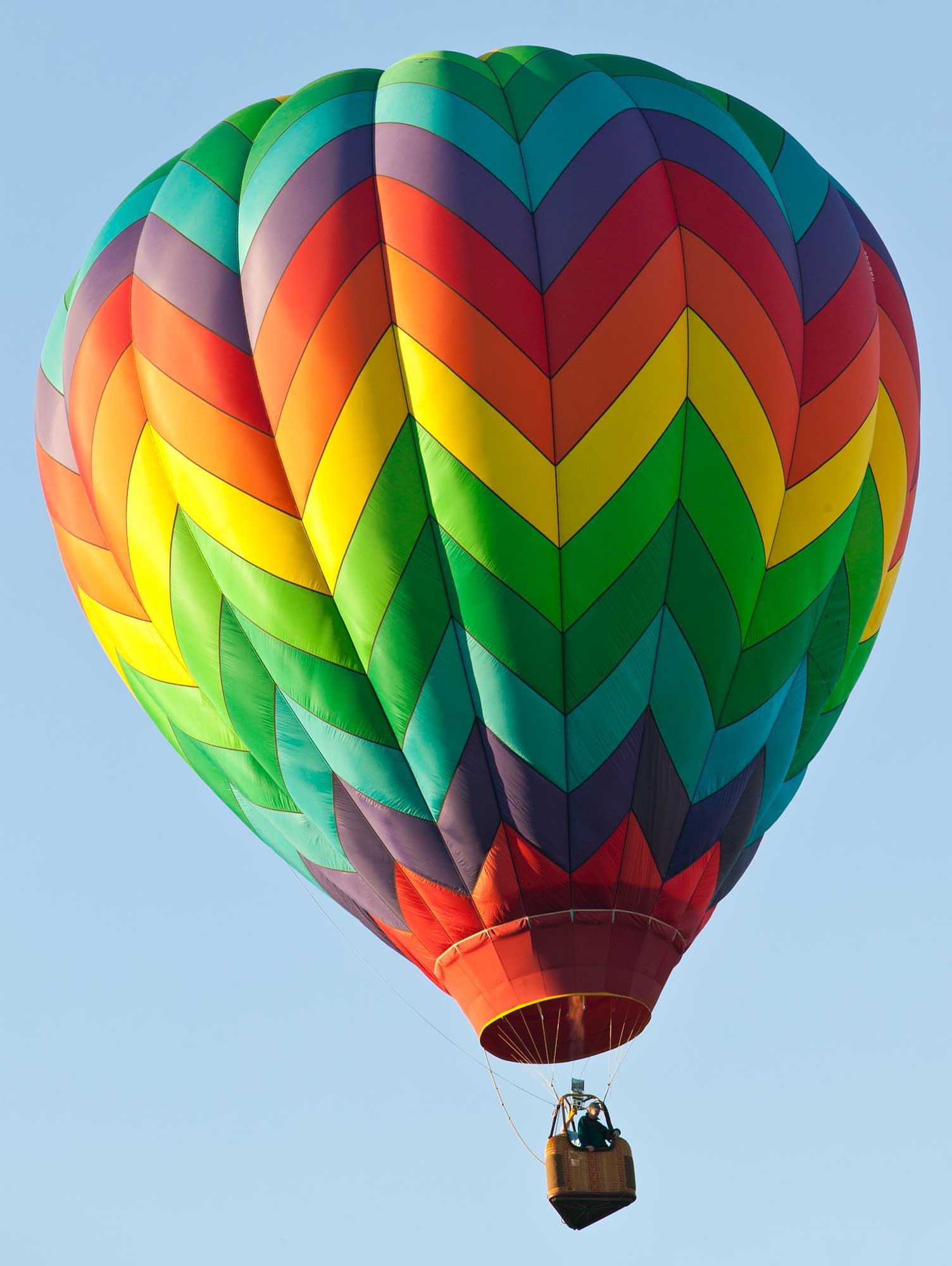