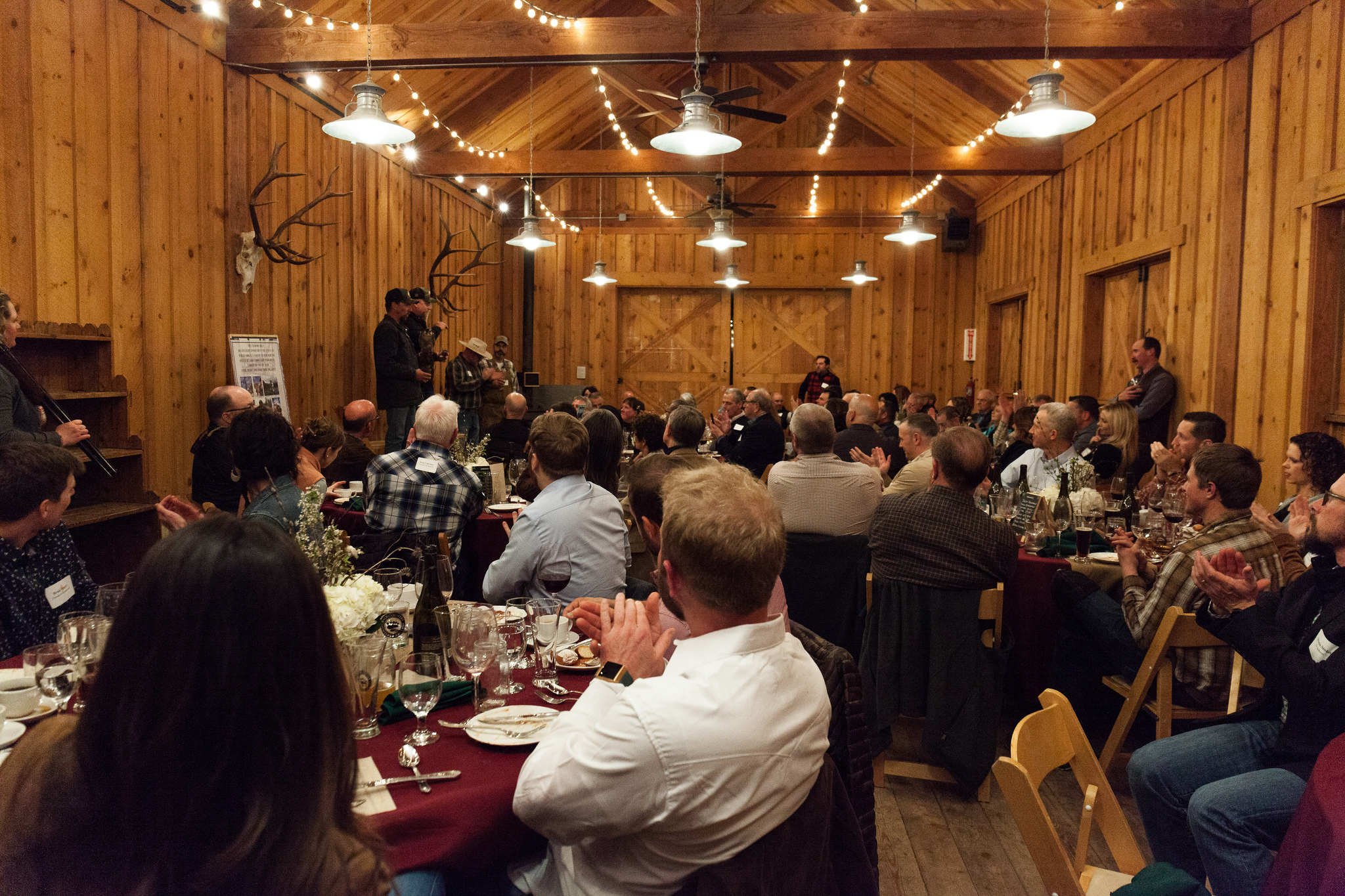 23 Apr BHA Rendezvous ‘The Start of a Revolution’

Public lands sportsmen and women proved that their voices cannot be denied – and are getting louder – at Backcountry Hunters & Anglers’ 2018 North American Rendezvous, which drew thousands to Boise, Idaho, last weekend. Passion for the backcountry, commitment to public lands and waters and an electrifying atmosphere characterized the BHA annual gathering, where sportsmen leaders, innovative outdoors companies and grassroots hunters, anglers and others united in support of our outdoor opportunities and traditions.

“This weekend we witnessed the start of a revolution,” said Land Tawney, BHA president and CEO. “BHA’s family is growing exponentially with the right people. We shared high fives, amazing stories and serious conversations about the fate of our public lands and waters. The conservation leaders who laid the path of the legacy we enjoy today are beaming as they look down on the movement that is Backcountry Hunters & Anglers.

“Whether you hunt, fish, trap, pick huckleberries, mountain bike, trail run or backcountry ski, if you love public lands and waters you have a home at BHA,” stated Tawney. “I have no doubt that the energy from Rendezvous will permeate throughout the country as our members return home and spread the good word. We have much yet to do together!”

Rendezvous attendees showcased the diversity for which BHA is known, representing a wide span of ages and backgrounds, with many younger members showing up with their kids in tow. “I was stunned. I had no idea they would have that kind of a crowd,” Boise Mayor Dave Bieter told the Idaho Statesman. “I also was surprised by the demographics.”

“So much separates the BHA Rendezvous from everything else out there,” said Ryan Callaghan, First Lite director of conservation and public relations. “You leave energized. People come to Rendezvous to learn and to interact with the hunting community, to focus on the collective instead of the individual. Rendezvous is a marketing fantasyland. The crowd is young, driven and willing to engage.

“BHA is here to get things done,” concluded Callaghan. “They’re a group of doers who literally will not take no for an answer. I cannot tell you how proud First Lite is to be a part of this groundswell.”

Patagonia founder Yvon Chouinard traveled to Boise to attend the BHA Rendezvous for the first time.

“Politicians across the country should watch out for the backcountry crowd that I saw in Boise,” said Chouinard. “They are fired up and they are smart, and they care more about protecting public lands than any group I have ever been around. There are lots of hunters that are tree huggers and a lot of tree huggers are hunters – and the only way we are going to get anything done is to acknowledge that and work hard together.”

BHA was formed around an Oregon campfire in 2004. Since then, the sportsmen’s group has established itself as the leading voice of North American public lands users, including hunters, anglers and other outdoor recreationists. BHA has chapters in 39 states, two Canadian provinces and Washington, D.C. Newly established chapters will be announced shortly.

Dates and location of BHA’s 2019 North American Rendezvous are forthcoming.