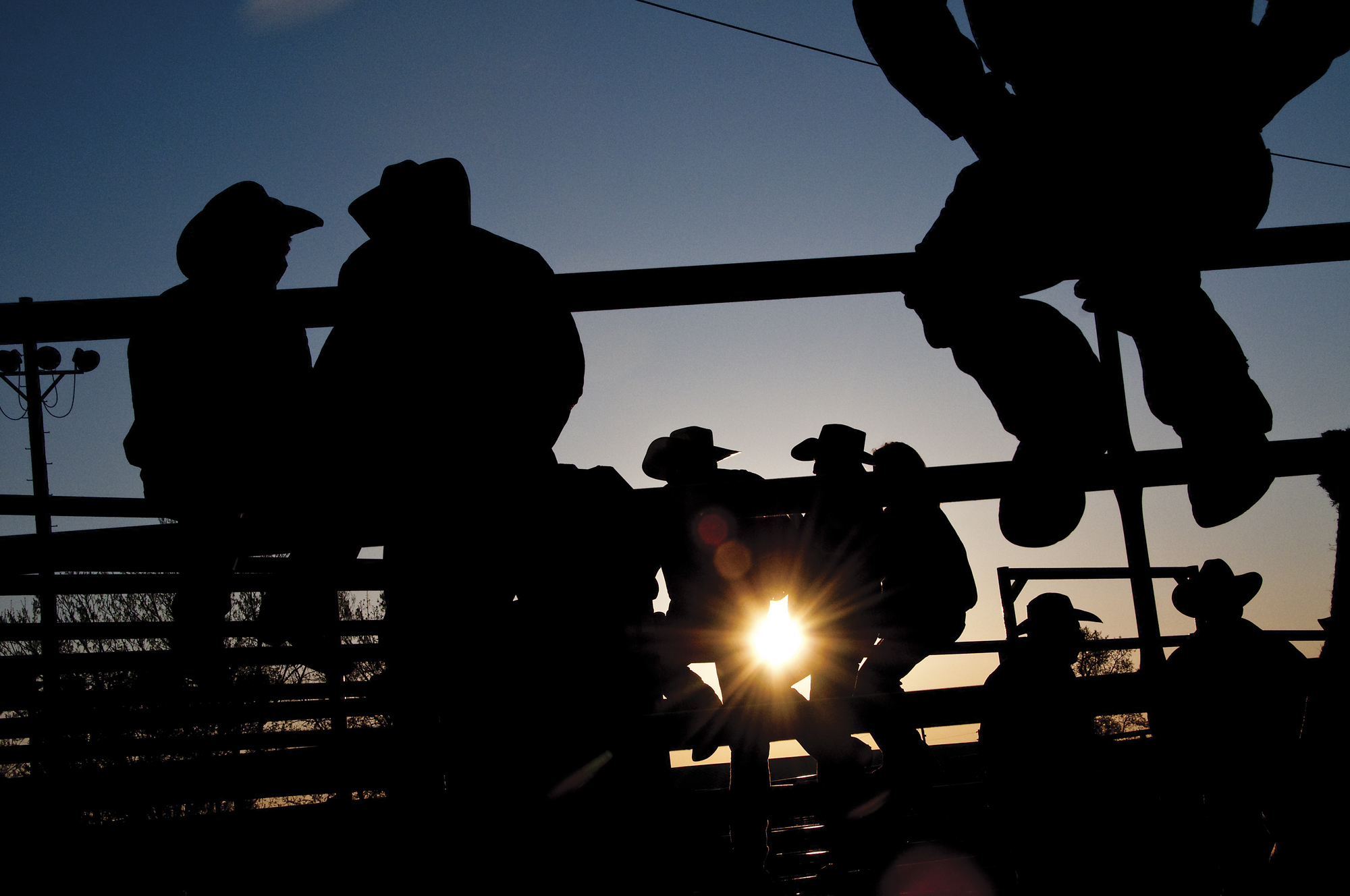 THE RODEO GRANDSTAND is usually filled with weathered locals and city slickers all duded up in cowboy hats and fancy western shirts ready to watch an evening of cowboy entertainment, bucking horses and rodeo queens. From its roots as a working ranch competition, the modern rodeo has language and traditions all its own. It’s a place of flank men and bullfighters. The men and women pole bend, team rope and hope to cover a bucking horse or bull. They focus on keeping your spoke and staying out of the pocket. The world beyond the grandstands is alive with cowboy characters and a unique mix of gadgetry, customs and practices.

Being a Chute Boss, also known as being a Flank Man, is contractor specific, meaning the bosses travel and work with just one company of rodeo stock. The flank strap acts as an irritant — like having your belt on just a little too tight. Every time a horse or bull kicks, the strap loosens around the girth muscles and gives the sensation that they can kick the belt off which keeps the animal bucking throughout the ride.

“There is an art to being a flank man.  The animals are all different and you have to know the stock. If the strap isn’t right, they don’t buck, and everybody wants to see a bucking horse.”

Back in the Saddle

Kevin Hok rode his first bull in 1968. Two years ago, he wrecked his El Dorado doing Mach 10. He broke his neck in three places, but that hasn’t slowed him down much. Kevin’s back on the circuit riding saddle broncs — his idea of a kinder, gentler version of bull riding.

“Luck is something you work for real hard. You have to have the ability before you have the luck.”

Stormy Fink competes in a slew of events doing everything from roping to tying to her favorite competition, barrel racing. She keeps adding to her event roster knowing that she doesn’t want to “sit around” during a rodeo. Lime green is her lucky color and she keeps an assortment of the hue on hand — even the guards on her horse, Sandy, and her calf rope are green.

“I keep my rope in a rope bag to stay round. Some people powder their rope. The way I rope, I have a problem of losing my spoke, so baby powder makes it too slick.”

Jack Mayn is the sheriff of Beaverhead County. He quit riding bulls when he was 20 and started up again just this year at 54. He has yet to cover a bull (meaning to make the whistle for the ride) but is working toward that on the circuit. 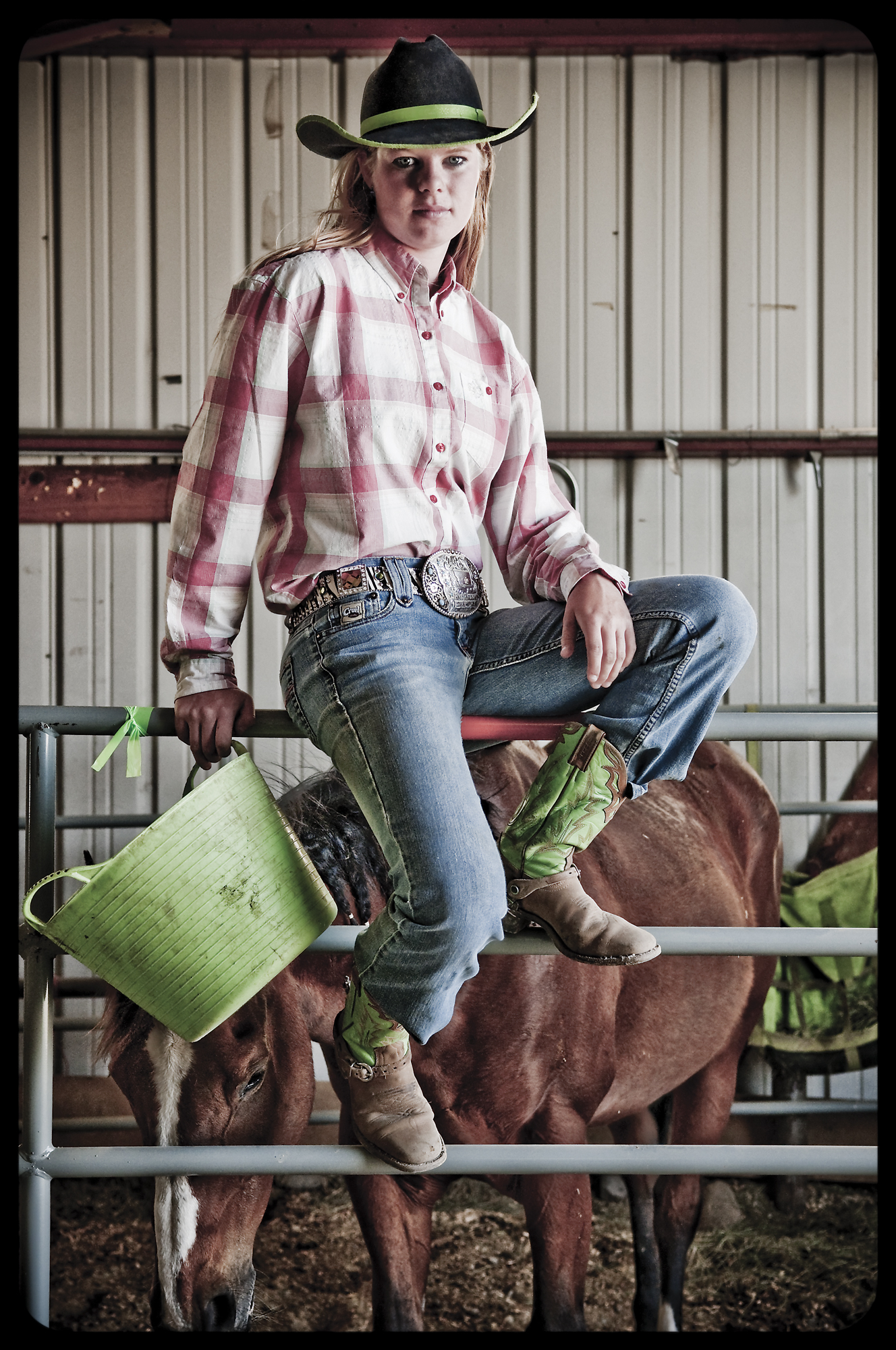 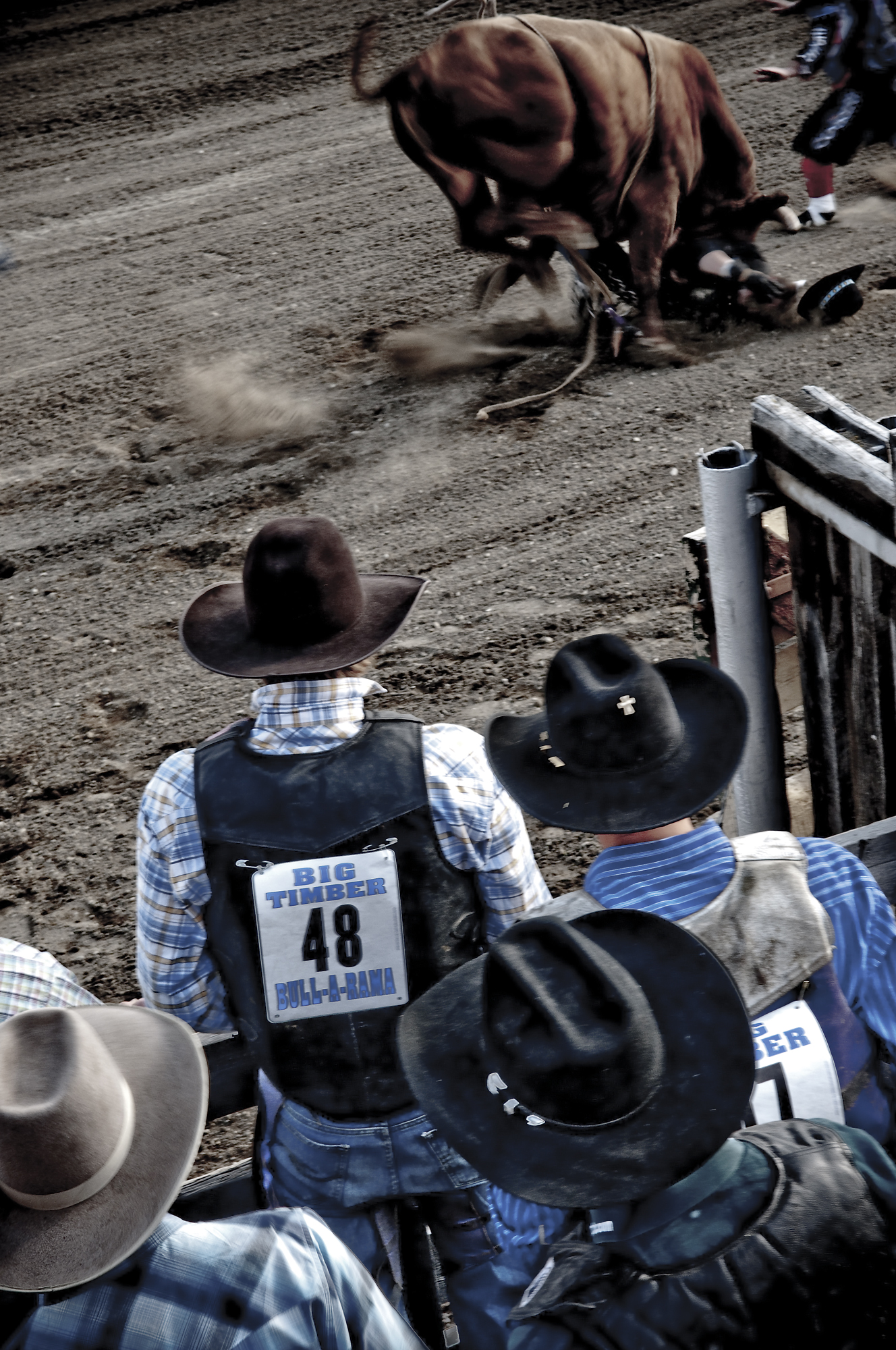