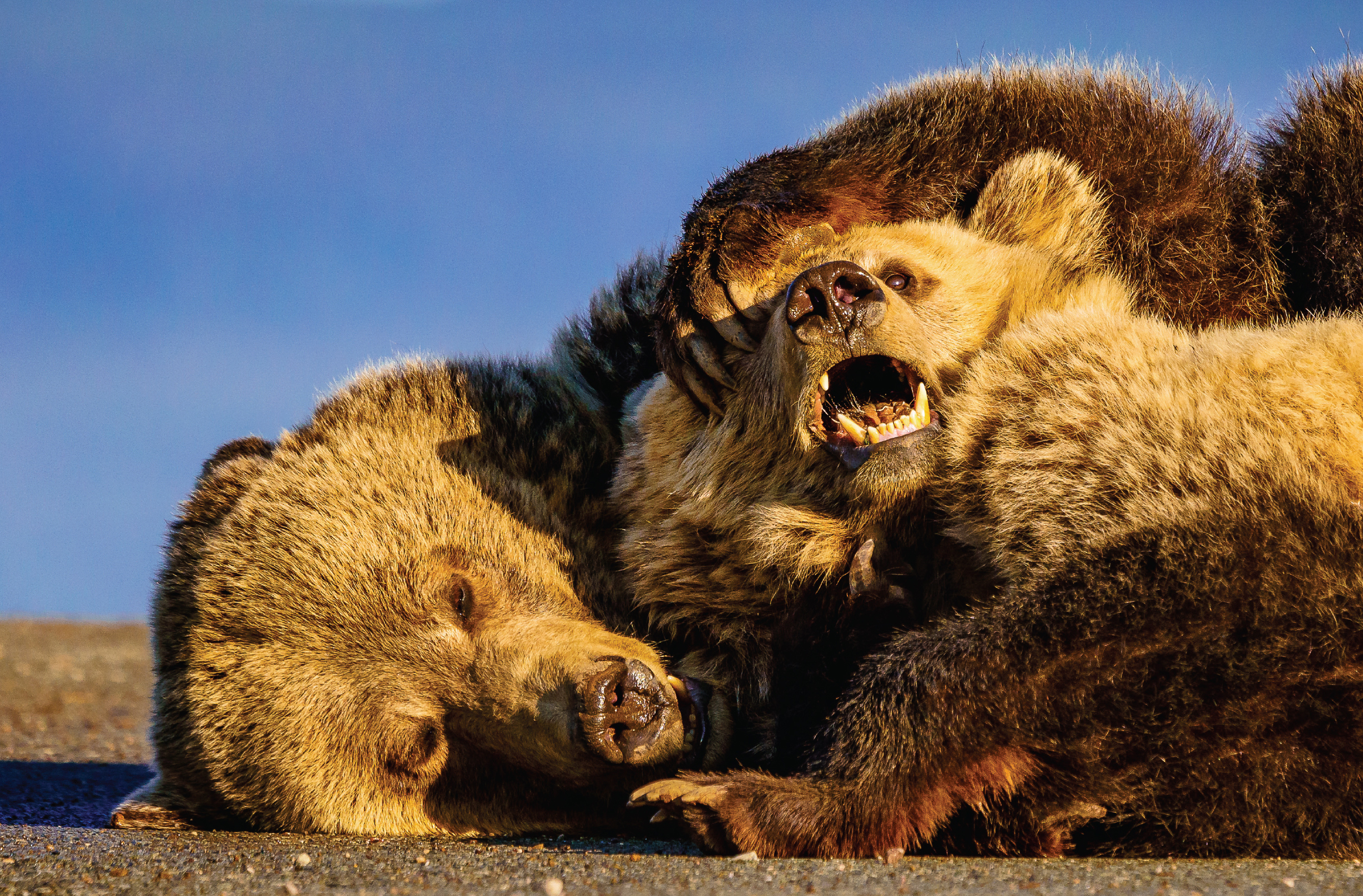 A sow grizzly bear and her 3-year-old cub play atop Lake Butte with Yellowstone Lake in the background.

in Images of the West, Feature Stories, Fall 2019 Written and photographed by: Dave M. Shumway Posted at 20:52h 0 Comments
Share

BIG SKY COUNTRY IS ALSO BIG BEAR COUNTRY. Most estimates suggest that Montana has between 13,000 and 17,000 black bears (Ursus americanus) and roughly 800 grizzly bears (Ursus arctos ssp.). Most of the grizzlies in the contiguous U.S. live in and around Glacier and Yellowstone national parks, which means nearly two-thirds of those remaining in the lower 48 live in Montana (800 of the estimated 1,200 still in the wild). Despite Montana being one of only five states that have both black and grizzly bear populations, sightings are still quite rare.

For many, a bear sighting is a once-in-a-lifetime experience that turns into a memory they will long share with friends and family. Even a few moments of watching these incredible creatures can be magical. Perhaps it’s magical because bears have a way about them that may remind us of ourselves. They socialize, play, court, and care for their offspring for multiple years.

I’ve always felt that photographs of bears connect the viewer to the animal in a powerful way. After living in Montana for 15 years, and with hundreds of trips to Yellowstone and Glacier under my belt, I have had the privilege of spending 267 days with wild bears.

These are memories that I’ll cherish forever. 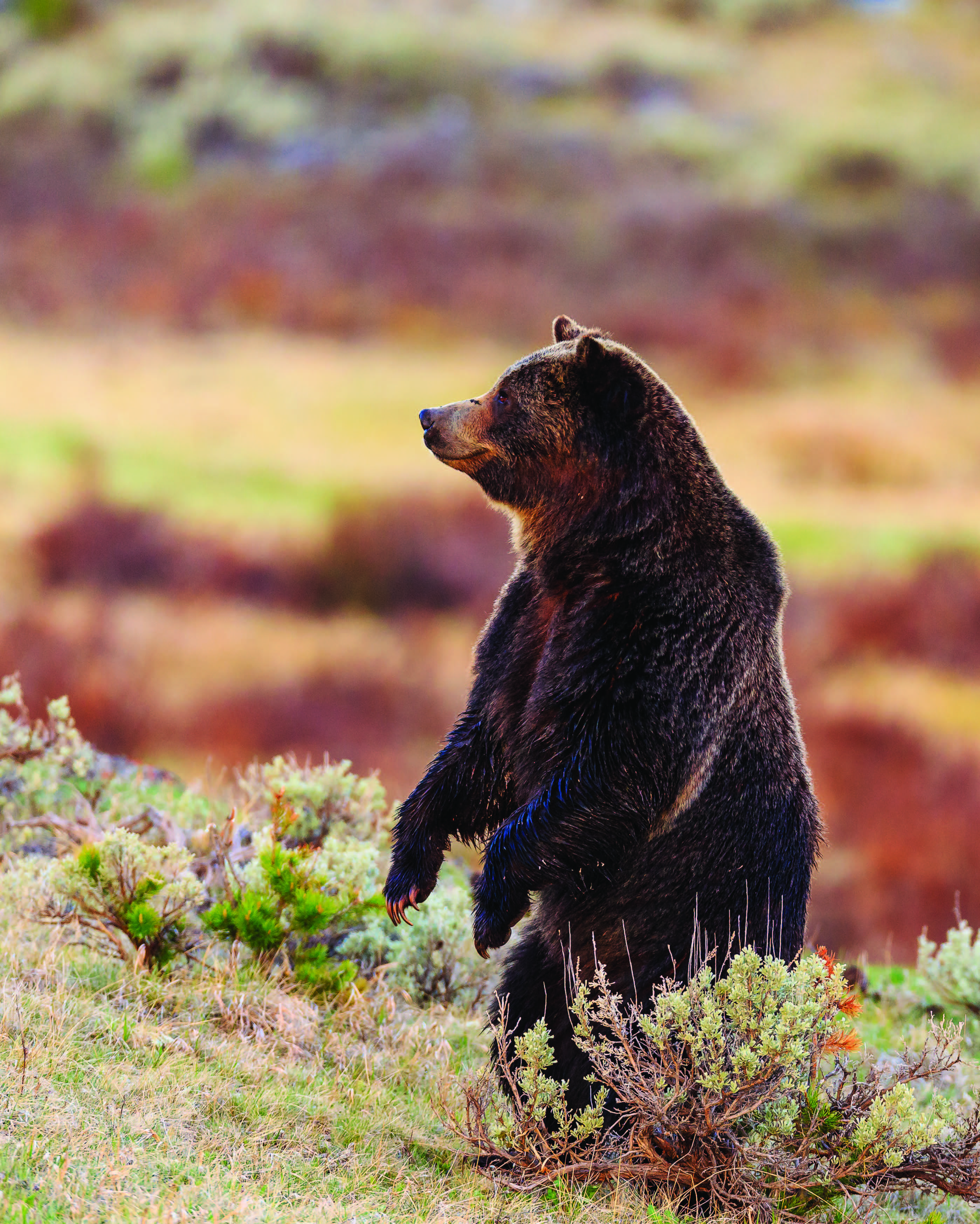 Bears often stand up to get a better view of things. This grizzly bear emerged from winter’s hibernation to find that several bison had fallen through Blacktail Lakes during a particularly cold and snowy winter in Yellowstone National Park. 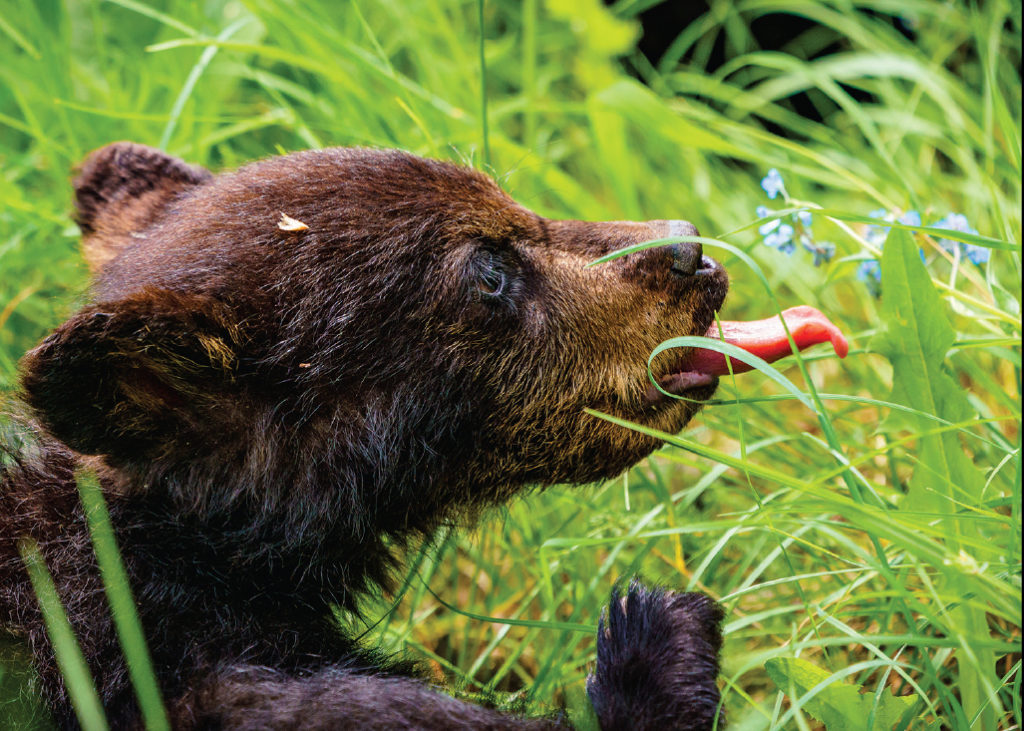 A black bear cub sticks out its newly discovered tongue. 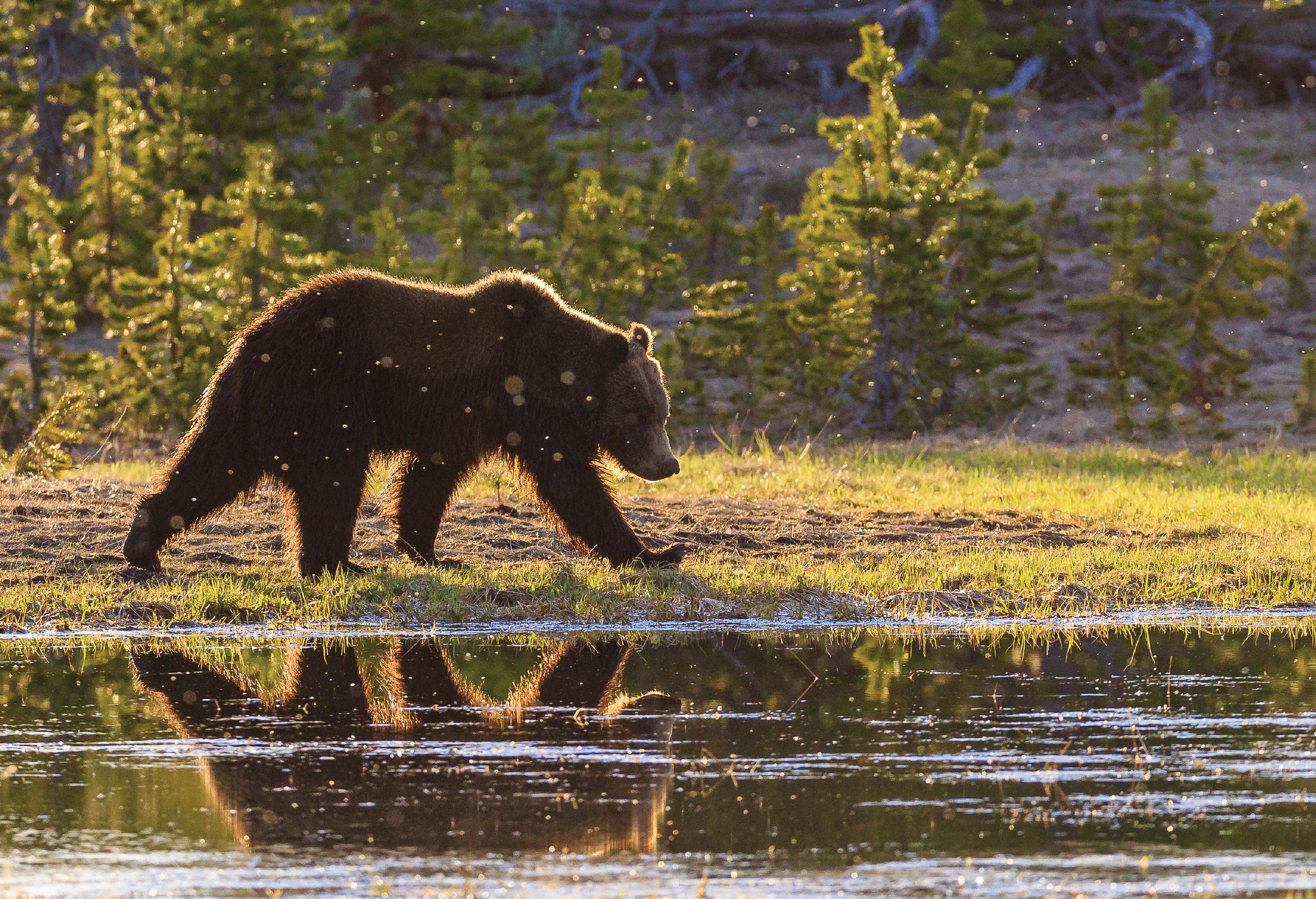 A male grizzly bear walks along a seasonal pond as the mayflies hatch and glow in the sunlight. 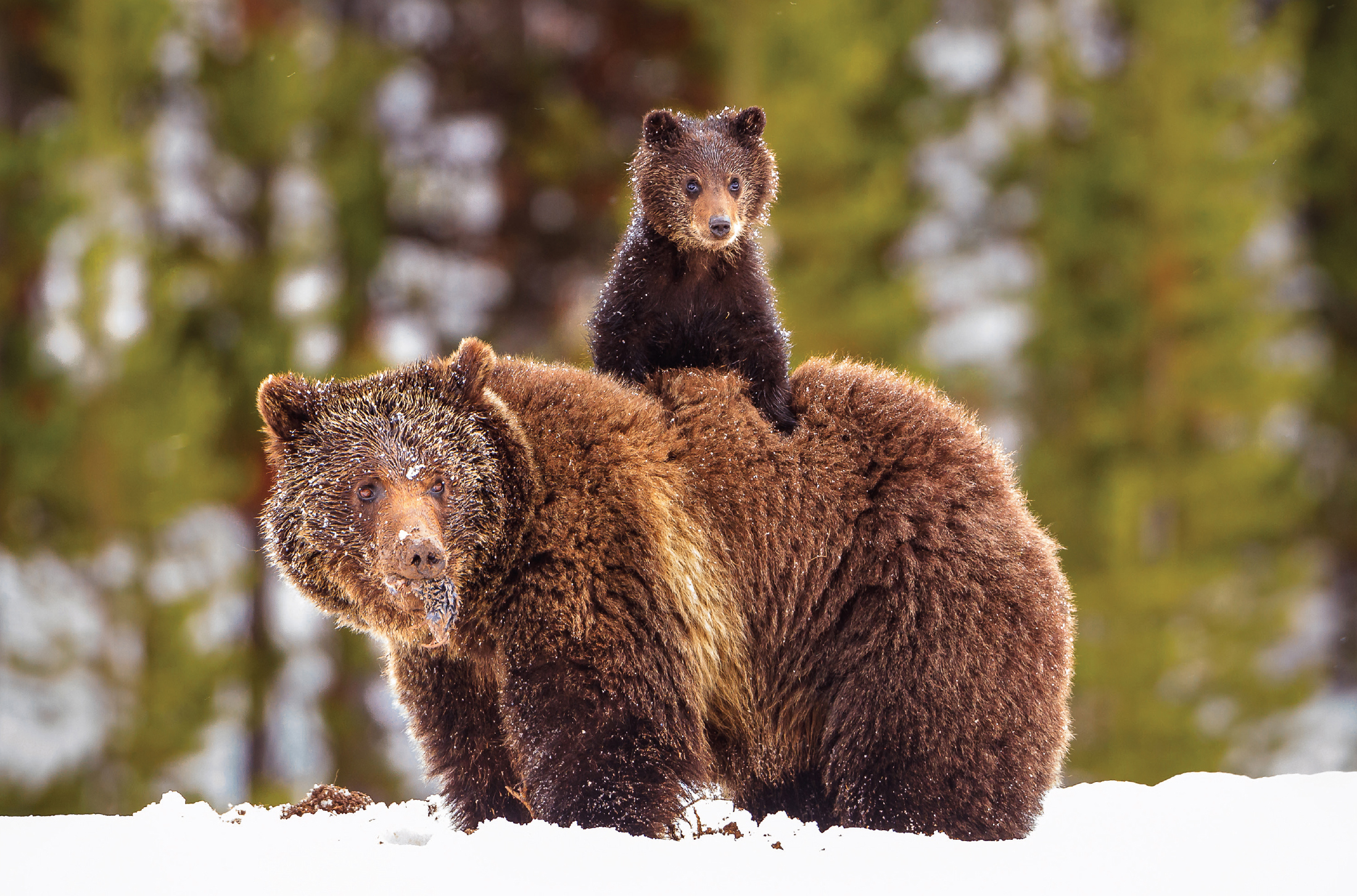 Young bears learn best by seeing their mothers in action. This cub got a front row seat while his mother dug through the snow for voles. 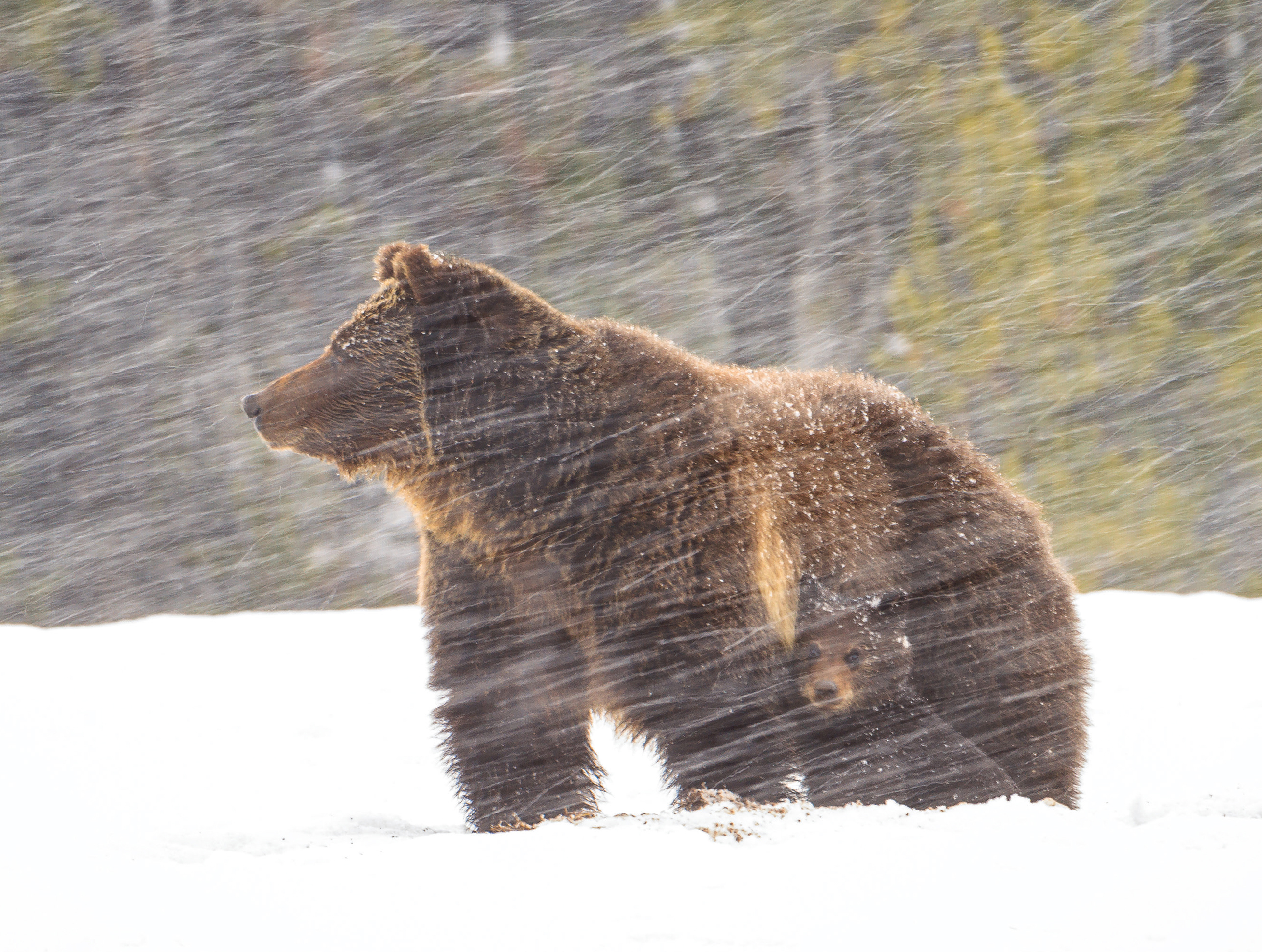 A grizzly bear and her cub wait out a snow storm near Yellowstone Lake. 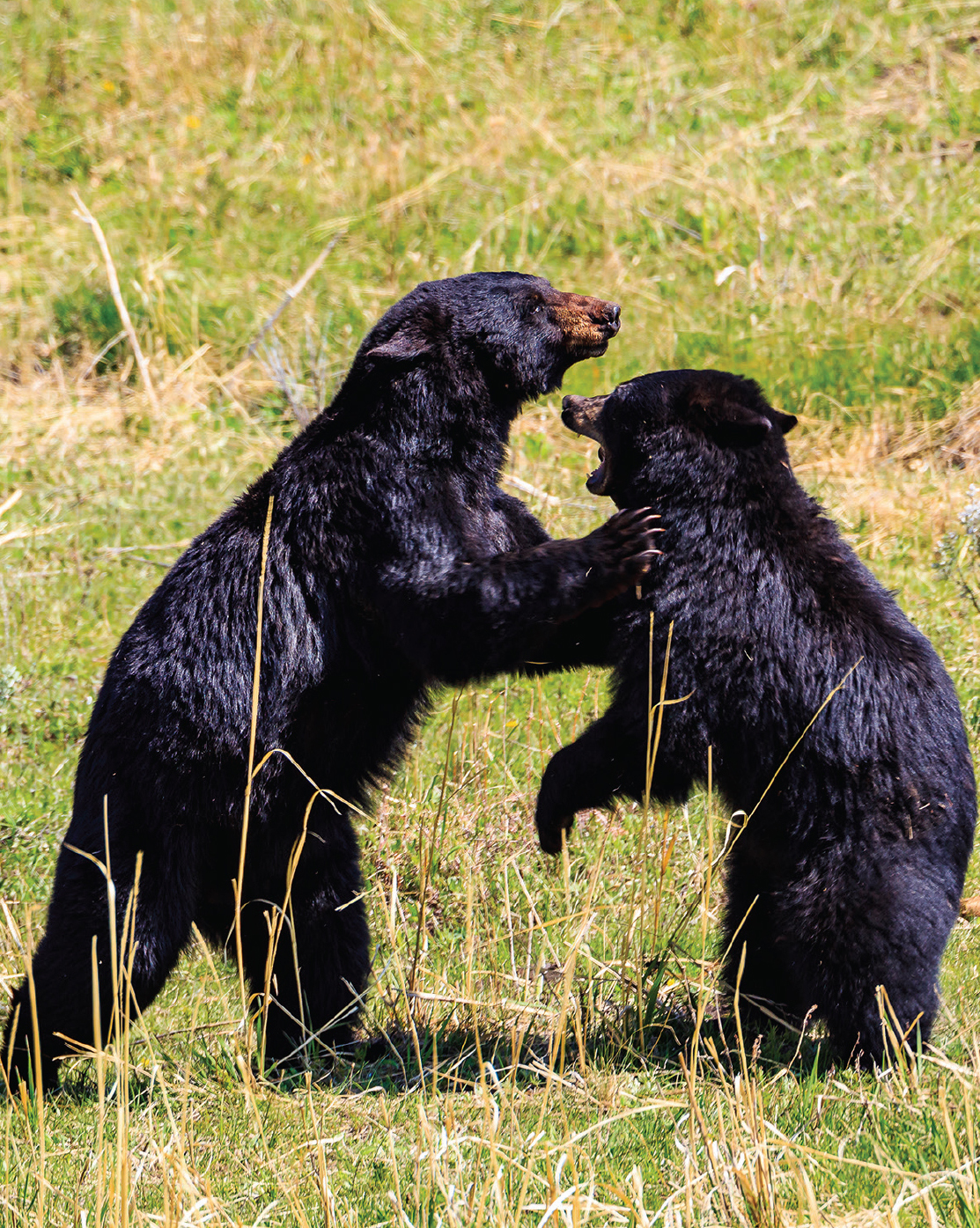 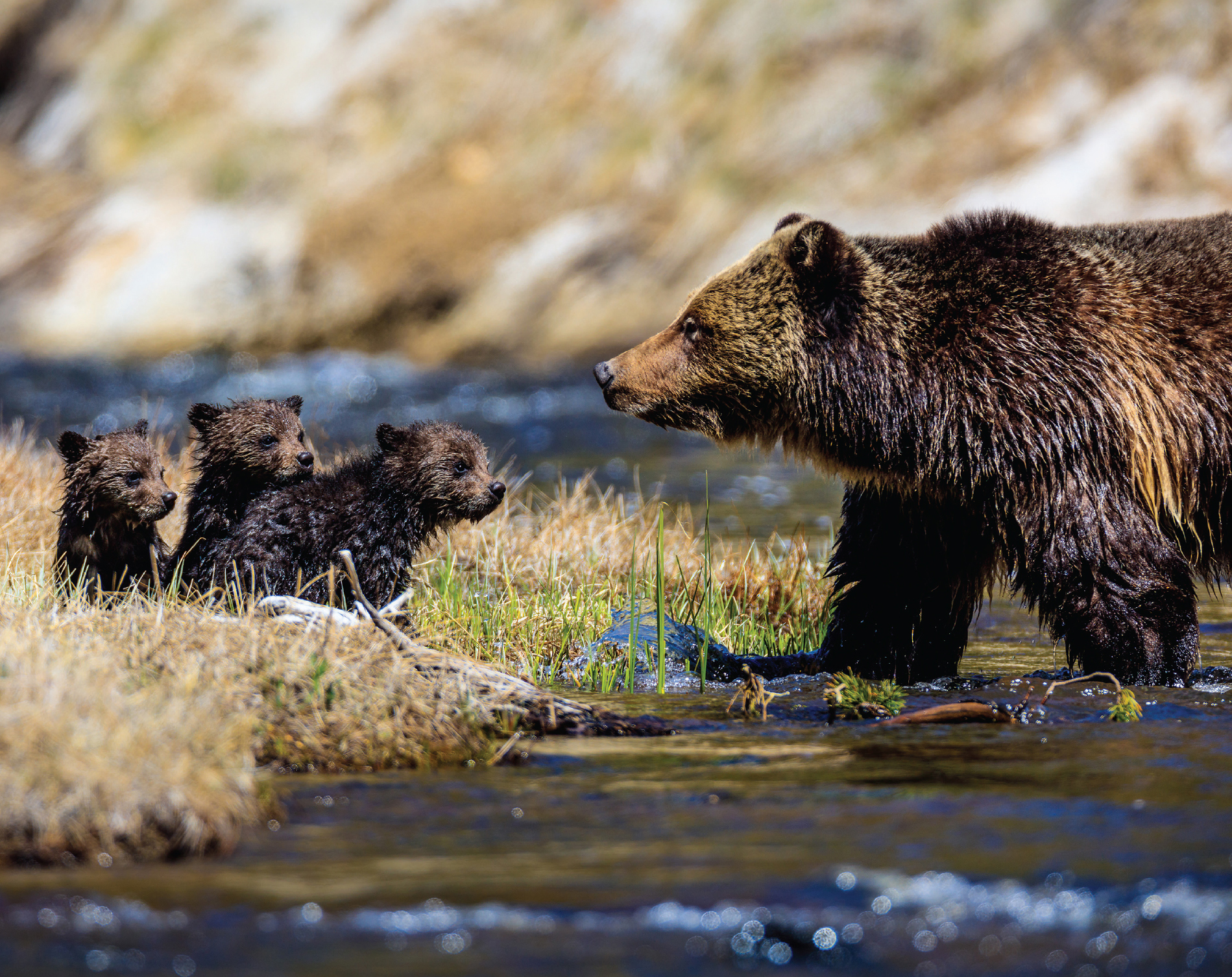 Bears can swim, but for cubs facing the fast flowing Gibbons River, it is a daunting challenge. This grizzly bear mother encourages her three cubs to swim again after one of them was swept away and nearly drowned. 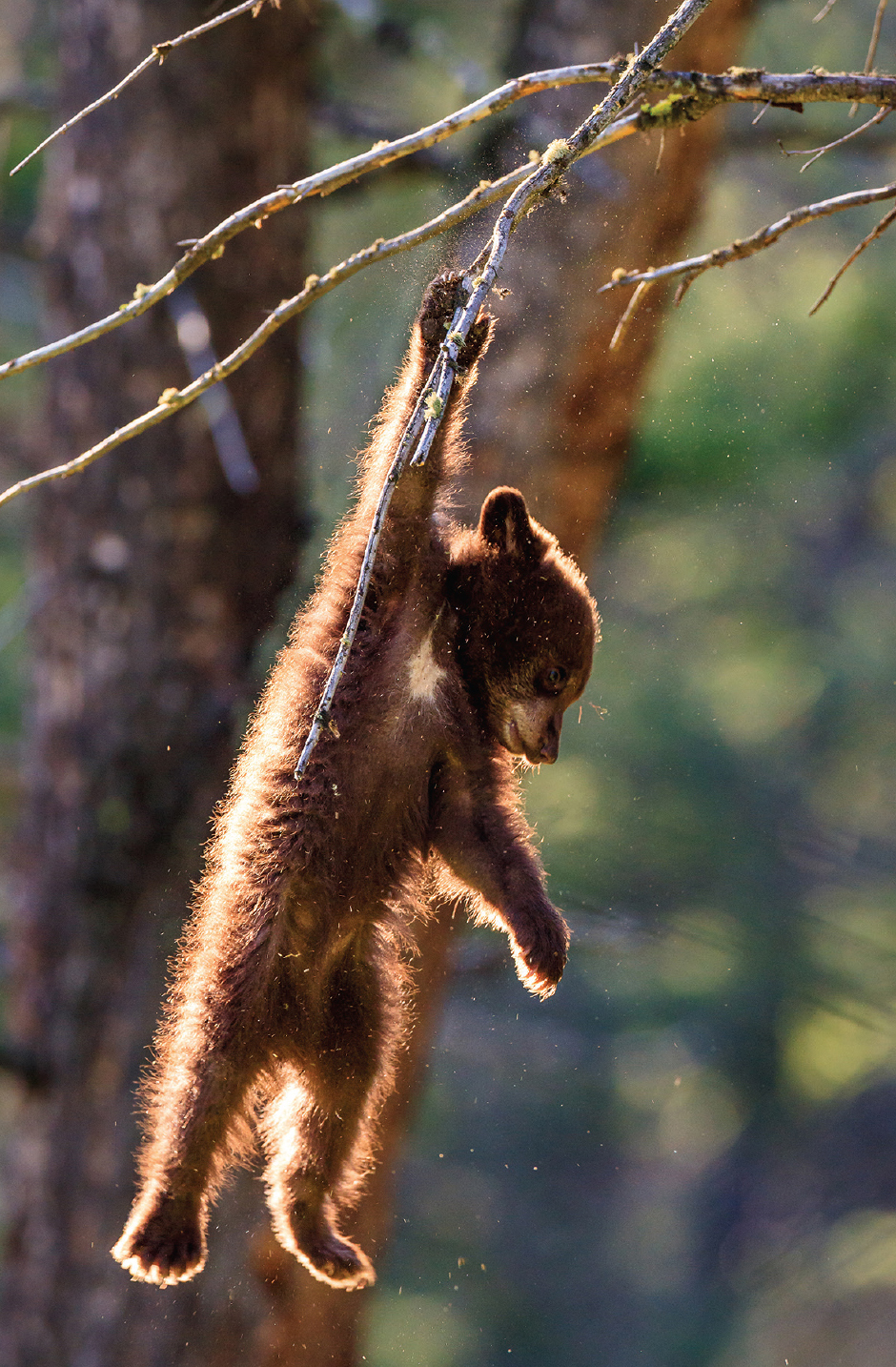 A young cinnamon black bear hangs on to a branch for fear of falling to the ground. A moment later the branch snapped, and he fell. After looking to see if his mother and sibling witnessed his fall, he went about climbing trees again.