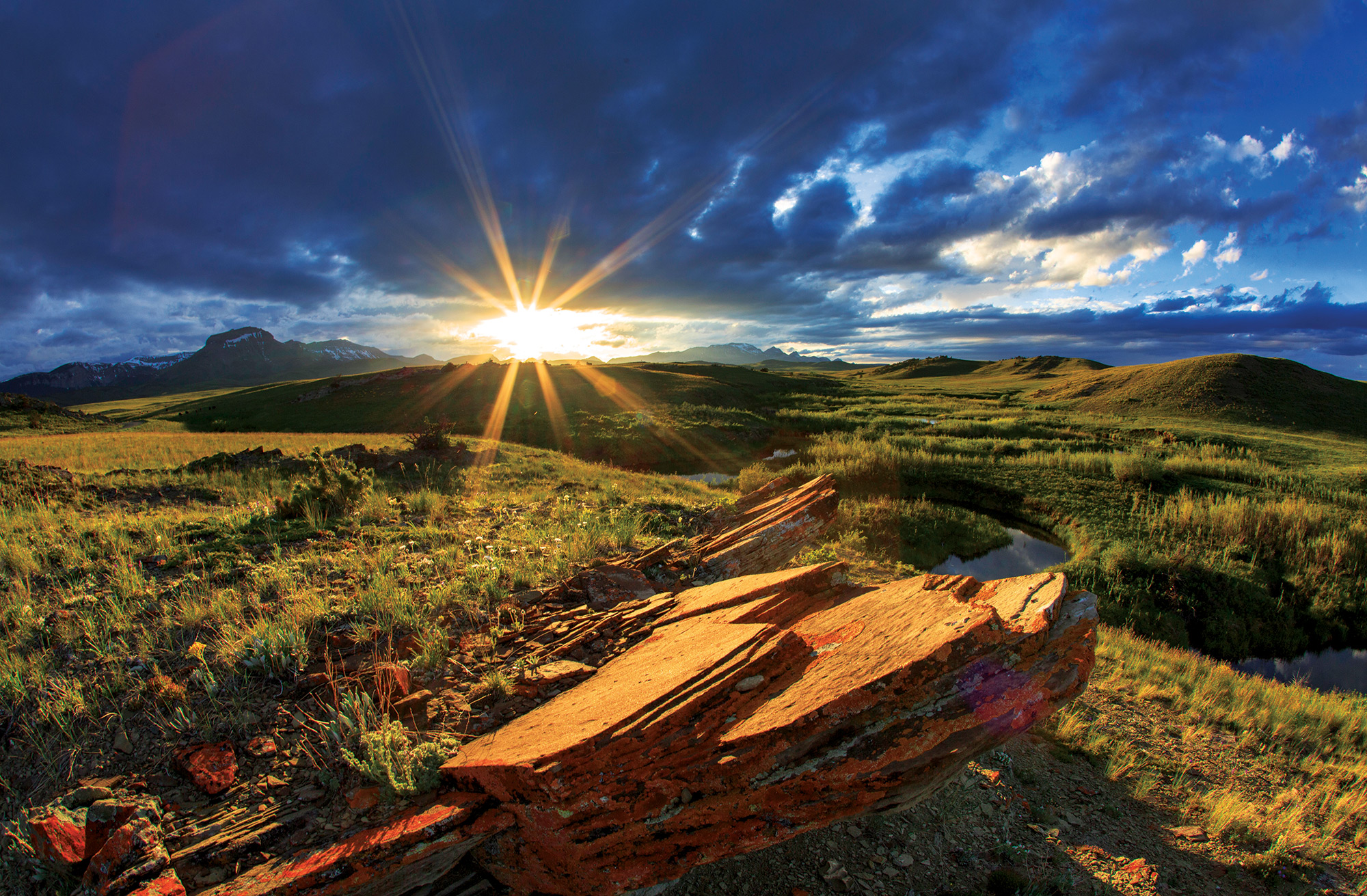 29 Jul Back Forty: In the Two Medicine Badlands Along the Rocky Mountain Front

I have seen and touched,
stood and knelt near a life-sized
sandstone casting of a dinosaur footprint.
Created by natural forces
of deposition and erosion
over millions of years,
the animal, likely Maisaura pleebesorum,
a duck-billed hadrosaur,
thirty foot long, three ton
“Good Mother Lizard,”
so named by famed paleontologist Jack Horner,
who has unearthed, for the first time,
convincing evidence in the fossil record
demonstrating parental caring for the young.

A little south of where the small
farming community of Choteau, Montana,
now sits, and perhaps as much as
75 million years previous to its founding,
it is thought the foraging animal’s
footprint was soon flooded over,
filled with coarse, ruddy-colored,
river channel sandstone.
This singular moment, captured in mud,
held intact, stayed in place
while other geologic materials
piled up on top of it.
And as the overlapping crustal slabs
creating the Rocky Mountains pushed
further and further east, wrinkling and lifting
the earth’s crust in front of it, erosion
eventually removed the overburden,
exposing the footprint and mud in which
it was encased. Once exposed to the elements,
the softer material of the hardened mud
weathered away to the point
where what rested lay exposed
on arid badlands right at my feet:
something gigantically life-sized
(three-toed, one toe broken off, but nearby),
a size 55 quadruple wide maximum stomper
of a foot of a fabulous animal
going about its business
while among the shadows and grasses
at its feet, a nasty little mammal
began its slow inevitable crawl
into the future and this pleasant,
very present moment of my very own.

Oh, I understood the earth that day
standing under me. And I praised it.