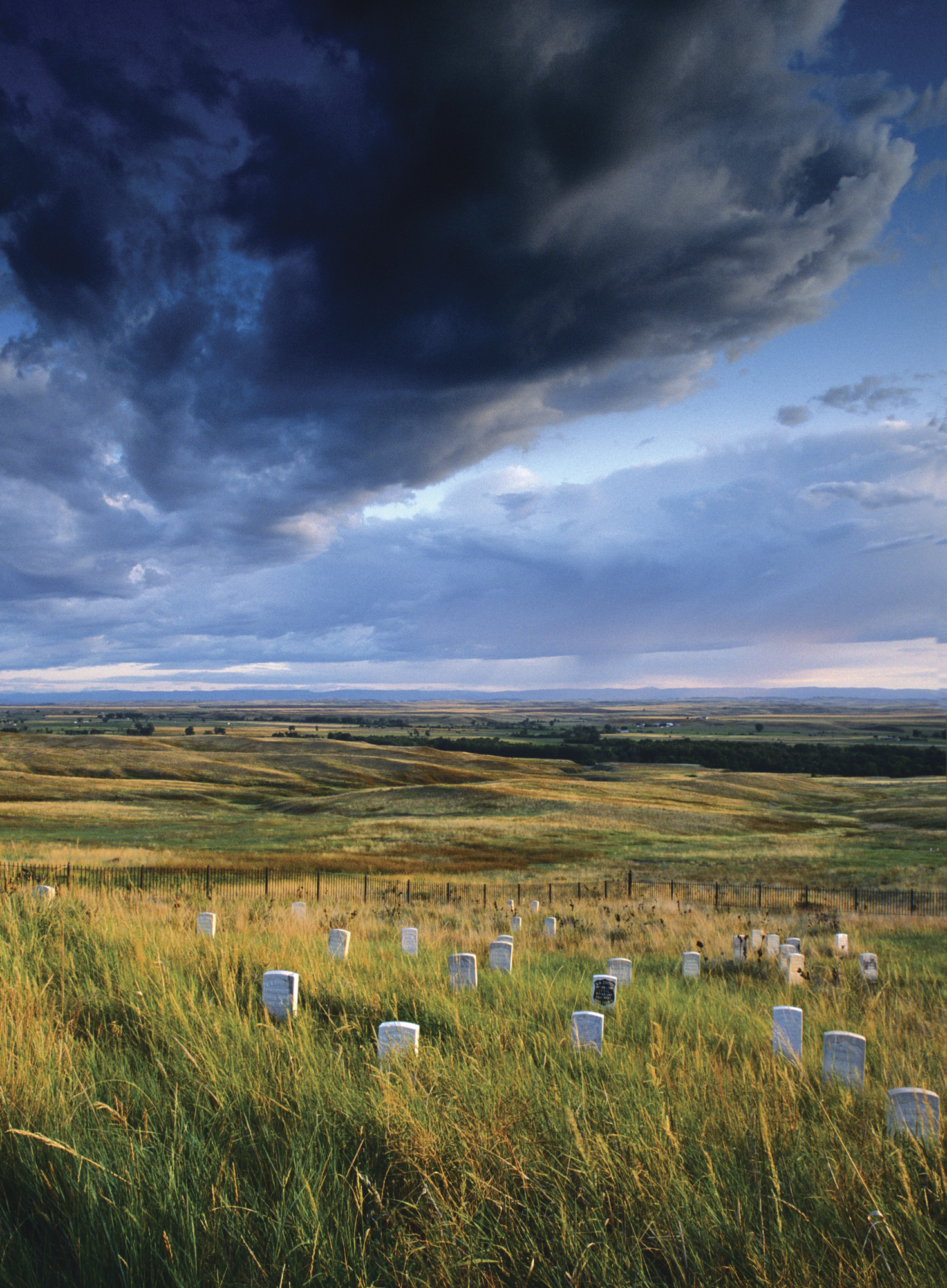 Off Highway 212 and Interstate 90
flags hit by a southwest wind, slap the pole near Last Stand Hill.
The fall sun strikes headstones, standing out in white
isolation, against sere prairie grasses. The Greasy Grass River
wanders, bend by cotton-wooded bend, below the hill
where the men of the Seventh Cavalry met their end.

Cows amble surrounding hills, their hoofs sloughing soil
where spirits of soldiers and native warriors still sigh.
You might think it is the breeze moaning through sagebrush fingers,
or the swish of river water against low-growing crested wheat,
then again, you might not even hear it.

You may be too busy making images, pixel by pixel,
of the monuments, the rolling hills, the man in uniform
showing off a Springfield; your wife with Custer’s marker
on the other side of the iron fence she leans against.

Close your eyes. Let the wind beat against their lids
and maybe you will hear the victory drums of the Cheyenne,
the Sioux, the Arapahoe; feel the fierce flames of the fires
the women built for them; taste the roasted deer;
hear the shots from rifles as they victory dance.

Then in the wind’s last breath you may hear the echoes
of Crazy Horse as he commands, “Hoka Hey.”
It is a good day to die.