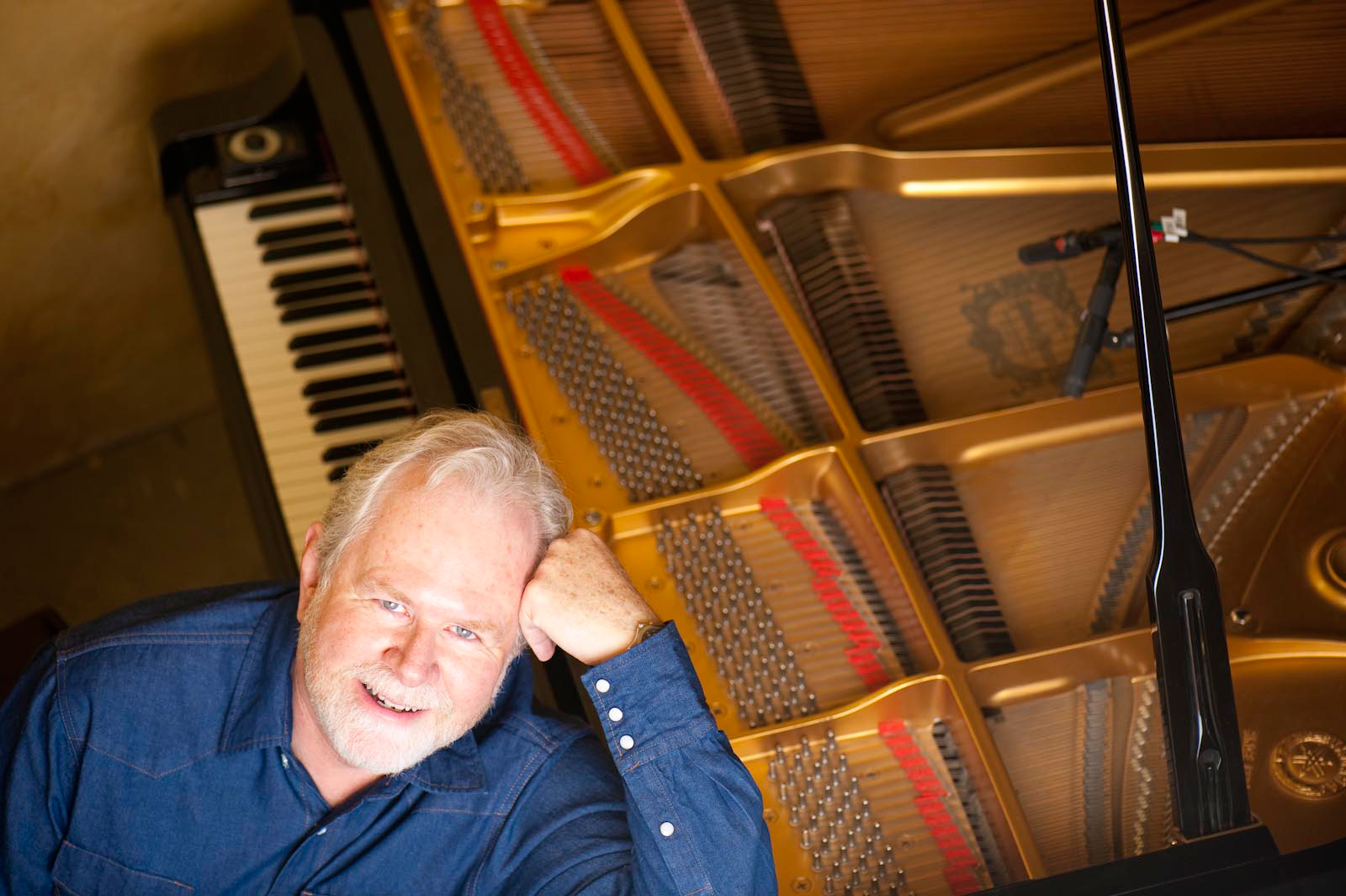 In the town of Chester on what we in Montana call the Hi-Line — that rolling, windswept expanse of open prairie and wheat fields south of the Canadian border — there’s a piano. It sits on the stage of the Chester community hall, which also serves as an arts center and a gathering place for potlucks, benefits and the local quilt guild. Every day, children from town and from the ranches and farms and tiny communities nearby stream into the hall and to the piano — a gleaming, 6-foot Yamaha grand — where they take lessons or practice, for most don’t have a piano at home, not to mention one so fine.

It’s not much of a stretch to suggest that Chester’s beautiful grand piano might serve as the symbol of an equally grand idea: to make the arts accessible to Montana youth, regardless of talent or income, whether they live on the Hi-Line or on Billings’ South End. For it’s in Chester where Philip Aaberg, one of the nation’s most accomplished pianists and composers, hatched the idea for Arts Without Boundaries (AWB), the nonprofit organization that purchased the Yamaha piano for the community’s youth, and donated countless other instruments to kids in Bozeman and Billings.

A third-generation Montanan, Aaberg grew up in Chester playing baseball and basketball, the son of a single mother who was also the town postmaster, the director of the church choir, and the founder, along with the local doctor’s wife, of the above-mentioned arts center. Aaberg likes to say he was your average Montana kid, but he was also a gifted and passionate musician, traveling to Bozeman and then to Spokane to study with the region’s best teachers. After high school, he left home to attend Harvard on a music scholarship. Over the years, he performed with the Boston Pops and played with The Pointer Sisters, Peter Gabriel, Elvin Bishop and others. Under a contract with Windham Hill Records, he toured the globe performing his own songs. Years later, he formed his own label — Sweetgrass Music — and then he moved home. Today he lives with his wife, Patty, and their son across the street from that community hall in the house in which he grew up — the same house his grandfather moved from an abandoned homestead outside of town. He still composes, prolifically, and he records in a studio attached to his home. He also works hard to make certain the arts have a future in Montana.

“I want children to have the same opportunities I did — to have the chance to learn to play a musical instrument — or to sing, to dance, to paint. But these days it’s tough to get quality arts programming in the schools,” says Aaberg. “Time is tight for teachers and administrators. Funding’s tight. And for artists, it’s challenging too. When you show up at a school to perform, nine out of 10 times the piano is out of tune and missing a few keys. The pay is minimal at best. I want to change that. I also want Montana kids, whether they’re from up here on the Hi-Line or down in Billings, to have the chance to hear world-class musicians perform live. And, if possible, to perform with them.”

With these goals in mind, in 2000, Aaberg and his wife Patty founded Arts Without Boundaries. “We began small. Friends would visit — musicians who might be in town to record at my studio — and we’d perform here in Chester, or in other small towns. We’d work with the kids at their level and the week would culminate in a performance for their community — one in which the kids played center stage, with us riffing along beside them. It was always a fantastic experience — for the students and the artists — but for a long time we operated by the seat of our pants. Eventually, though, thanks to the efforts of some really dedicated people who got involved in AWB along the way, the organization took shape. Today, we have a budget, money in the bank, a statewide board, solid programs and plans for the future.”

Aaberg credits Billings native Darrell Tunnicliff, president of AWB’s board, for much of the organization’s growth and development. A retired banker who now serves as a business agent for the Montana landscape painter, Clyde Aspevig, Tunnicliff shares Aaberg’s passion for bringing the arts to Montana’s youth.

“Art and music are essential to a community’s well-being,” Tunnicliff says. “They’re the thread that holds us together and makes us better people. And I believe this is especially true for children — that it’s especially important for children to have access to the arts, that it is crucial to a child’s sense of well-being and confidence. For some of the children we’re talking about — lower income, at-risk kids — an education rich in the arts not only helps to ensure that they’ll do better in school. In some cases, it’s the difference between staying in school and dropping out. It’s been shown over and over again that whether it’s by participating in sports or arts, the kids who are engaged tend to stay in school. It increases self-esteem, they develop a healthy support group, and they gain access to role models. Not everyone’s good at sports, but I think every student can participate in the arts. And unlike sports, they don’t have to have a particular body type to excel. It’s not necessarily even a matter of talent. Phil wasn’t born a gifted pianist. Clyde wasn’t born a gifted painter. They became the artists they are today because someone saw the interest they took in their medium and supported and encouraged them, and because they worked hard, they persevered. But in order for this kind of opportunity to even be possible for most kids, it’s up to the community to step up and to support their access to the arts.”

“There’s so much crammed into the school day,” Tunnicliff goes on. “It’s important to provide access after school. We need to create opportunities for kids and families who may not have the financial capacity to pay for lessons and instruments. AWB does these things.”

Indeed, in addition to bringing internationally recognized artists to Montana to perform free concerts and work with children, AWB offers after-school master’s classes for music students — be they public or private school students or homeschooled — free of charge. The organization also loans high-quality instruments to students and, as in the case of Chester’s grand piano, sometimes donates them to communities. While the bulk of AWB’s programs are currently centered in Billings and Bozeman, they are also offered in rural Montana communities, usually at the request of the schools. Although music has been AWB’s focus, it is beginning to offer programs in the visual arts as well, and the board plans to increase the organization’s offerings to include theater and dance.

AWB’s programs vary from community to community, but one thing remains consistent: the programs are teacher-driven. “We go into a school system or talk to a music teacher and ask what they need, what their students need, and as a result, the programs tend to work very well,” Tunnicliff says.

One of Tunnicliff’s favorite AWB offerings is the Mentoring Program, in which high school music students provide instruction and encouragement to students in the lower grades. The mentors earn scholarships through their participation in the program and the younger students not only gain instruction, but also role models.

Rob Wells, a retired school teacher and, for 10 years, the music supervisor for the Billings Public Schools, also serves on the organization’s board. “I’m involved in AWB because I really believe in it. A lot of kids simply can’t afford to take private or group music lessons. AWB levels the playing field and gives them opportunities they might not otherwise have. Some of our South Side families may not be able to afford to pay $35 a ticket to hear a concert at the Alberta-Bair Theatre. AWB makes it possible for children and their families to hear world-class musicians,” he says. “A lot of people put in a lot of time to help kids,” Wells adds, pointing out that the organization has just one paid staff person, Brooke Weaver, who works out of her home in Bozeman. “The others are volunteers. There’s a lot of passion driving AWB.”

Some of those volunteers include the many artists associated with AWB. Among them are Darol Anger, known for his work with the Turtle Island String Quartet, the David Grisman Quintet and other ensembles; the Ugandan musician and composer, Kinobe; and painter Clyde Aspevig.

Aaberg, Tunnicliff and Wells all talk a lot about the future. “The board is committed to setting up an endowment,” Tunnicliff says. “We can’t raise money one year hoping to offer programs the next. Kids need predictability in their lives. That’s my focus. Before I die, I intend to make certain AWB will grow and evolve and stick around forever. Every community in Montana needs access to the arts. Kids in Broadus and Libby and everywhere in between. I think we’ll be successful then — once every school has a program, once every elementary, middle school, and high school student has a chance to learn an instrument or become a visual artist. Rather than go home and play video games, or go home to an empty house, I want kids to have this opportunity. Thank God there are people like Aaberg around. He understands what music does for kids, how it helps them academically, socially, with self-discipline and confidence. Aaberg picked up the ball and started this thing and Montana’s all the better for it.”

It is especially clear that AWB’s mission is close to Aaberg’s heart when he talks about the children he has worked with over the years. “They amaze me with their enthusiasm, their sincere interest. And I really believe the experiences we provide them are long-lasting,” Aaberg says. “I was driving home from Billings one day,” he recalls, “and I stopped at a restaurant to get some food. This tall, young man — he must have been 6-foot-3 — approached me. ‘Hey, you’re Phil Aaberg,’ he said. ‘I played on stage with you at the Babcock Theater in Billings. It was one of the best moments of my life.’ The boy didn’t go on in life to become a musician, but that night at the Babcock, that experience stuck with him for a long time. I have to believe that’s a good thing.”

Editor’s Note: ABW will offer expanded programming in Billings and Bozeman area schools in the fall and spring of 2012-13; visit artswithoutboundaries.org. 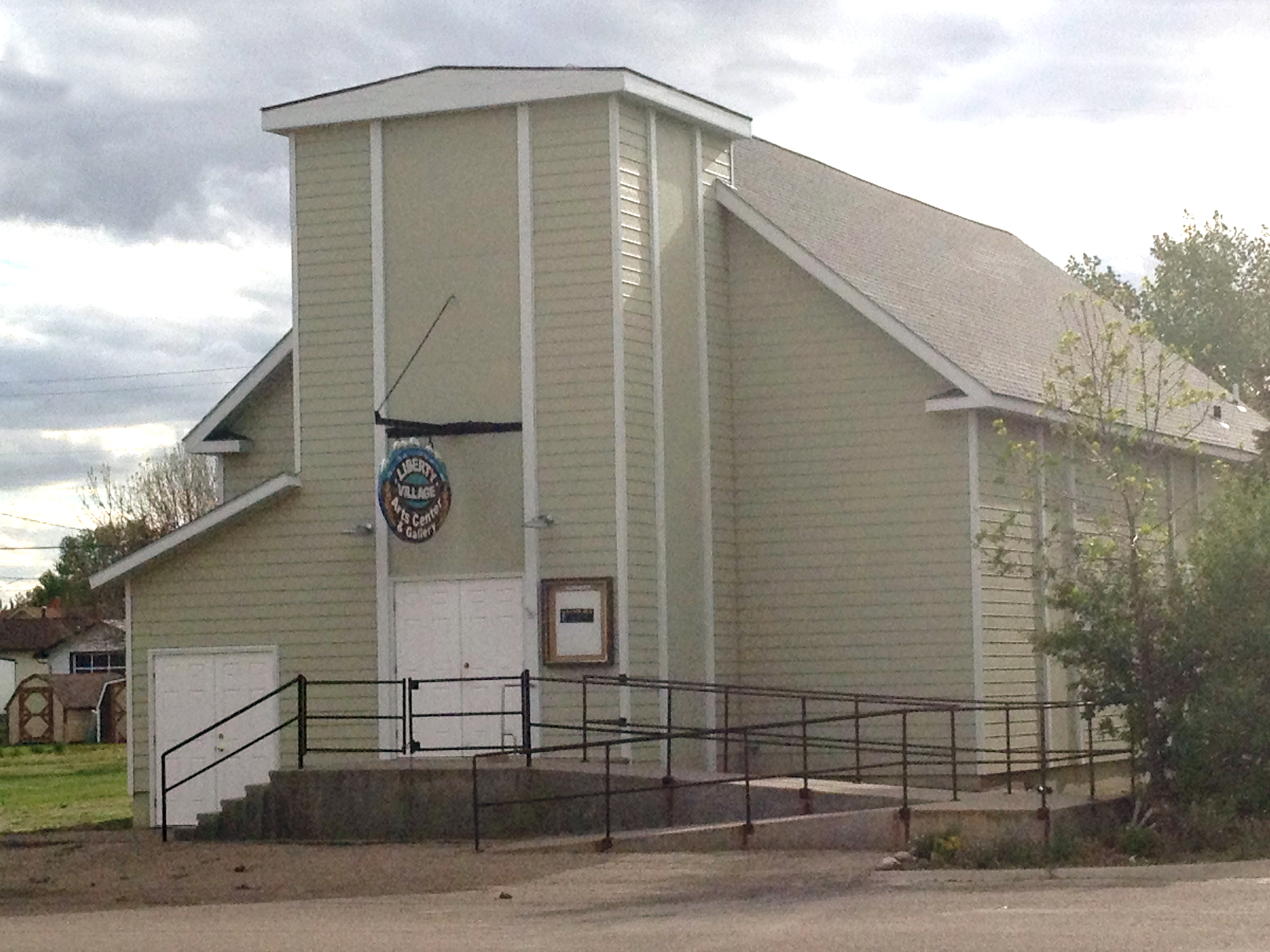 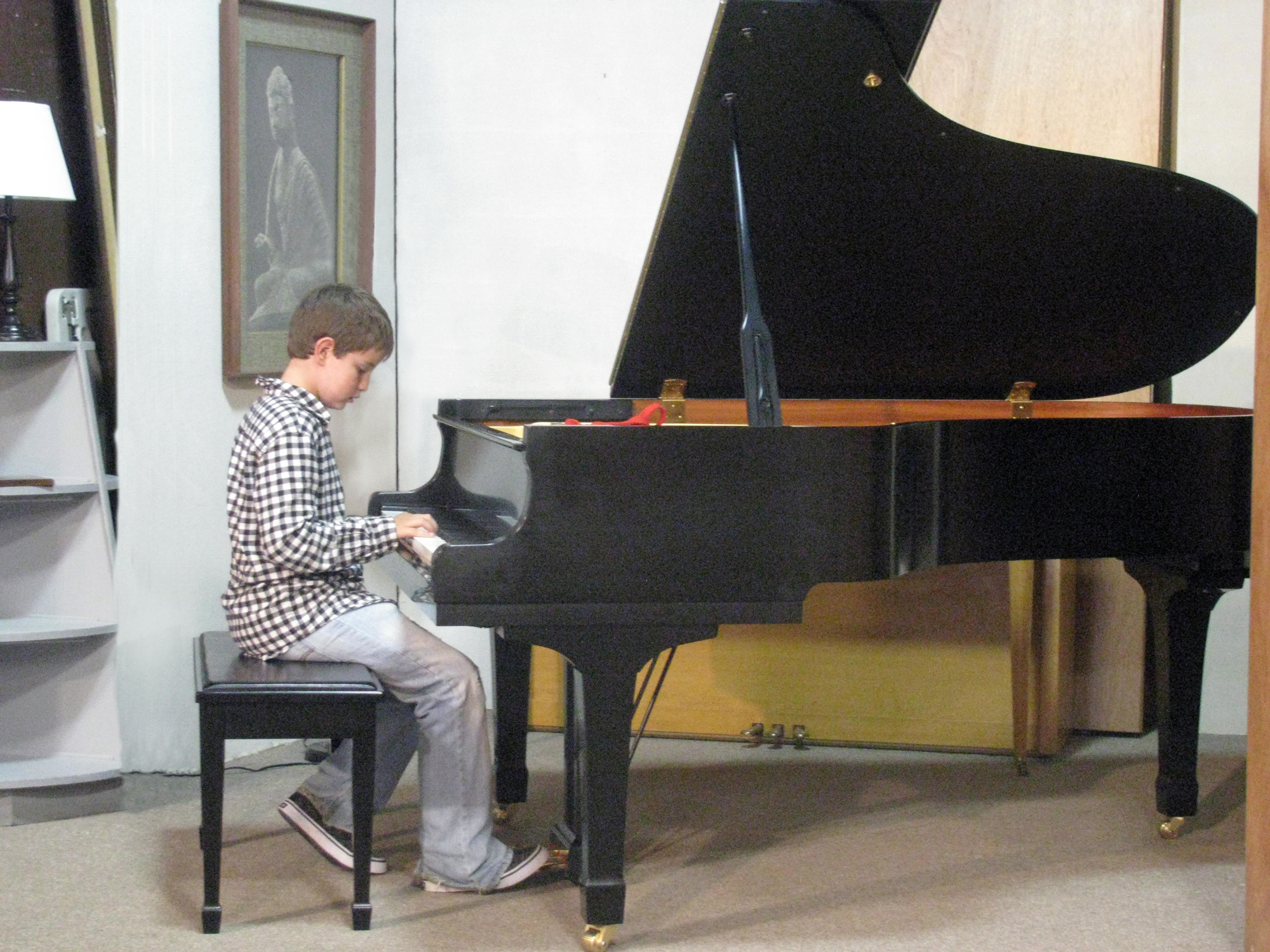 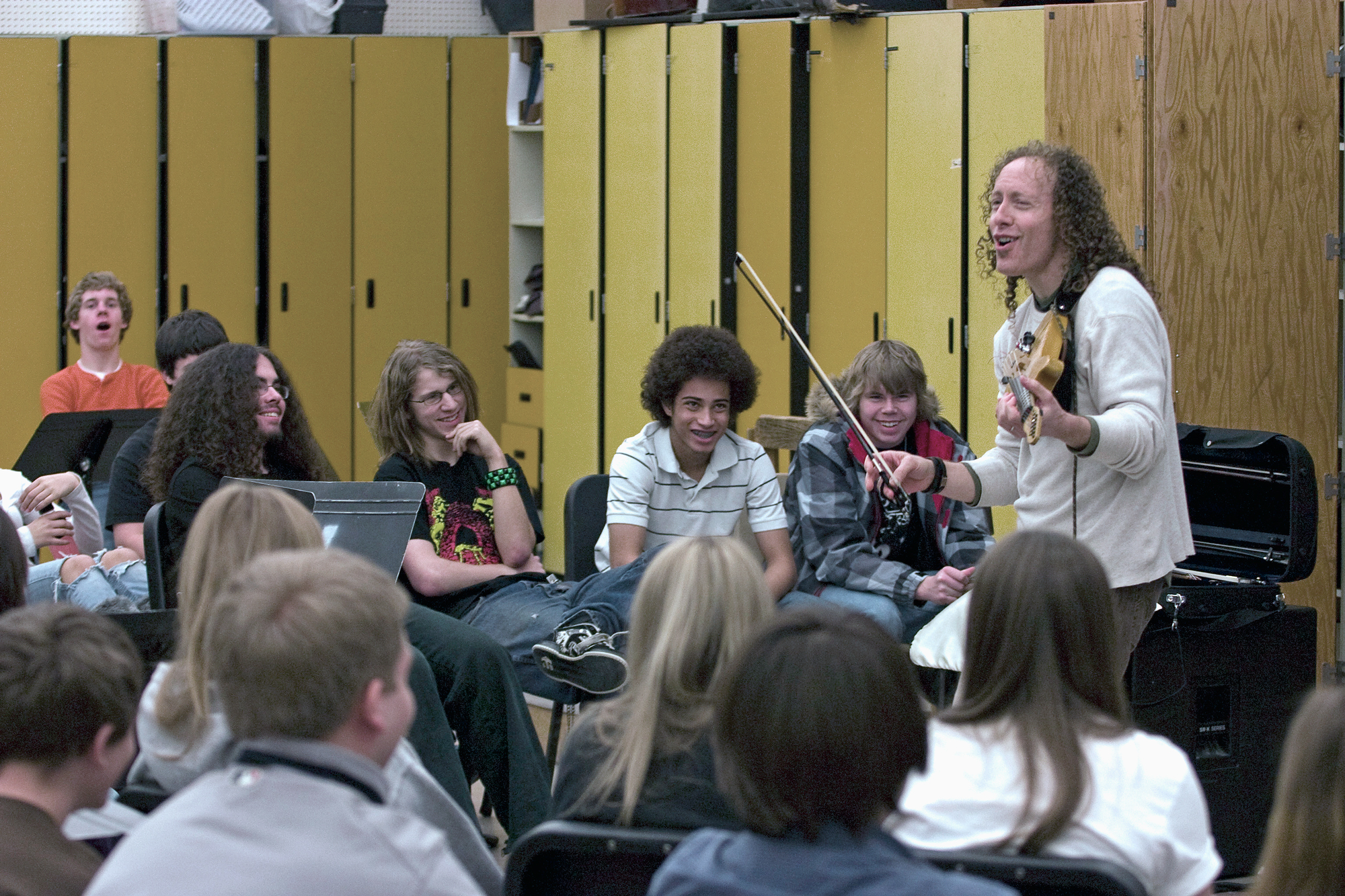