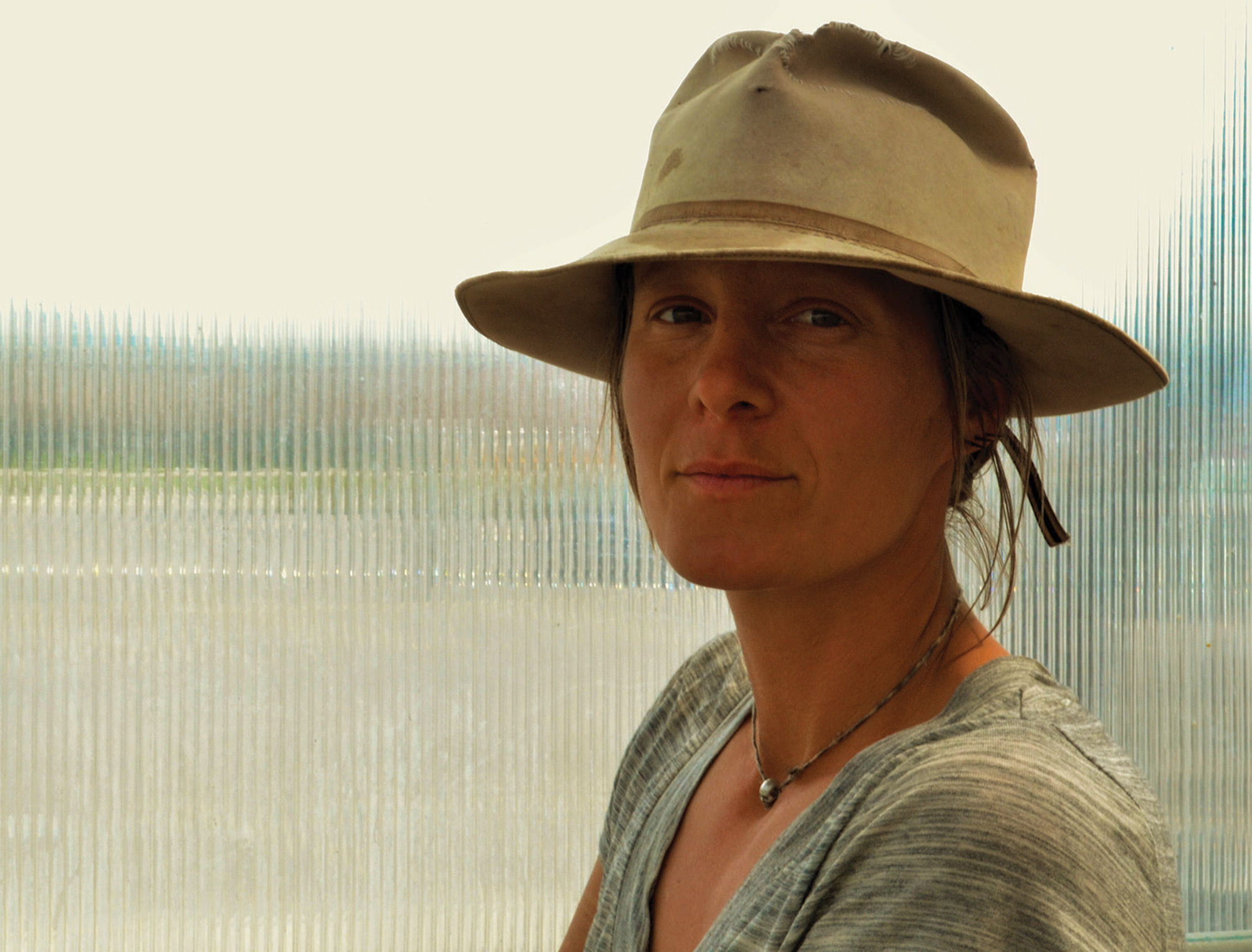 25 Jul Artists of the West: Art and the Environment: Three Voices

Landscape and art share a similar aesthetic, especially in the West where we live with the daily majesties of nature, carved by time, smoothed by weather. There is also a tradition of speaking about the land through art. In southwestern Montana, three artists are engaging with the land, each bringing a different perspective: conjecture, introspection, and reclamation.

Nolan Salix’s relationship to the land remains open and fluid, his work adjusts as public awareness increases. “An awareness of environmental catastrophes isn’t really needed anymore,” he says. “People already know how destructive the extractive industries are. As an artist, I’m interested in taking the next step.”

For the last 10 years, Salix has expressed the tragic beauty of open-pit gold mines, portraying carved out mountains by using gold leaf within the portrait of the mine site. He’s used diesel oil to paint refineries. And more recently, he’s played with the properties of copper plating as his canvas in order to relate the destructive nature of copper mining in British Columbia.

In a piece called Carbon Aurora Salix creates a smokestack version of the northern lights on recycled copper plating. His colors, created from patinas, balance on the edge of the sublime — poignant and stunning. His work reminds us of the permanence of destruction, how impossible it is to glue a mountain back together.

Most recently, moving away from art as an object-based commodity, Salix is experimenting with large installation work. He’s inspired by land artists from the 1970s, like Robert Smithson with his Spiral Jetty and Nancy Holt’s Sun Tunnels. Set up in the outdoor portion of his studio, a long, partially-built sculpture lies on the ground. When upright, Nyx, named for the goddess of night, will stand 15 feet tall and be a habitat for bats. The sculpture, the head of the goddess with her mouth open to accept the bats, will be painted in bronze patina.

Another project Salix is working on speaks to the problem of relocating beavers. He wants to build a “suburban home” near a riparian area where he hopes the beavers will add to the piece by mounding a lodge on top of the “house.” The house, although identical to a typical suburban home, will be beaver-sized.

“I’m trying to incorporate environmental activism into my art,” Salix says. “As humans it’s hard to see the land without human imprints. But what have we devalued through industry and planning? The land. The nonhuman-dominated land.”

Ceramic artist Rachael Marne Jones’ latest piece portrays a personal experience she had with the land. Starting with a word map, she scours dictionaries of ancient terms for precise descriptors of place. The piece in process is a disc with slip-cast replicas of a found glass transformer, interspersed with kiln-melted glass and thin blades of cast porcelain. The words accompanying the sculpture, “friable, febrile earth, mum, crizzle, recondited, ungine,” also act as the title.

“This is a meditation on the intense fear and the awe I felt on a trip to the Cordillera Blanca Mountains in Peru,” Jones says. “The cast pieces represent the glacial field at the base of Yanapaccha. The crevasses I had to cross seemed endless and I kept imagining myself trapped in one, dying with broken limbs, unable to get out.”

Getting through to that experience, embedded in her subconscious, is part of Jones’ process, digging it out with the tools of language, which in turn translates into art.

“I’m trying to find words that will tease out my subconscious understanding of an experience I’ve had in the landscape,” she says. “For example, the word crizzle means the sound of water freezing, which is undetectable to the human ear.”

By using topographical haikus like a map, Jones finds a deeper interpersonal relationship to the land. As she delves further, the viewer also perceives the depths. “By mimicking these cyclical and ephemeral processes, I was able to connect the transitional states of material to transitional states of being human. Using the inherent qualities of glass, ice, and porcelain, my work explores the historical uses as a reference for mankind’s relationship to the material as well as the land itself.”

The finished piece, round and platter-like, will serve as an emotional metaphor for the landscape that Jones experienced firsthand. The jagged edges of broken glass, slip-cast in clay, glazed, and placed deliberately, bring her back to the moment when she stepped across the fissures of ice. Smoothed and melted glass, the color of sky reflected in water, situates the narrative in the landscape. Interspersed within the piece, bone-like fins protrude from the lens.

Jennifer Pulchinski’s barbed wire sculptures speak to the land in yet a different way. She’s reclaiming the very same material used to conquer the West. Without barbed wire, farmers and ranchers could not have so readily domesticated the land. Pulchinski roams to out-of-the-way places and finds rusted, twisted, and discarded barbed wire. She unkinks, rebends, and tames it to create line and curves, intricate knots, and straightened pillars that stand against the horizon.

“The appeal for me is working with the material. When artists find a material that’s a challenge to work with, that’s what keeps them engaged. It’s about how to conquer the material and make it do what I want it to do.”

In her studio, coils of rusty wire rest one on top of another. Wrapped around a found tree stump, battered from the river, a new sculpture is in process. With duct-taped welding gloves and wire cutters, Pulchinski painstakingly works the steel until what was  once bounded along fence lines or buried beneath the soil can be braided into her design.

“I work in five-foot strips or smaller,” she says. “Any longer and it gets dangerous. All my sculptures start with an idea — usually a kind of knot. I think of the knots when I’m out in the field collecting wire. I notice how the wind moves through the grass, and I think, ‘if only we could see the shapes the wind makes,’ so that’s what I try to do.”

There is an elegance and grace to her work that is somehow transformative, embodying an organic form made from the inorganic array of barbed wire. It starts with what was thrown away — the notion of taking down fences — and changes it into a meaningful statement about the West.

Artists who speak about the land and landscape of our lives act as translators for us. But what is our role as viewers? Like Salix, we look for the next step in our own evolution; like Jones, we all have the need to internalize our experiences; and like Pulchinski, we take comfort in bringing order to chaos. The effects of place, of our place, run like a coronary artery through our lives, and it is through art that this landscape can be expressed. 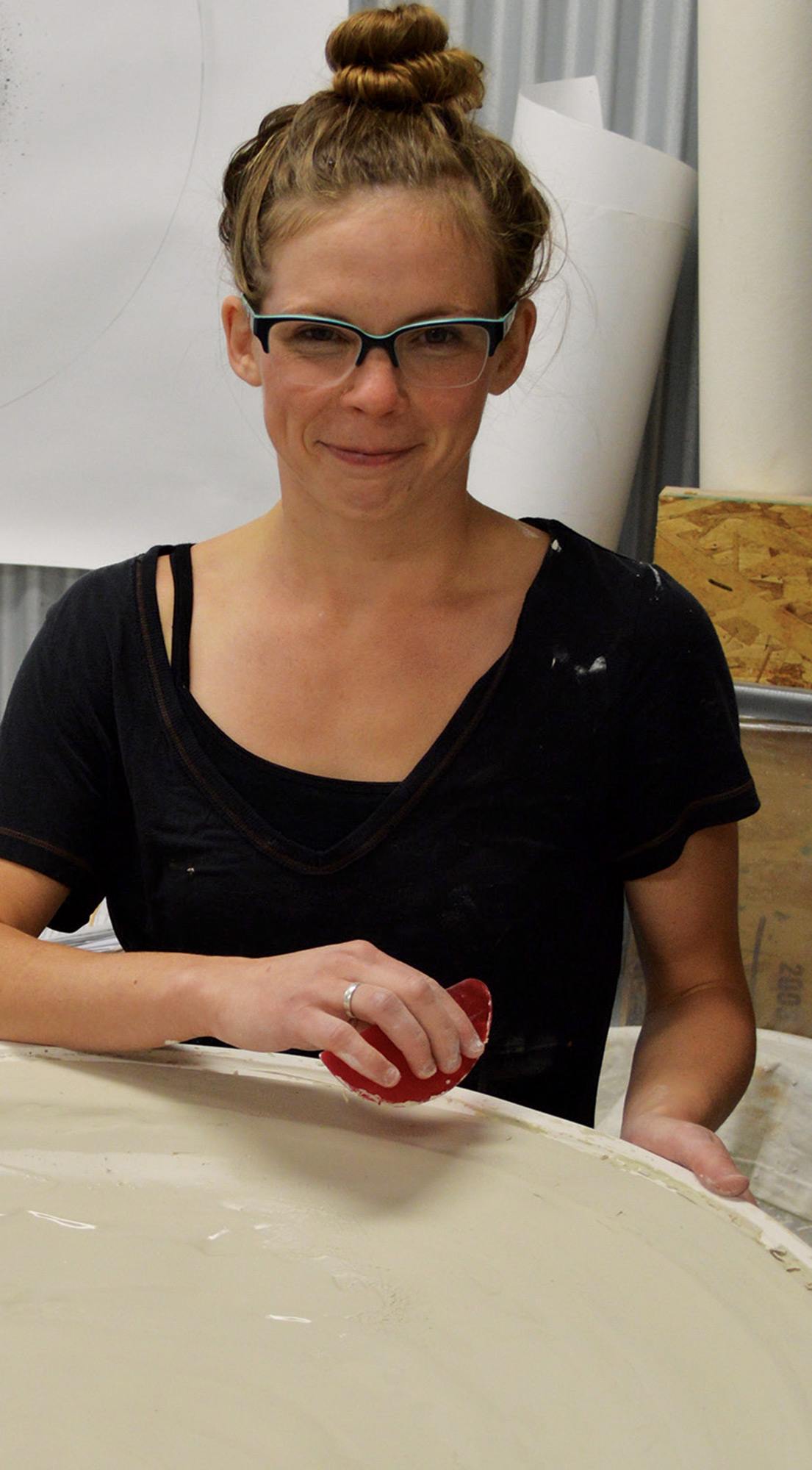 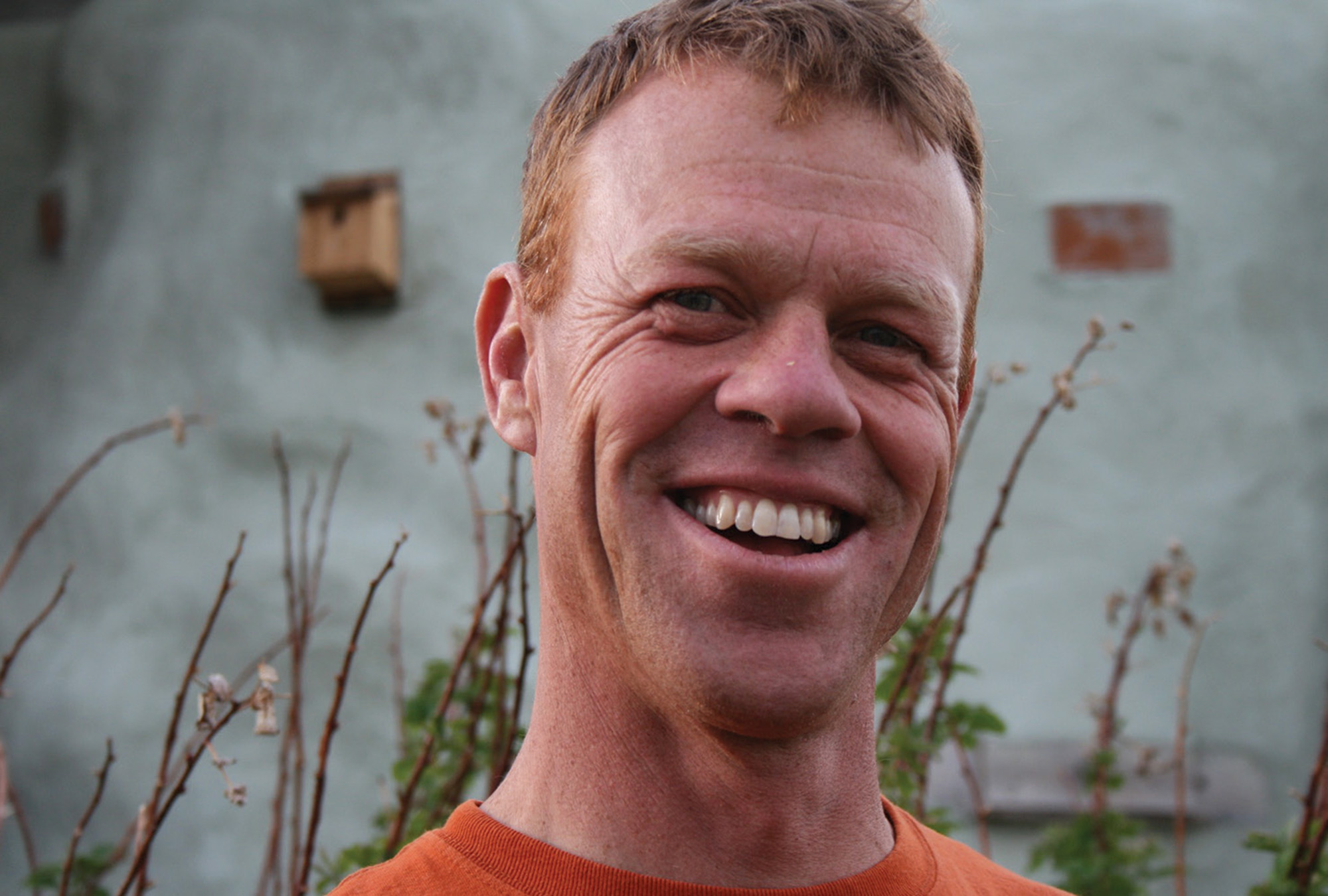 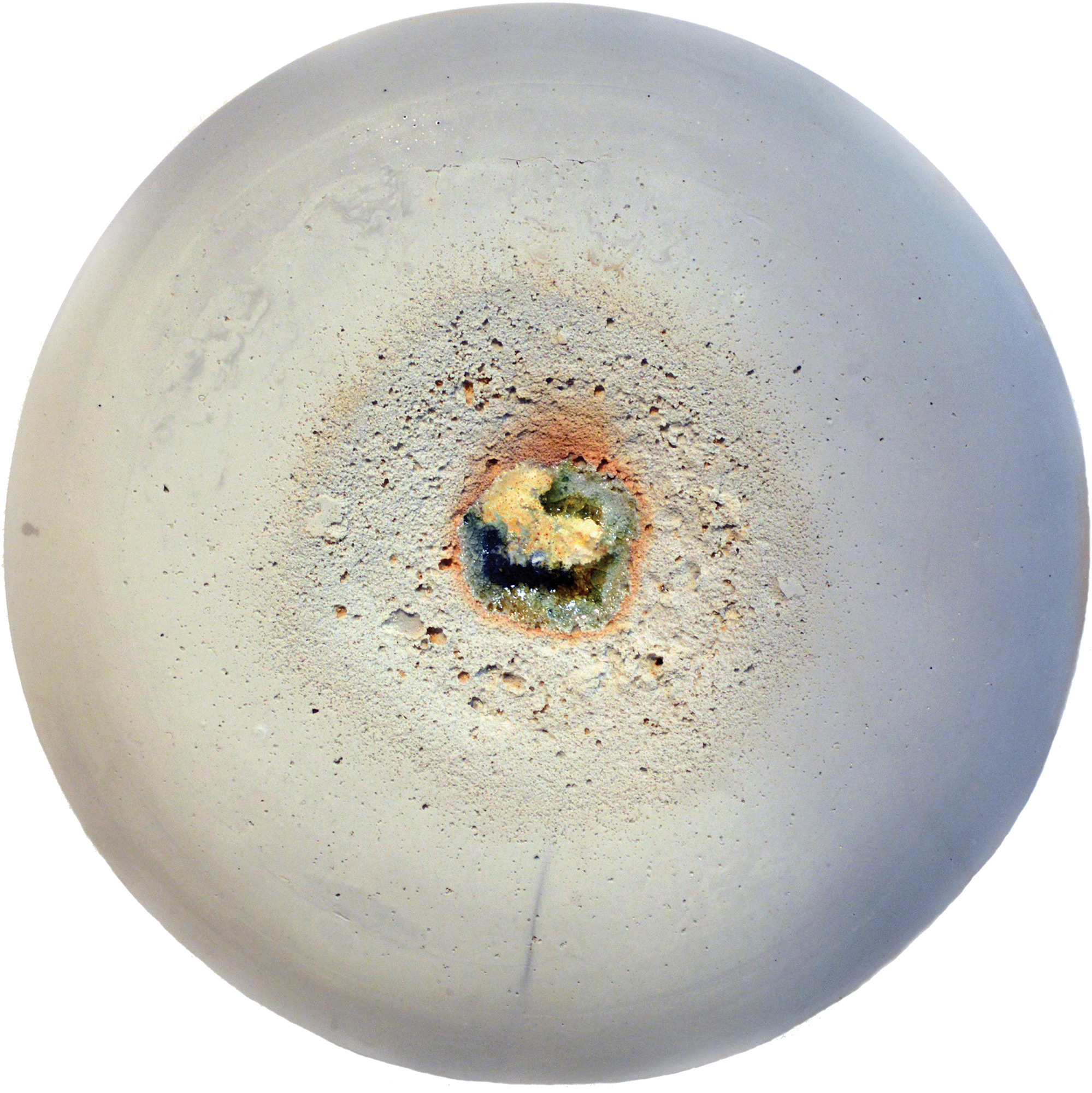 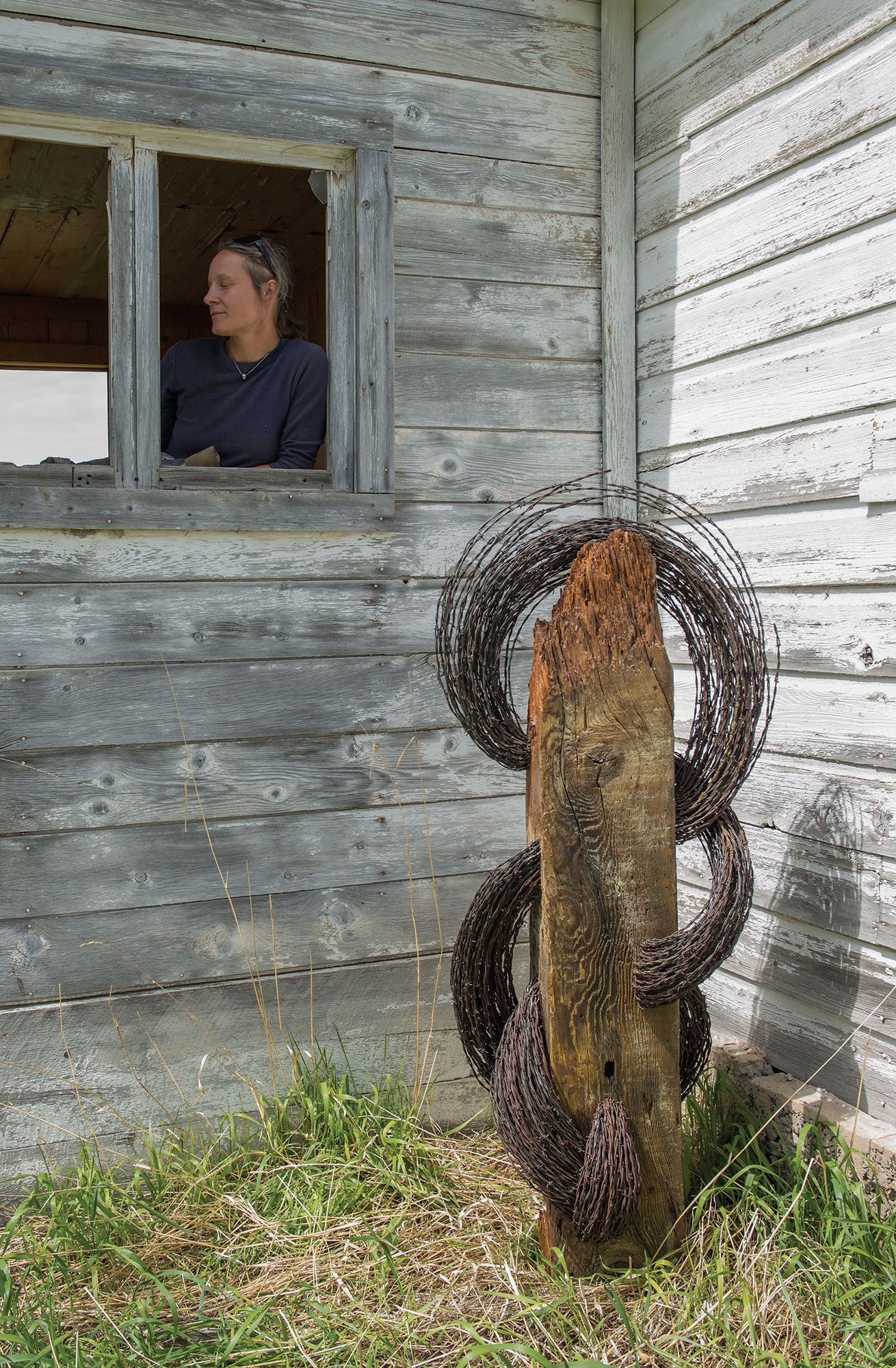 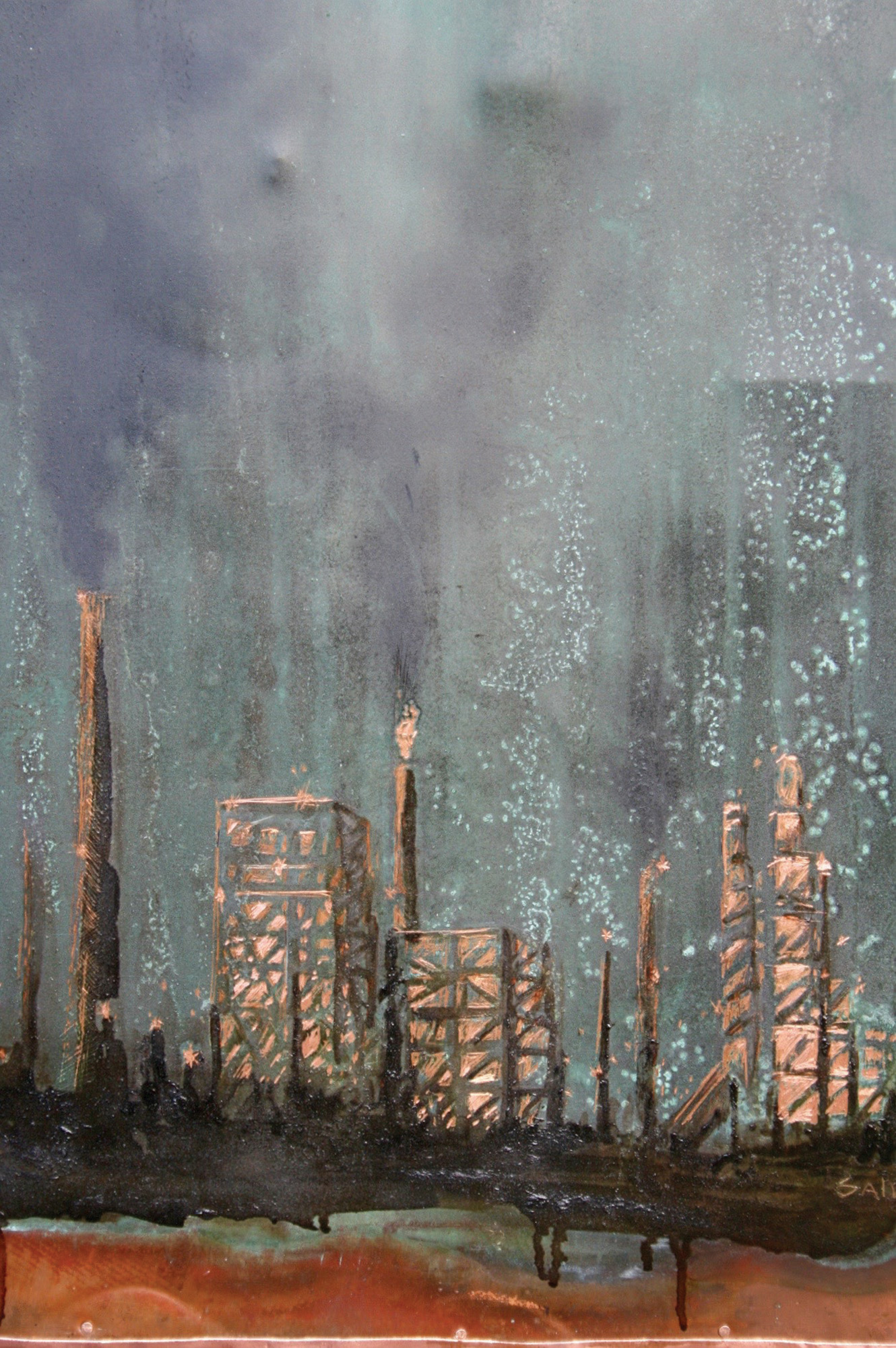 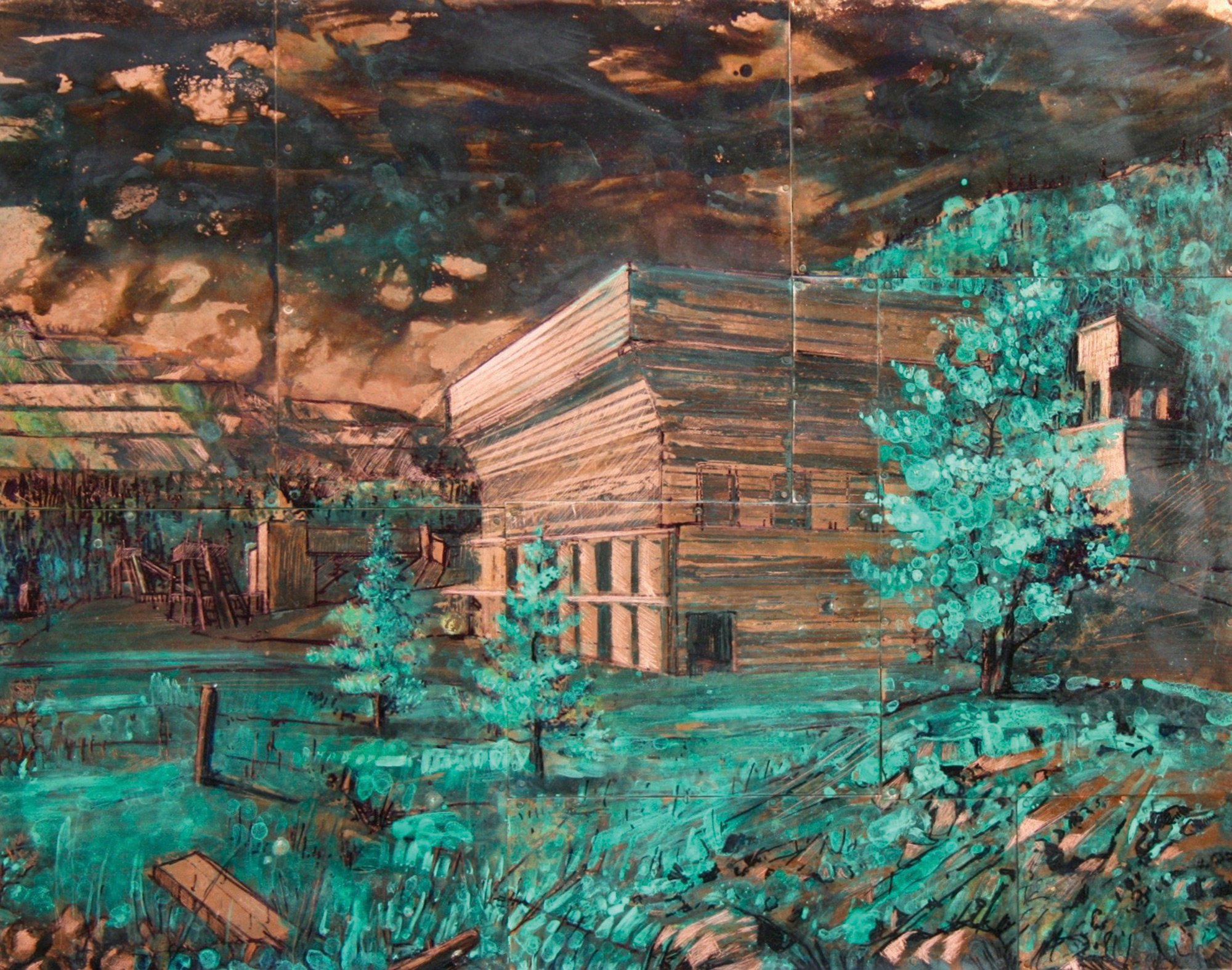 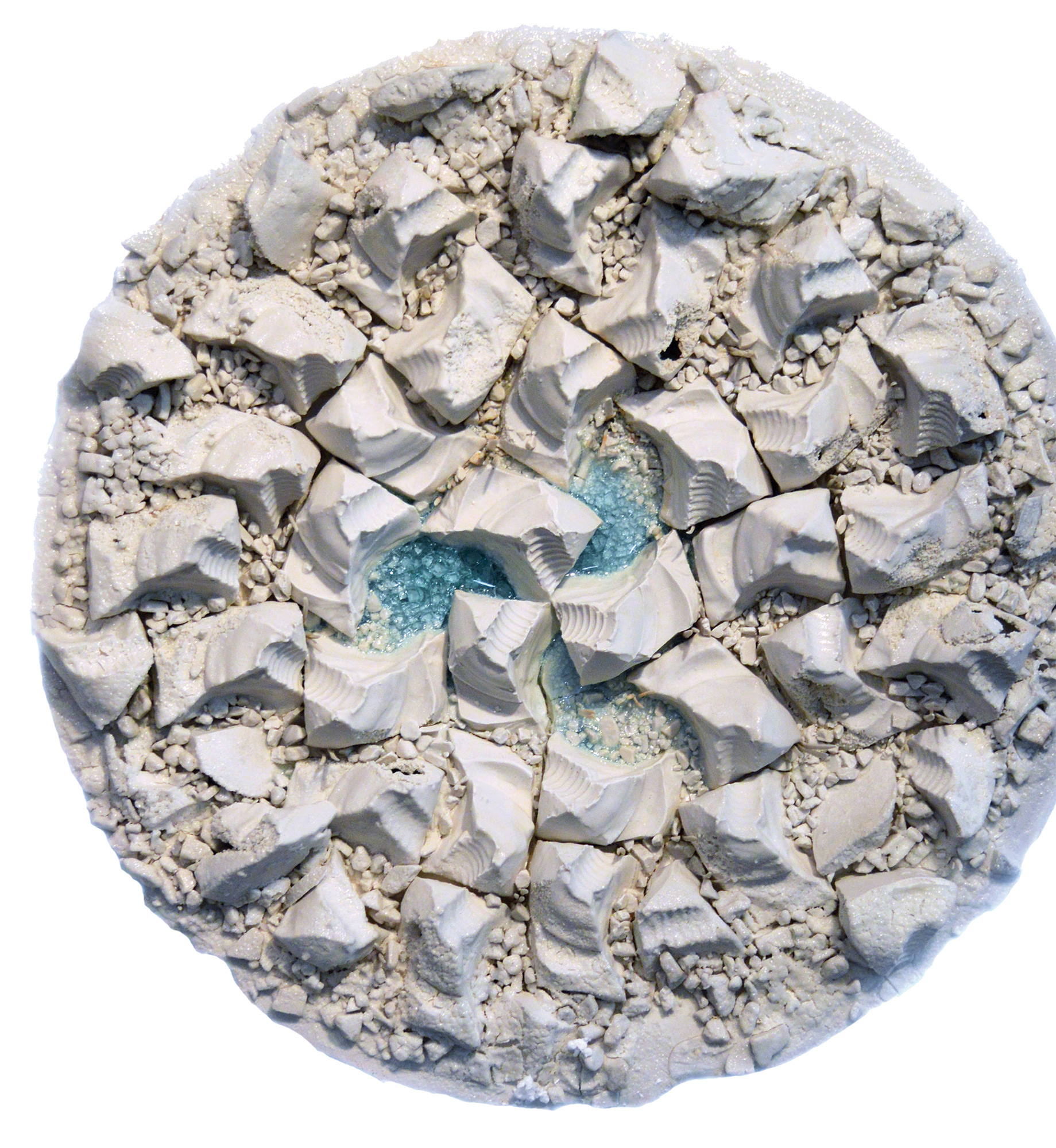 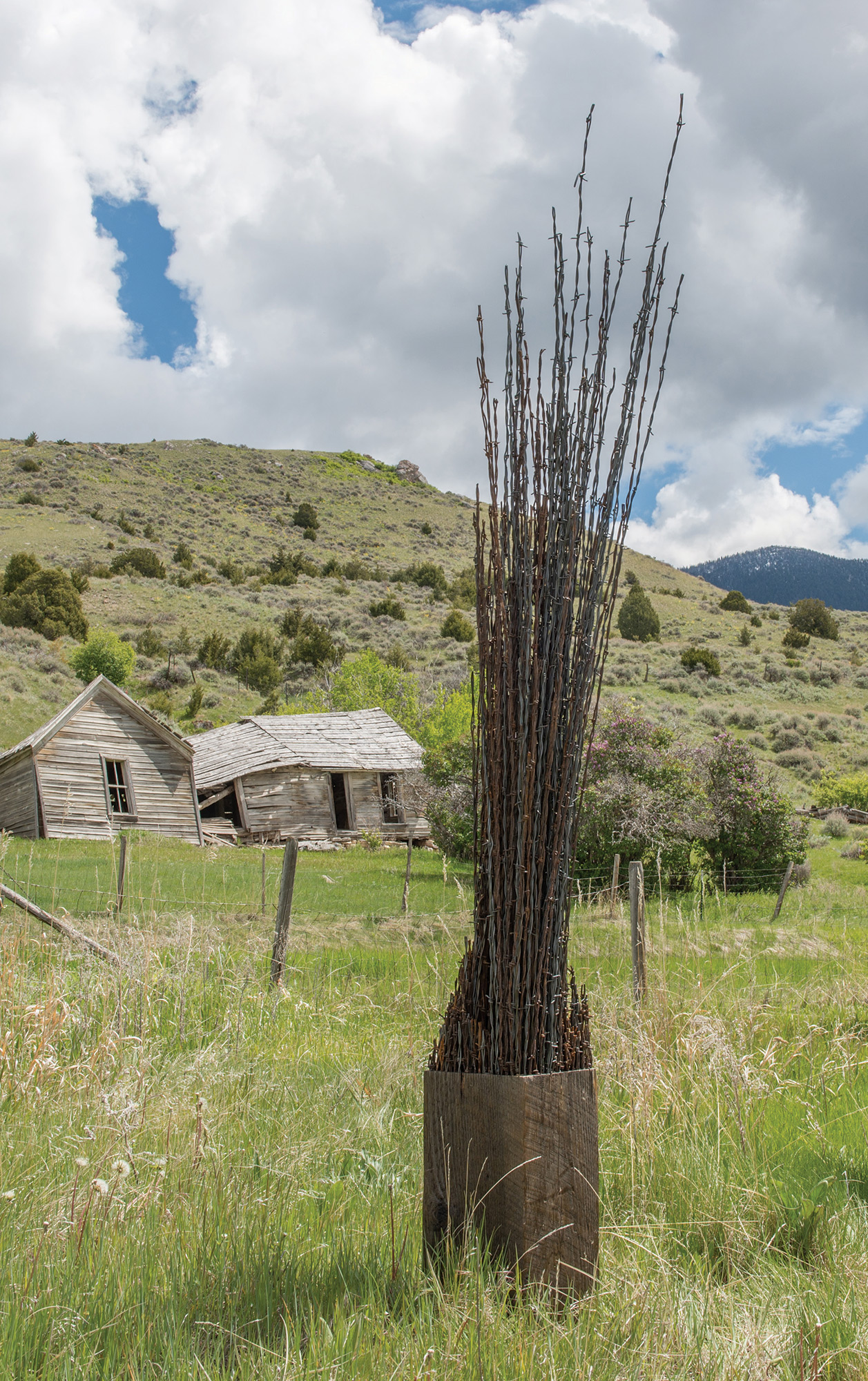