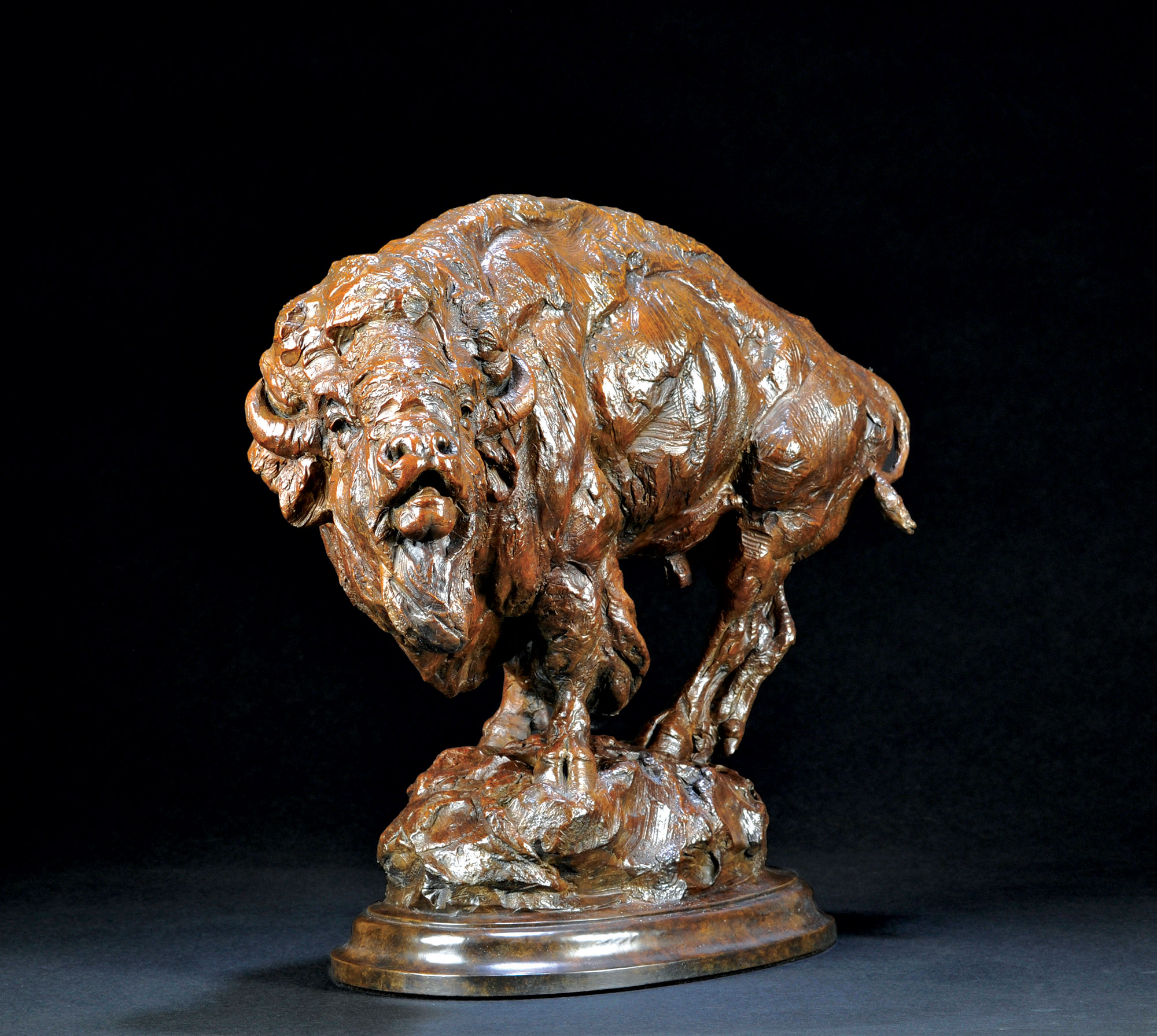 27 Nov Artist of the West: The Bronze Wildlife of Tim Shinabarger

in Winter 2016, Artist of the West Written by Michele Corriel Posted at 00:41h 0 Comments
Share

His sculptures are distinguished by his ability to bring out an authenticity that can only come from knowing how each animal inhabits its environment: how the moose reacts to startle, how a kudu moves in a herd. Shinabarger studies the bone structure, musculature, and native landscape of each animal he works on. “The first thing I do when I design a piece — and every detail is thought out beforehand — is think about the shapes,” he says. “When I was in Zambia looking at the kudu, I watched how they got up on a big anthill to look around. Then I used that information to create a sculpture. I figure out the big shapes then I discover where the little shapes fit in.”

Shinabarger has been with The Legacy Gallery (with locations in Scottsdale, Arizona, Bozeman, Montana, and Jackson Hole, Wyoming) for almost 25 years. Legacy’s general manager, Scott Jones, appreciates Shinabarger’s dedication to portraying all aspects of wildlife. “His understanding is deeper than just the anatomy of an animal,” Jones says. “When you look at his bronzes, people feel like they’re getting an intimate glimpse into that animal. A lot of his pieces have movement to them, which is difficult to do in bronze.”

The bronzes range from miniatures to monuments.

“I admire him simply because he can do anything,” Jones says. “He’s an avid outdoorsman, using his own reference material and his own knowledge of the animals. How they think, how they move, he captures all of that in what he does.”

When Shinabarger was in high school, he had his own taxidermy business, starting with small animals and moving on to larger ones. It is that kind of intimate knowledge of anatomy that is second nature to him, which may be why Jones notes that all of Shinabarger’s pieces are in high demand, even the ones that are no longer in circulation. “It shows he’s a consistent artist creating quality pieces.”

A few years ago, Shinabarger premiered 10 new bronzes at The Legacy Gallery. “I’ve never seen anything like it in the bronze world, in regards to the breadth of his work,” Jones says. “Right now, in the wildlife sculpture world, Tim has the most award-winning pieces out there. His sculptures are sought after by the highest caliber of collectors, and we see more and more museums going after his work.”

Shinabarger will soon have two pieces in the Museum of Wildlife Art, located in Jackson, Wyoming. He’s won numerous prestigious awards including the Prix de West Invitational Wildlife Award in 2014, and the Prix de West Sculpture Award in 2010. A monumental version of “Black Timber Bugler” will be installed at the C.M. Russell Museum in 2017.

Shinabarger is excited about the museum’s new acquisition. “I was born in Great Falls and my first exposure to any kind of art that I can remember was at the C.M. Russell Museum,” he says.

At any one time, Shinabarger has between 20 and 25 pieces in active circulation.

Collector Ed Wright first started following Shinabarger’s work more than 20 years ago, and he’s bought at least one piece every year since. 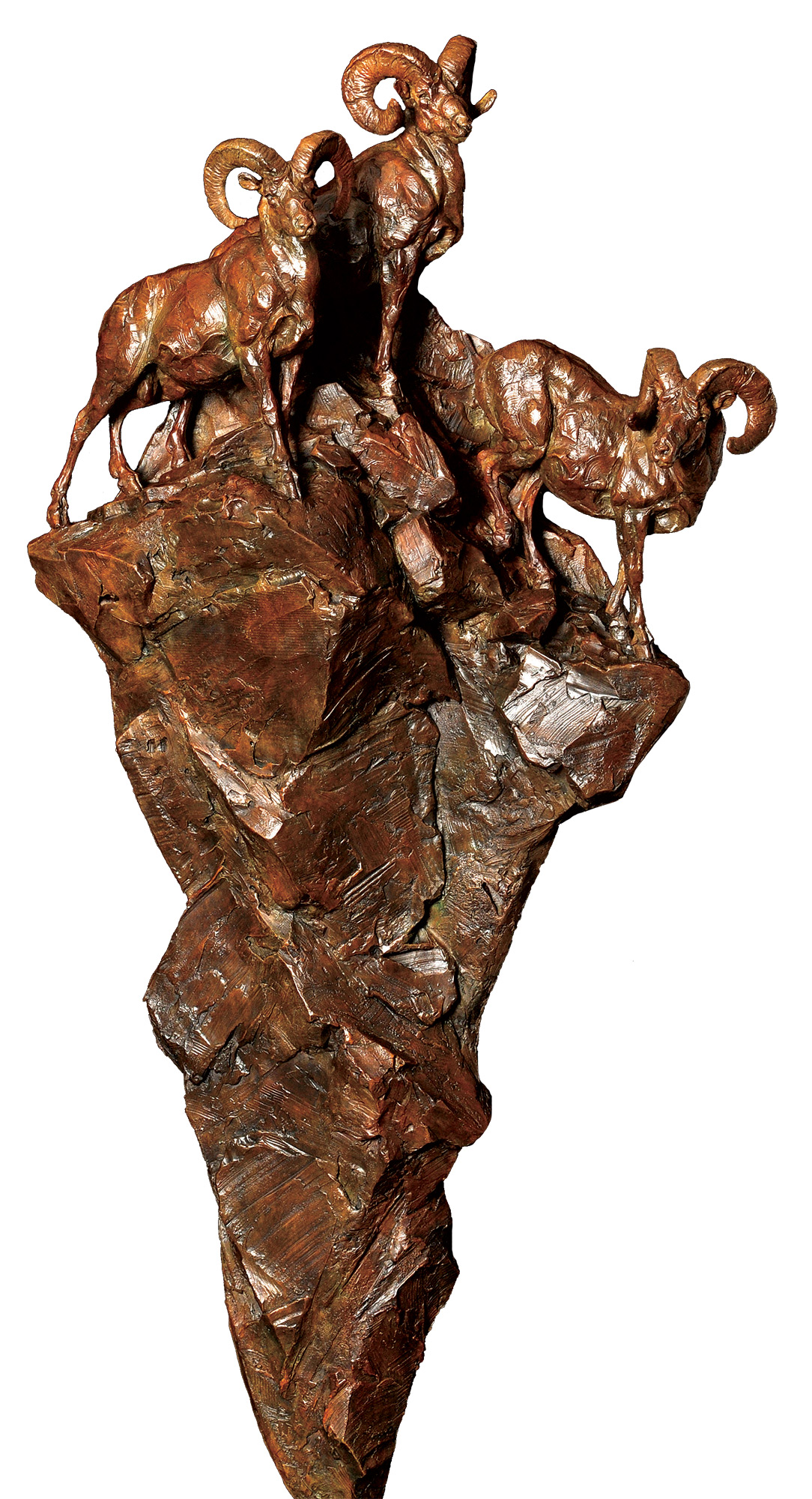 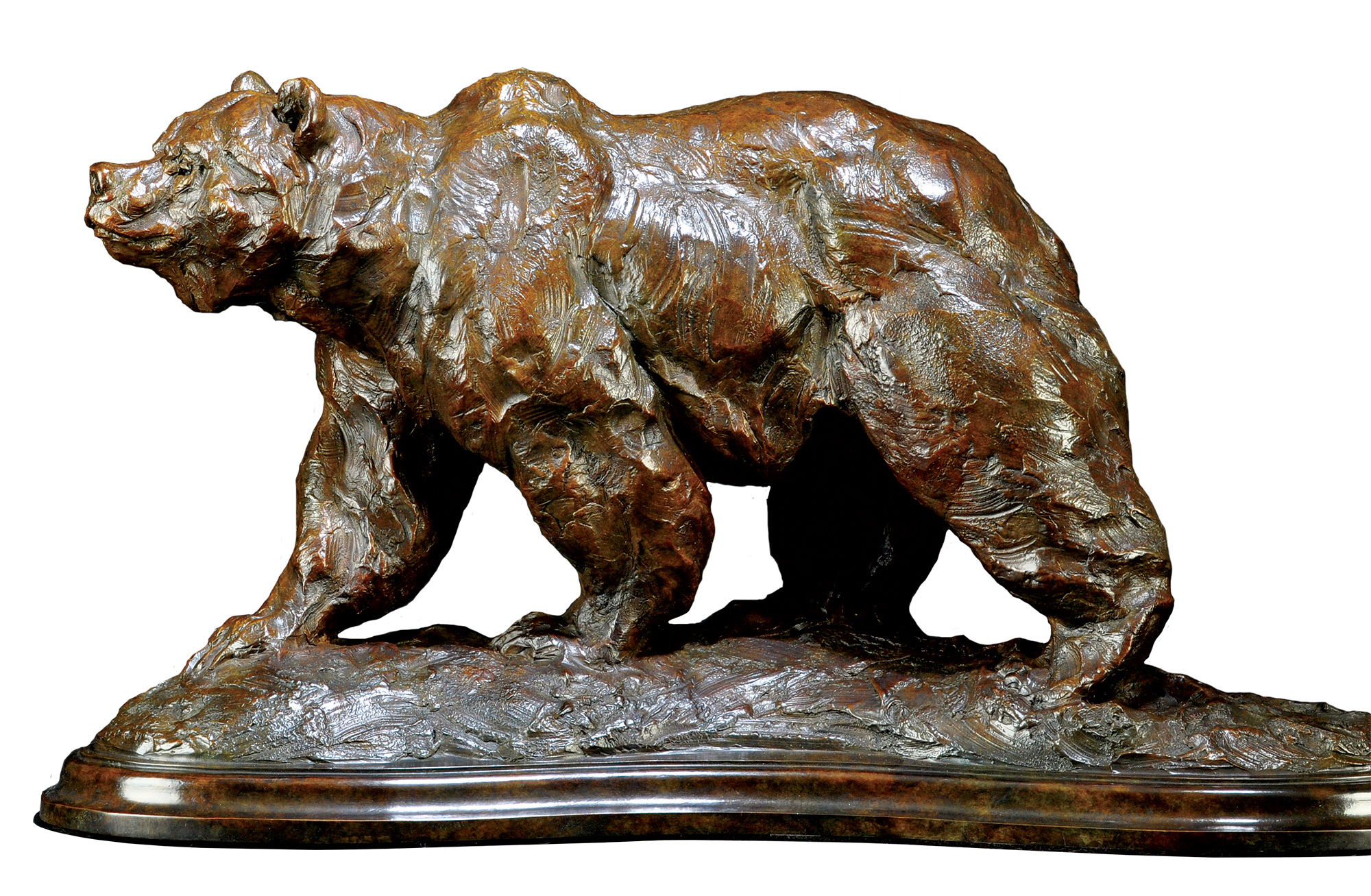 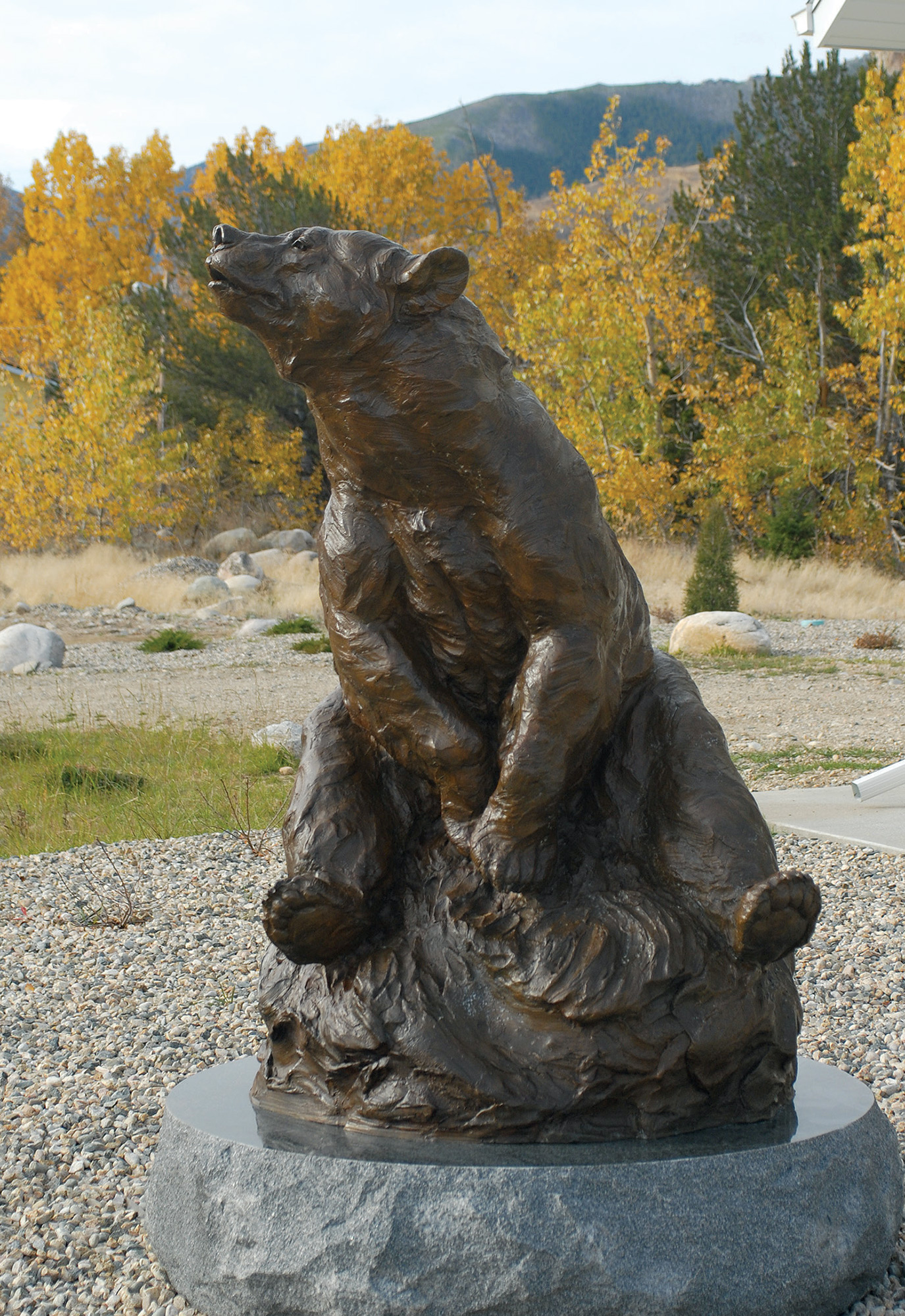 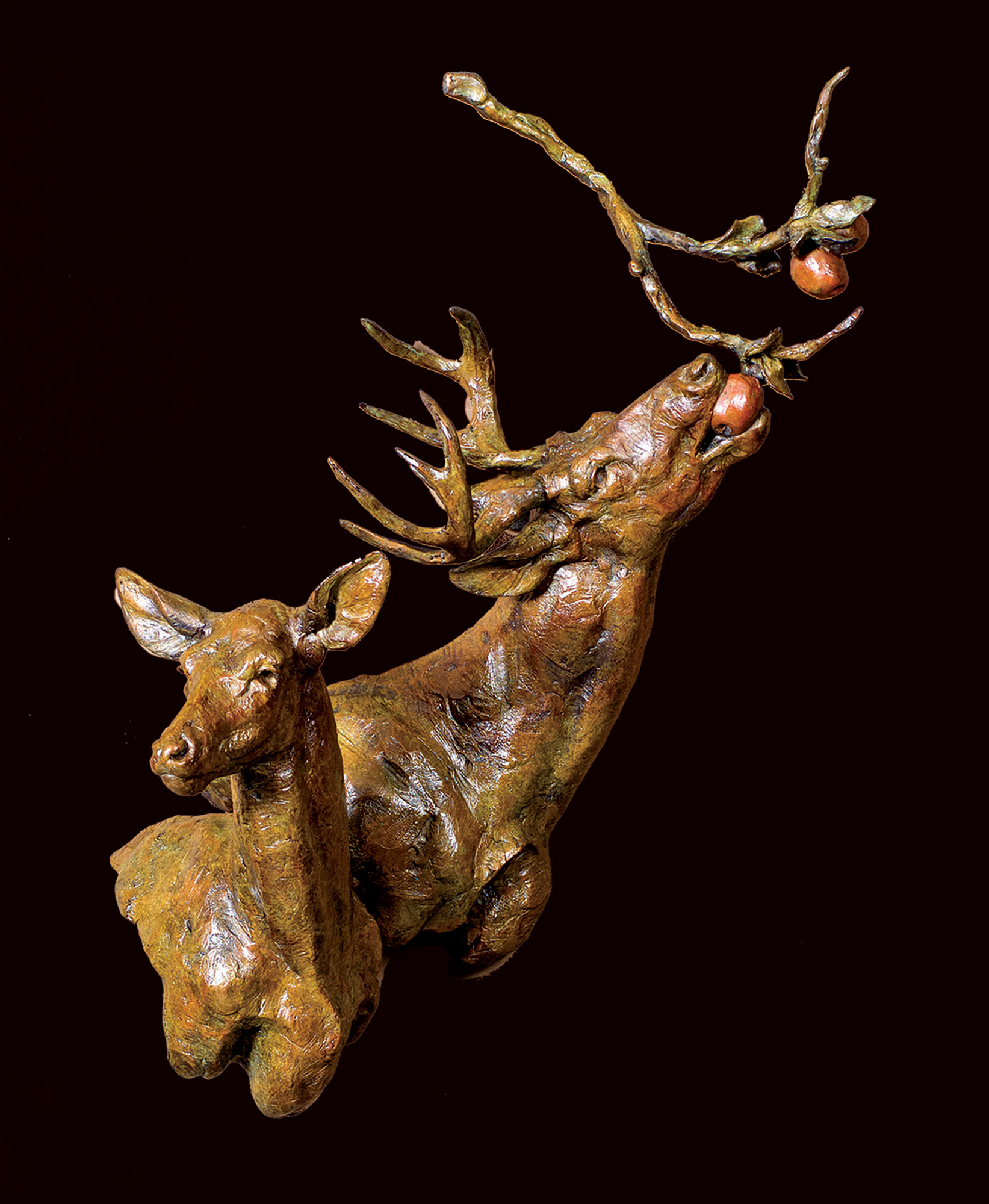 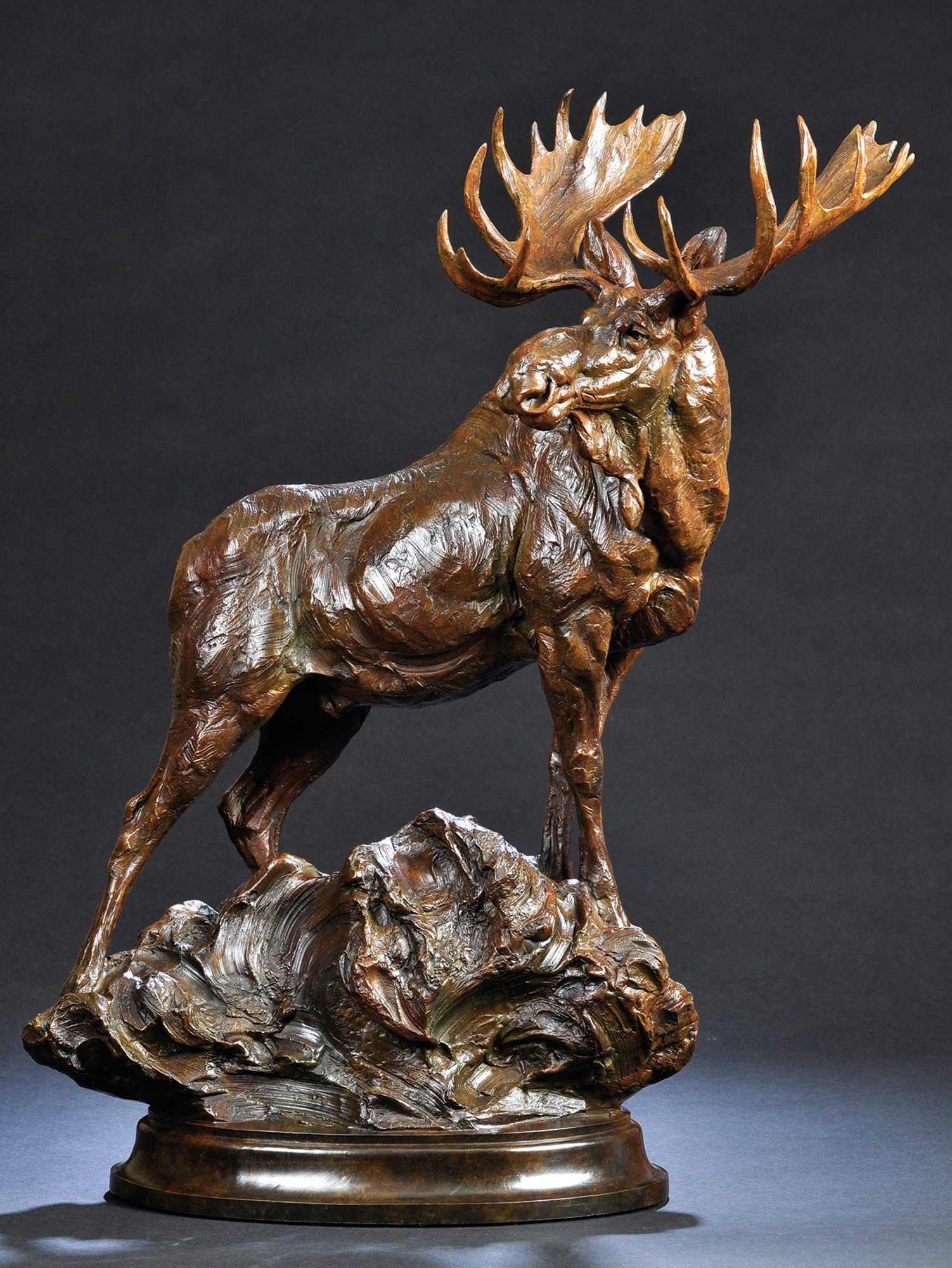 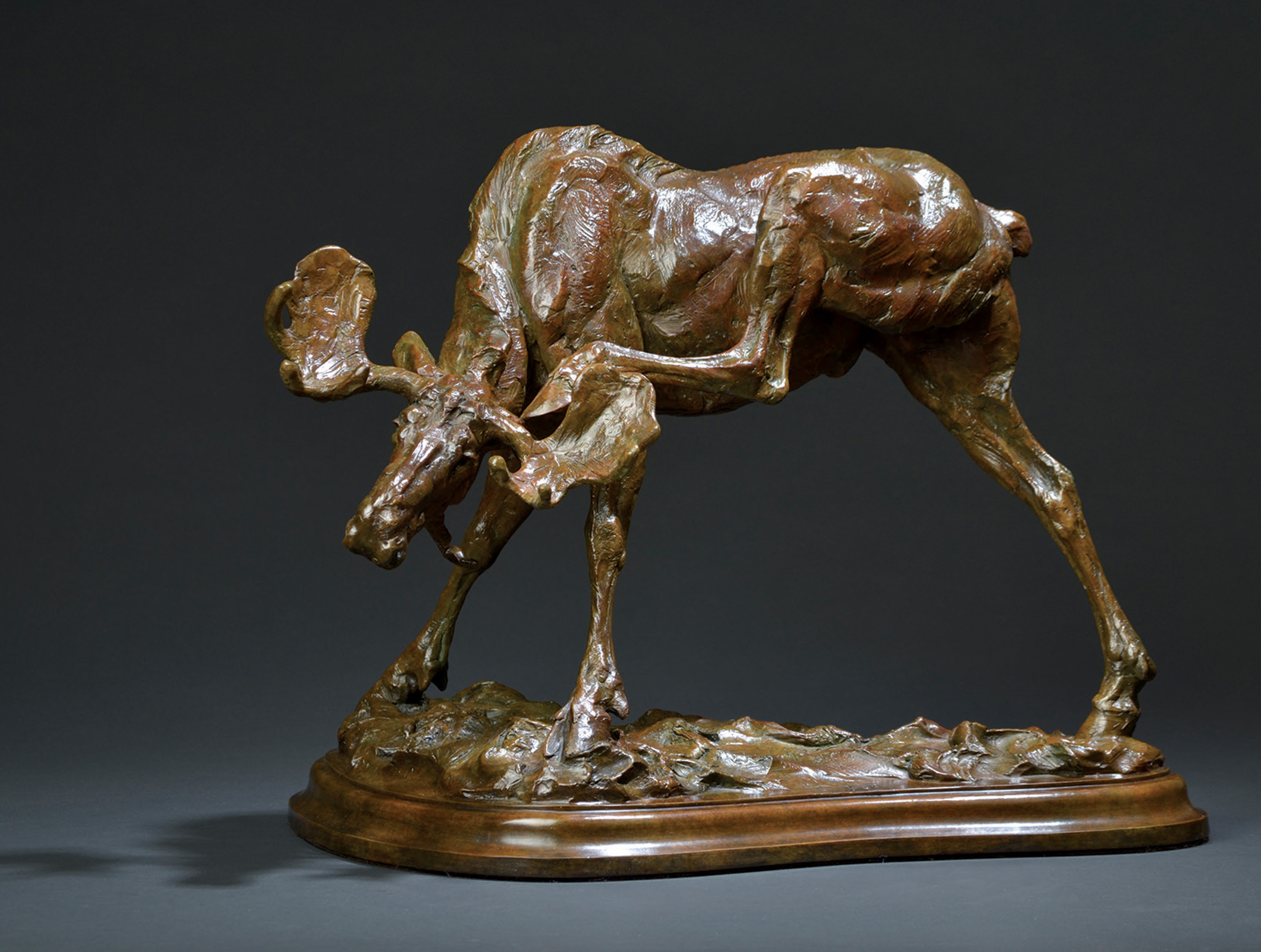