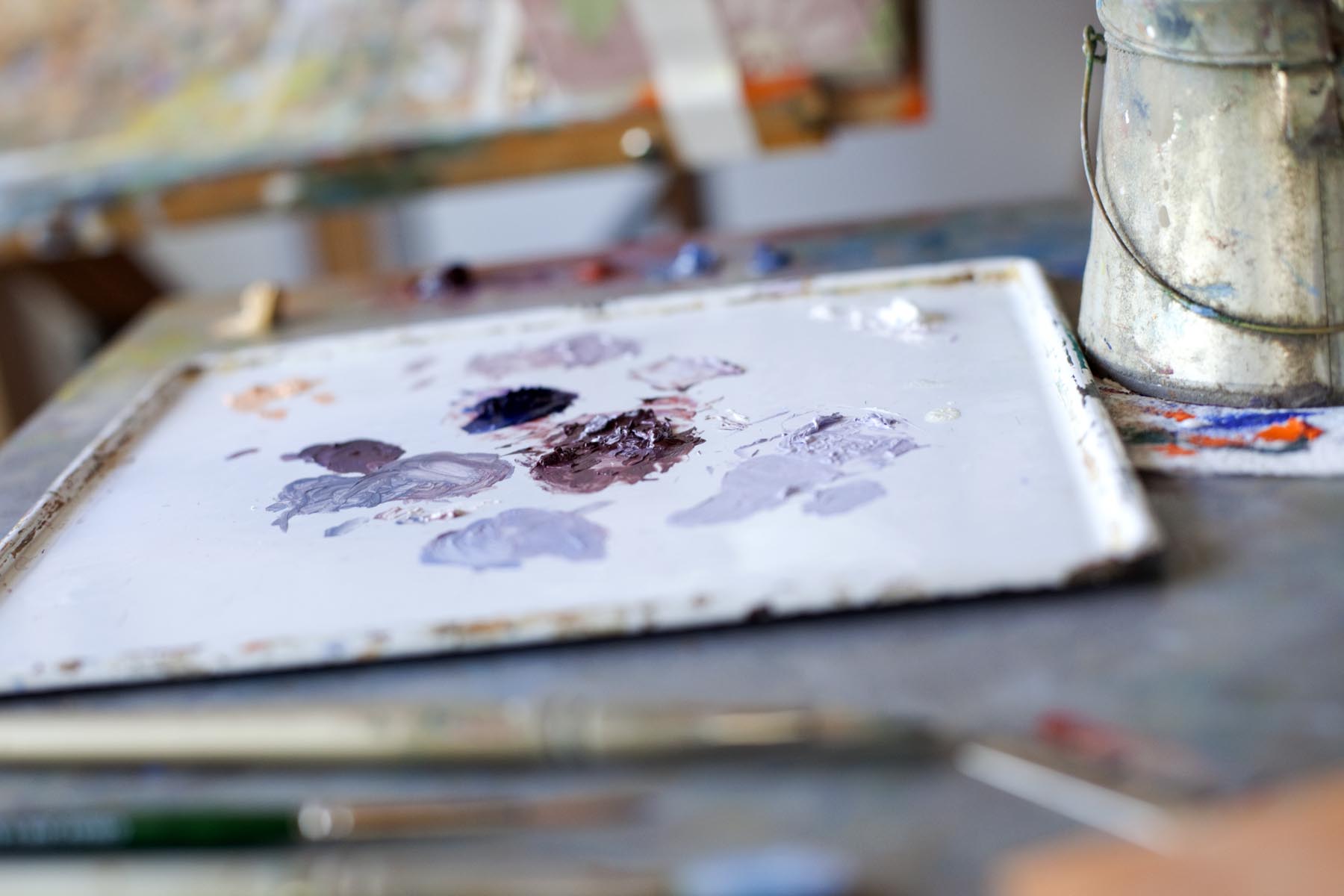 WITH ART CAREERS ENCOMPASSING DECADES and works hanging in collections throughout the world, Jessica Zemsky and Jack Hines, both age 91, will tell you that art is not only a way to connect with people and express the human condition, but it’s a way to live.

For the couple, art is an excuse to carefully watch the world, to travel, to meet fascinating individuals and to etch into permanence the memory of a certain bridge, blonde curl or Spanish dancer. It’s an excuse to look for amber light shifting through lace curtains, to learn about the history and culture of the West, and to trade cookies with neighborhood children for portraits. For Jack and Jessica, art is a reason to love and observe the beauty of life.

“Art gives you a direction for your thinking,” Jessica explained from their home in Big Timber, Mont., Jack’s hand resting tenderly on her shoulder. “There is no way in the world we could think of doing anything else to fill our time because it is the one thing that is so fulfilling.” The walls of their home are crowded with paintings too dear to sell, vivid reminders of world travels and personalities.

Jessica’s warm and colorful works often depict Montana home life in expressive detail and a loose, immediate style. While Jack’s work is representational, using contrast to create narrative images of cowboys, mountaineers and Native Americans or carefully composed landscapes. His recent work, a series of nudes that include poetry, depict what he “cares about most immensely in life,” his wife, Jessica.

Both of them took to art at an early age. Jessica, born into a second-generation Russian immigrant family in 1923, lived in Brooklyn, New York, for more than 50 years. She has memories of teachers praising her drawings in the first grade and she attended the Pratt Institute of Art and Design in 1941.

Jack was born and raised on the “coast of Nebraska,” a farm located a short distance from the Platte River, admittedly a limited cultural experience, he said. “I taught myself to be a sign painter, which I thought was some kind of art,” says Jack, noting that he finished art school at the Art Center School in Los Angeles, Calif., in 1947, returned to Omaha for a year, and then moved to “the mecca of advertising,” New York City.

Art brought the couple together in that bustling world in 1948. They worked in illustration, editorial and advertising, hand drawing signs, images and lettering before the advent of photography or computers for a freelance art studio.

“It was a nice bunch of people at the studio,” Jack said. “One day, they were all in a flutter, saying ‘Jessie’s coming, tomorrow. Jessie’s going to be here tomorrow!’ I thought, ‘Who the hell is Jessie?’ And so she came in, and something happened. She was just back from her honeymoon, that’s what happened! I was married already, very much to the wrong woman, but as soon as we began talking, it was just wonderful. We had lunch together that day.”

That moment marks the beginning of a 17-year friendship that evolved into hand-holding in Central Park and countless visits to the Metropolitan Museum of Art. A brave poem, an admission of Jack’s love, brought their romantic feelings to the fore, opening up “God knows how many miles of handwriting delivered in that form,” and leading to the eventual end of their respective marriages. Jack moved to Montana in 1972 to manage what is now Levi Strauss’ ranch near the Boulder River, with Jessica following three years later to start a life together out West.

They were married in their Big Timber studio in June 1976, picking wildflowers from the surrounding mountains as decorations and attending an art opening in Billings that evening. The couple quickly settled into Montana’s rhythm with their blue heeler, Phineas D. Barker, and began painting.

Their home studio, a second story addition with side-by-side workspaces, keeps the couple at an arm’s reach from one another. Countless books line the shelves and Native American artifacts, which Jack uses as reference for his work, are draped over the couch or hang from nails. Two giant speakers hang in macramé. A landline phone is muddied with paint-covered fingerprints; a bay window casts light over dozens of worn-bristle paint brushes and rainbow tubes of paint.

With help from an art student, the couple built a second studio, a log cabin along the Rosebud River, in 1977. Here, the couple watched the “viciousness of hummingbirds” from their lofted bedroom window and painted together — still an arm’s length away.  “There is an old movie called “The Enchanted Cottage”,” Jessica said. “A couple, far from being attractive, come to the cottage and they become beautiful. And that is what the cabin is about for us. It’s a magical thing.”

Beyond their individual careers, the couple has contributed to the Montana art community for decades by teaching workshops, through mentorships and by establishing the Northwest Rendezvous of Art in the ‘70s. Crafting an artful life also requires giving back, they explain. In 2013, Jessica donated 30 original children’s portraits to St. Vincent’s Pediatric Intensive Care Unit in Billings. The program is subsidized at almost $2 million a year through philanthropy, and her work, valued at $130,000 to $150,000, garnered additional significant donations. A coloring book, featuring each of these portraits, is also in production and reproductions of her original works hang in the nearby Fortin Children’s Clinic.

“It’s been very important in terms of moving the pediatric care in Montana forward,” said David Irion, president and CEO of St. Vincent’s Foundation, noting that prior to starting the program in 2008, hundreds of children were transferred out of state for intensive care. “[The paintings are] a bit of a refuge for [parents] while dealing with the challenge of having a child in intensive care. And at the same time, it’s a hope for better days ahead, because all of those images are images of how we aspire to live as Montanans.”

For Jack and Jessica, the pursuit of a lifetime of art has lead to many wonderful works and a well-curated life. 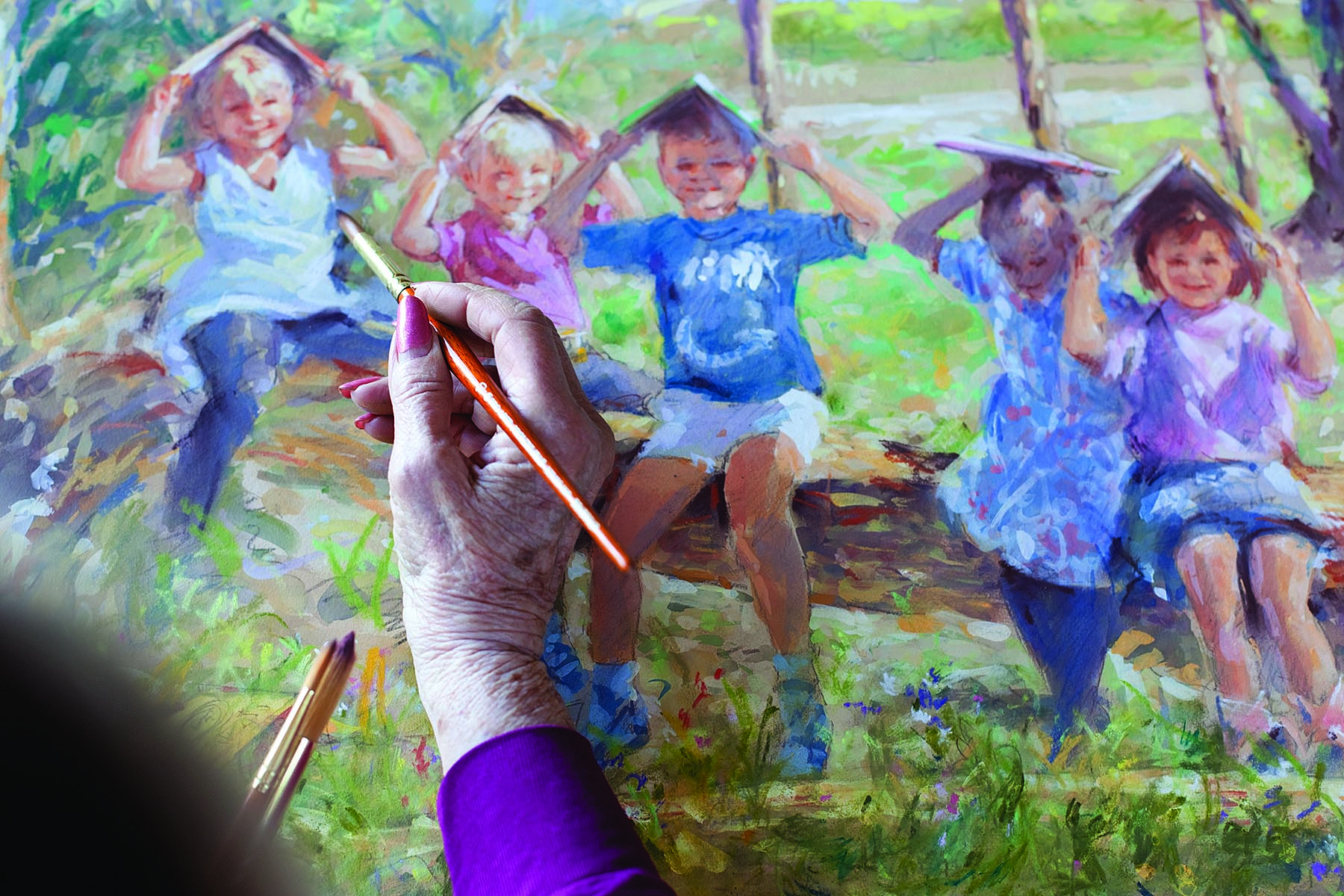 Jessica works on a portrait of local school children. “I really love the portrait thing because I really establish a tiding with the other person by the time it’s over,” she said. “I’ve done a lot of them over the years and I will always deliver them in person. That is some feeling — when this becomes something they treasure their whole life.” 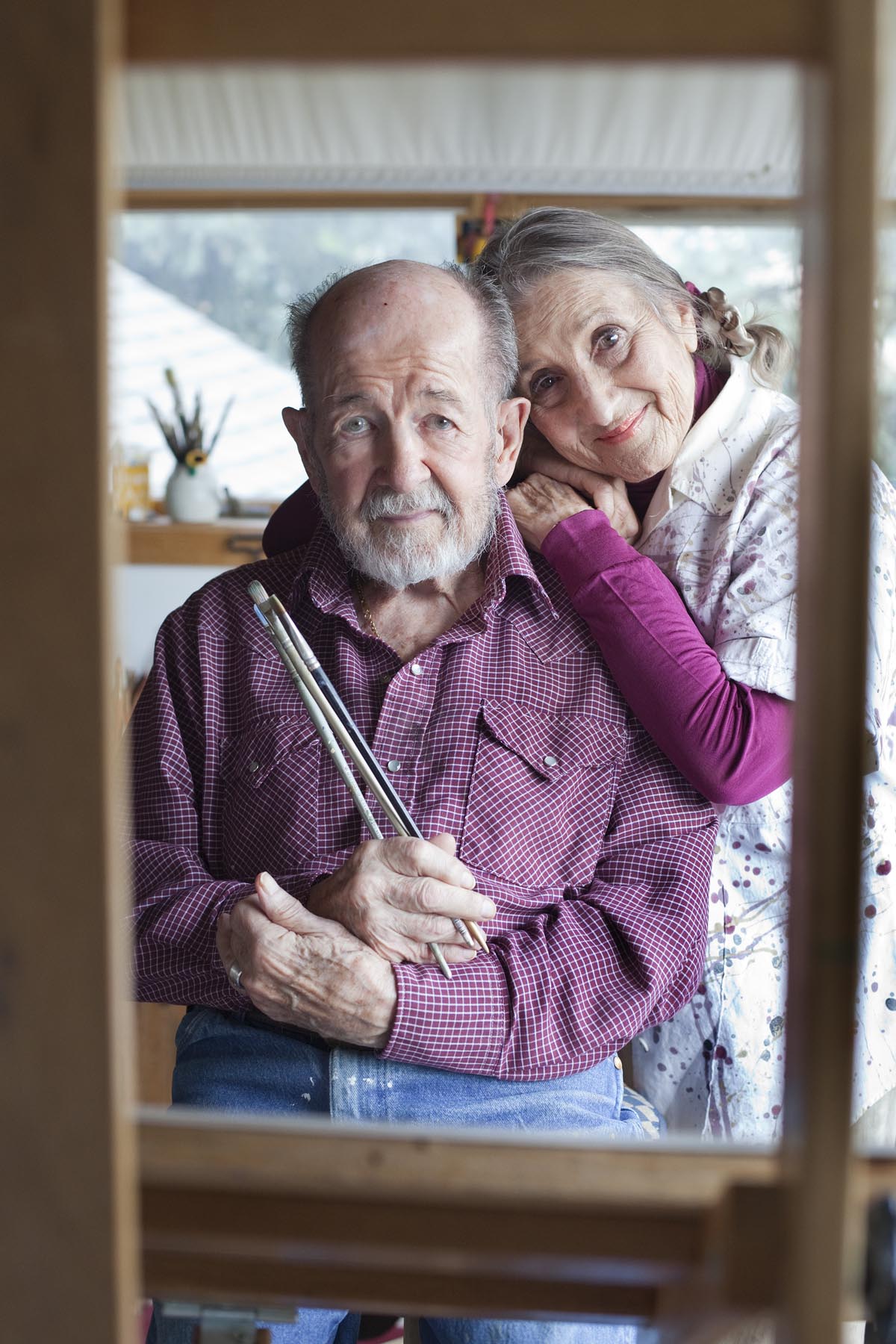 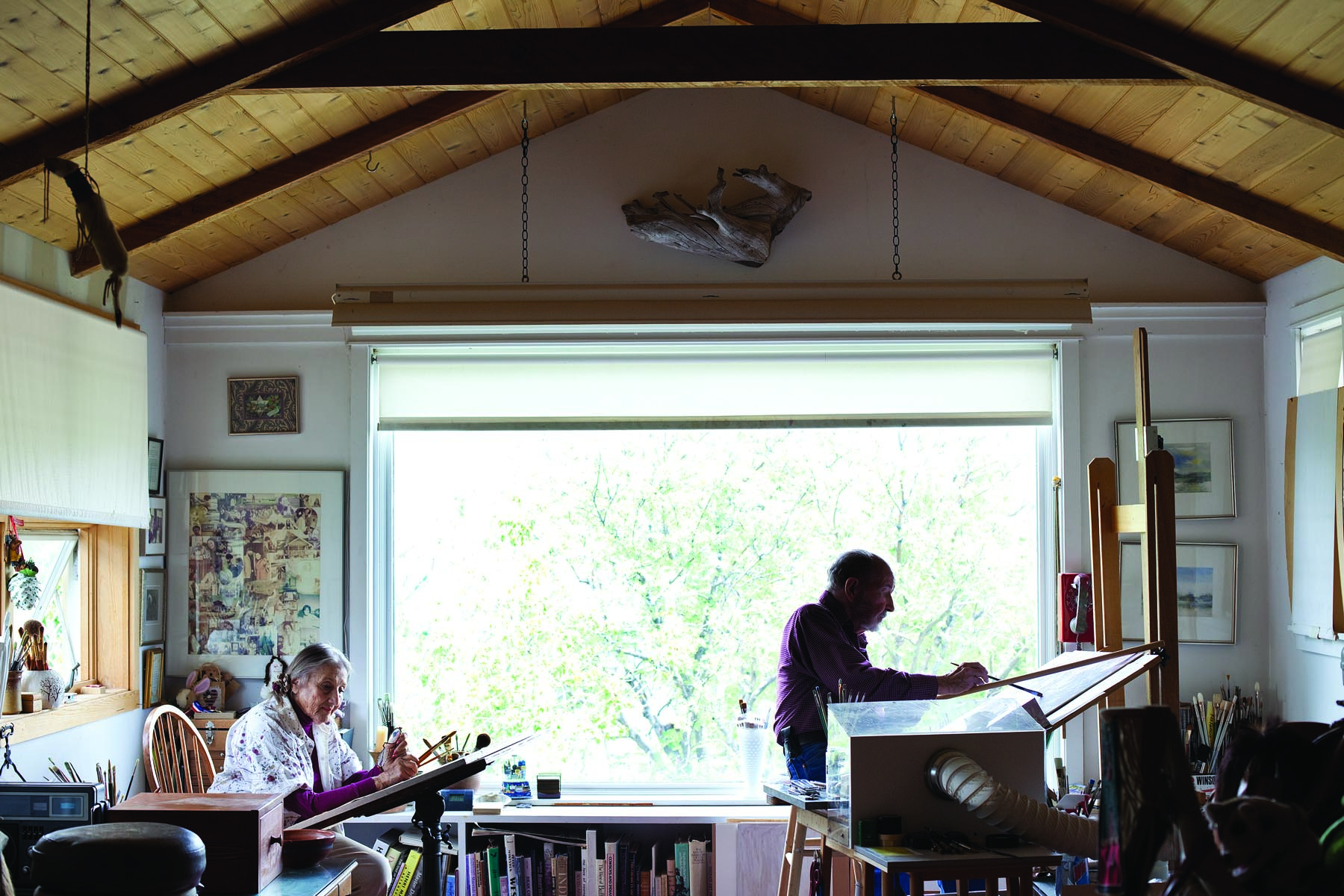 At age 91, Jessica and Jack continue to create art, often times working side by side. A recent show of their work, Insieme, took place in Red Lodge in July 2014. 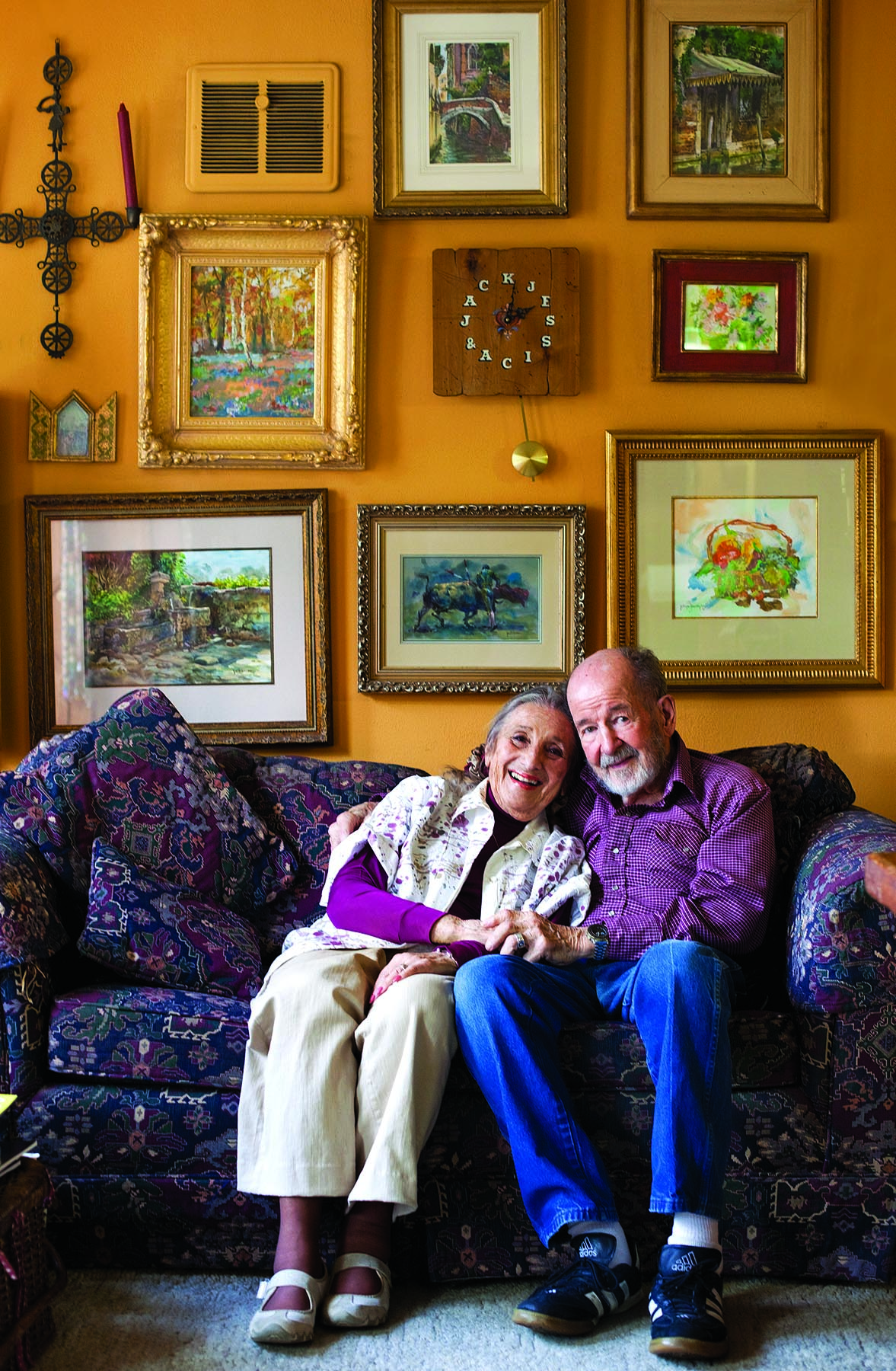 Jessica and Jack in their Big Timber home, surrounded by artwork that recalls important moments from their lives. “Life is good. I recommend it,” Jessica said. 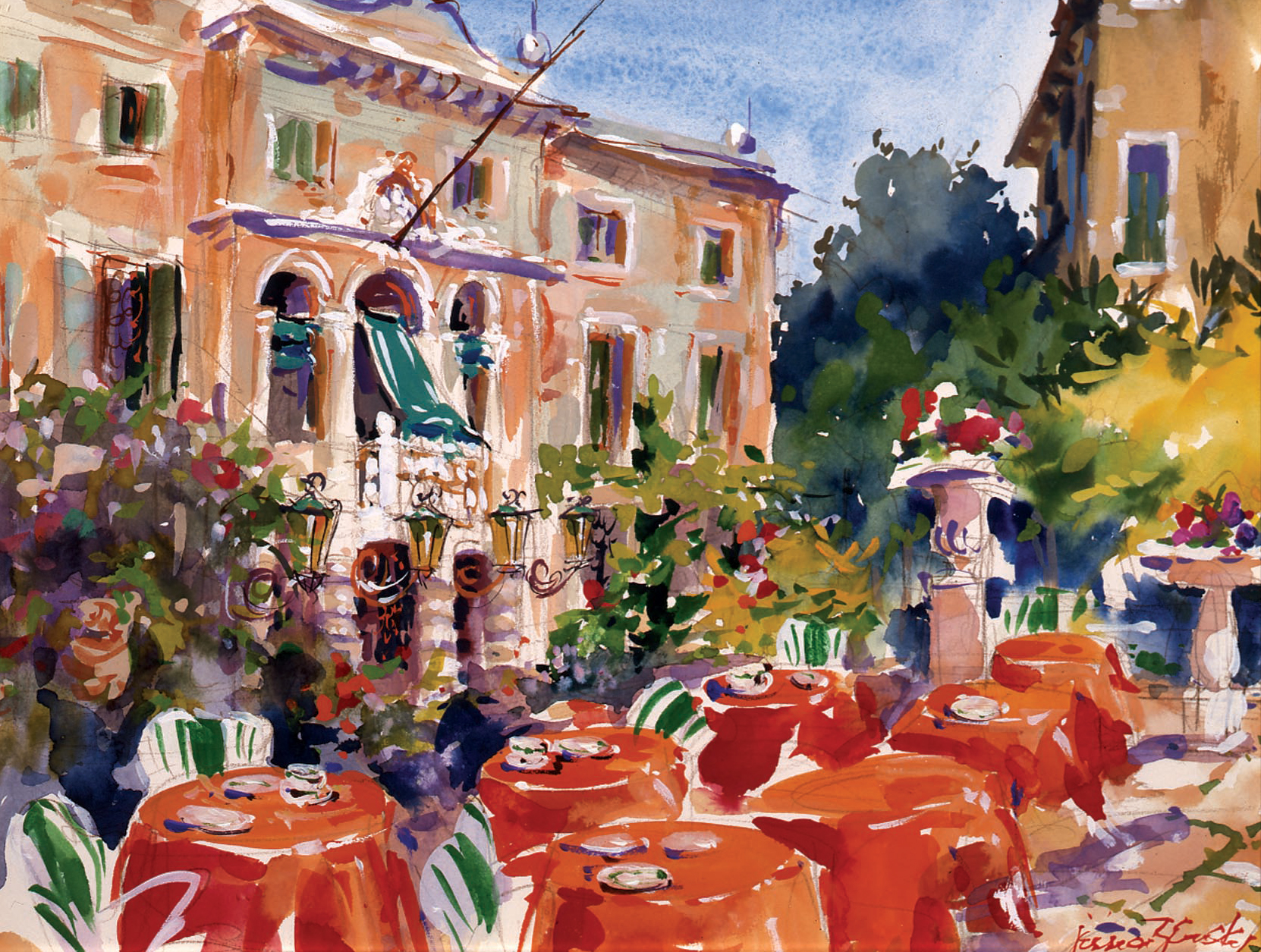 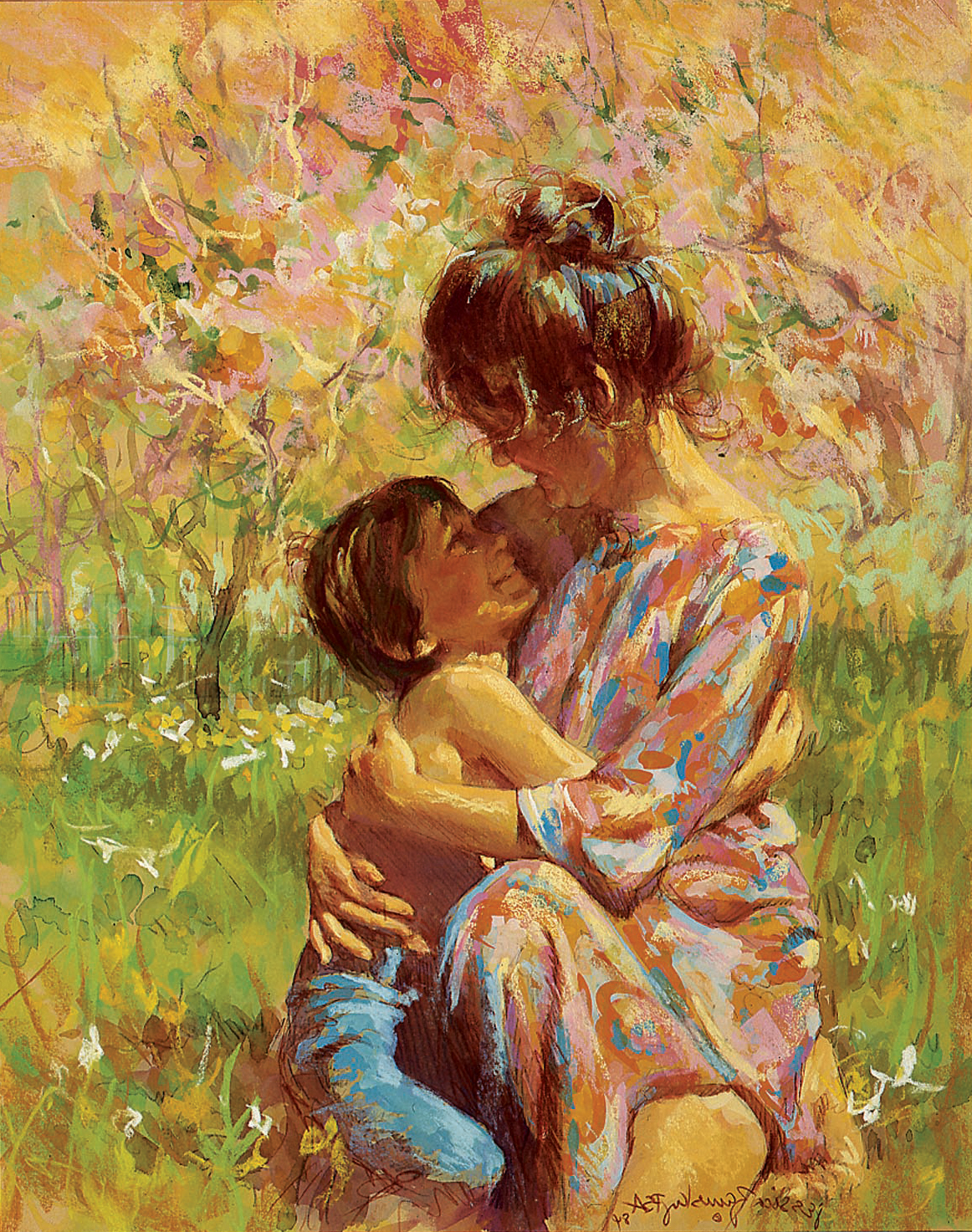 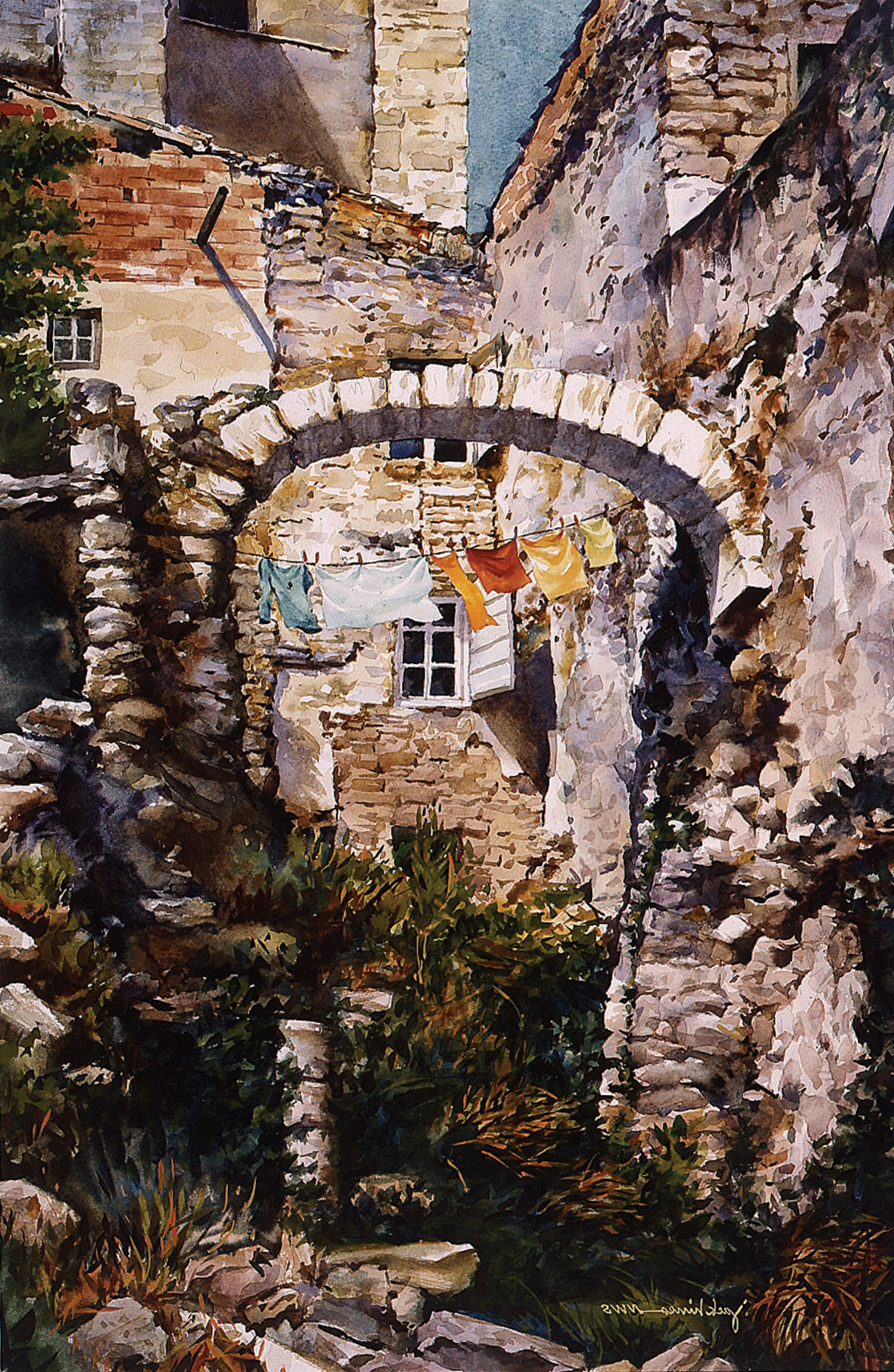