Film highlights include Beirut, starring Jon Hamm and Rosamund Pike, Leave No Trace directed by Debra Granik, Lynn Shelton’s Outside In with Jay Duplass and Edie Falco, On Her Shoulders, winner of the U.S. Documentary Directing Award at Sundance, and the U.S. premiere of Nona produced by and featuring Pioneer Award recipient Kate Bosworth.

The festival will open March 14 with the documentary Science Fair, which recently won Sundance’s inaugural Festival Favorite Award, and close with the Finding Your Feet on March 18. Additional films, including the slate of selected short films, will be announced on the festival website at a later date. The film slate can also be viewed here. 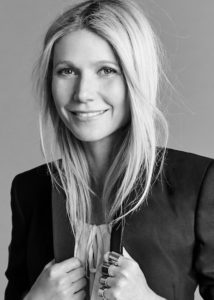 Headlining the 2018 Festival is acclaimed actress and lifestyle guru Gwyneth Paltrow, who will receive the Vision Award and participate in the Festival’s Coffee Talks series. Award-winning writer/director Lynn Shelton will host the Screenwriters Lab, sponsored by Variety, and screen her film Outside In.

A rising star among boutique festivals, SVFF brings together filmmakers and special guests from around the world for an unforgettable weekend of intimate talks with industry insiders, film and television screenings, and fabulous parties. Highlights from the 2018 slate include the Screenwriters Lab, presented by Variety, Nat Geo WILD’s Salon and WILD to Inspire competition, the SVFF Film Lab and more. A combination of cutting-edge content and unprecedented access in Sun Valley’s cinematic setting makes SVFF a “can’t miss” in this year’s lineup of destination festivals. For Sun Valley Film Festival details and tickets, visit: www.sunvalleyfilmfestival.org.